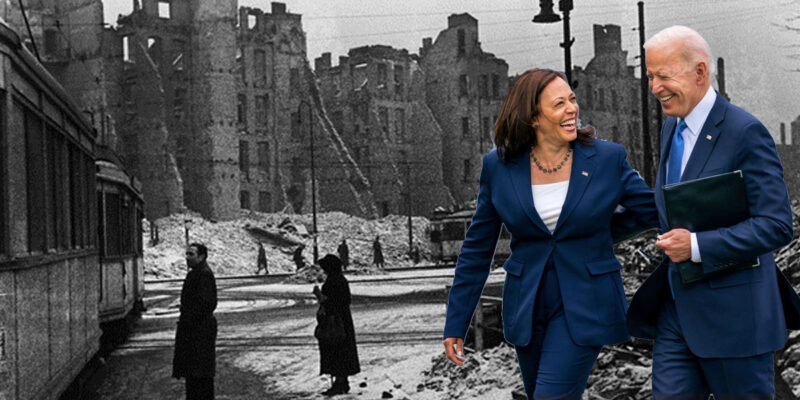 Last month, I reported on the terrible situation regarding inflation. Welcome back to last month, because the consumer price index (CPI) for this month is 8.2%, virtually unchanged from last month’s 8.3%. The 8.2% increase is much worse than economists had expected. It proves that no real progress has been made in the war against inflation, despite the passing of thirty more days and another steep hike in the federal funds rate. In fact, the CPI went up .4% in September alone, even after all the previous rate hike increases!

To better illustrate what inflation is and what it does, look at it this way: You have a dollar in your pocket, OK. It looks just like the dollars you had in your pocket last month. It could even be one of the same dollars you had in your pocket last month. That dollar bill hasn’t changed, but the amount of goods and services it buys can change, especially if you are being governed by incompetent leftist ideologues who do not understand or even care about basic economics.

To further illustrate, if I purchased a gallon of gas at the pump in January, 2021, for $2.25 per gallon, and then I have to pay $3.91 for a gallon of the same gas in October, 2022, the dollar and sixty-six cent difference is inflation, and the seventy-four percent change in price is the inflation rate. Likewise for an apple which goes up by five cents, or a lawnmower which goes up by $50, or a service like mowing your lawn which goes up by $10 a week.

Now here’s inflation’s dirty little trick: Recall that the CPI went up by 8.2% over the same time last year. You could say that prices went up 8.2%, or the purchasing power of your dollars went down by 8.2%- it’s the same thing, actually. That dollar bill in your pocket can now buy only 91.8 cents in goods and services. That $10,000 in savings that you worked so hard to accumulate is now worth only $9,180. Maybe you received a raise over the last year to make up for some or all of your lost purchasing power, but you still lost 8.2% of every dollar you own.

How is that possible, you may ask? Annual inflation  was under 2% when Donald Trump was president less than two years ago. What happened? Joe Biden and Progressive Democrat control of Congress happened. Elected as a “moderate“ Democrat, Joe has been anything but moderate, and the Democrat Party is now effectively run by Progressive Socialists (read ‘Marxists’), who do not understand or care about traditional economics.

Against the advice of virtually every sane economist in the United States, Biden and the Progressive Democrats have continued to spend trillions and trillions of dollars at a relentless pace since the day they took office, all in the name of equity, green energy, pandemic relief, and any other woke causes they could think of. And once you start flooding an economy with trillions and trillions of dollars, prices go up. There is simply too much money chasing a limited number of goods and services, so people start paying a little more to get what they want while it’s still available. That’s what causes inflation, and it is going to get a lot worse before it gets better.

But Biden and the Progressive Democrats will keep on spending until they are stopped by the voters of this great nation, or the United States effectively goes broke and our economy is virtually destroyed. That’s what woke Progressive Democrats do because they don’t understand anything about business or economics as so few of them have ever held a real job. You don’t get real-life business experience as a community activist or a government bureaucrat.

Their incompetence is stealing the purchasing power of our hard-earned money right out of our pockets, every minute of every day. Here it gets a bit complicated, because to bring down inflation caused by the President and Congress, another branch of the government, the Federal Reserve, must continue to sharply raise interest rates in order to cool down the economy and reduce demand. We are now virtually assured of huge rate hikes (.75% per month?) through the end of the year and likely beyond.

Borrowing money to buy a house, finance a business, or just to pay our bills, has already become a lot more expensive, but it’s about to get worse. People will therefore buy fewer houses, cars, refrigerators, etc., and as businesses get hurt, they will be forced to lay off workers. In all likelihood, millions of our fellow citizens are soon going to be out of a job, and almost everyone’s real wages will go down as the current recession bites deeper and deeper into our daily lives.

As I wrote last month, this awful mess should make you mad, because it was all foreseeable and avoidable, but Joe Biden and the Progressive Democrats had higher priorities than you, your family, and your country. However, you can stop this insanity by voting Republican on Tuesday, November 8th!