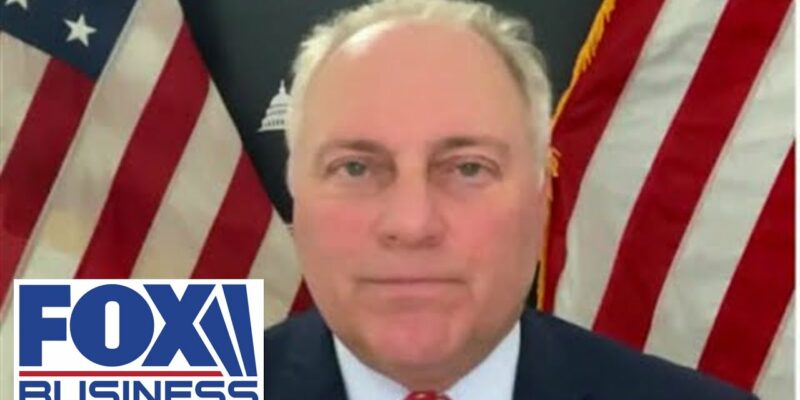 It’s a pretty good 11-minute segment, though there isn’t a whole lot in it that you’d find surprising from the House Minority Whip. That said, Steve Scalise does a pretty solid job of stating the GOP’s case for the November elections in this appearance on Larry Kudlow’s Fox Business show.

They cover pretty much all of the major issues in the election – energy, inflation, Biden’s student loan cancellation, immigration and the border, and so forth. Scalise is good on all of it.

But how right is he about the prospects for the party retaking the House?

Well, notwithstanding the drunken ramblings of Nancy Pelosi to the contrary, it seems pretty clear that Republicans are going to recapture the majority in the House.

Bear in mind that because Democrats are so highly concentrated in so few districts, that generic ballot advantage usually plays a lot bigger in the swing districts – so just being even with the Democrats will generally translate into adding lots of seats.

According to Real Clear Politics’ map, there are now 219 seats – enough for a majority plus one – which rate as “lean Republican” or more, as opposed to only 182 seats which “lean Democrat” or more.

Meaning RCP rates 34 districts as toss-up races. Should half of those fall to the GOP, you’re looking at a 24-seat gain (currently there are 212 Republican House members) and a 236-199 majority. RCP is projecting a 23-seat gain, which would put the number at 235-200.

Where Pelosi gets the idea the Democrats would gain seats this cycle, other than from a bottle of vodka, we can’t say. She won’t be the House Speaker by the second week of January.

The guess here is that events will drive the red wave which is coming. The economy is teetering on the brink of a depression, America is teetering on the brink of a world war, our government is descending into tyranny with the weaponization of the FBI and the intelligence community and we’re governed – or at least so goes the facade – by a man who is demonstrably senile and quite apparently compromised by bribery on the part of hostile governments.

None of that is a good look, and the Democrats lack much of an effective counterargument. MAGA Republicans are extremists? You’re trying to take away our gas-powered cars and turn little boys into little girls! Who’s extreme?