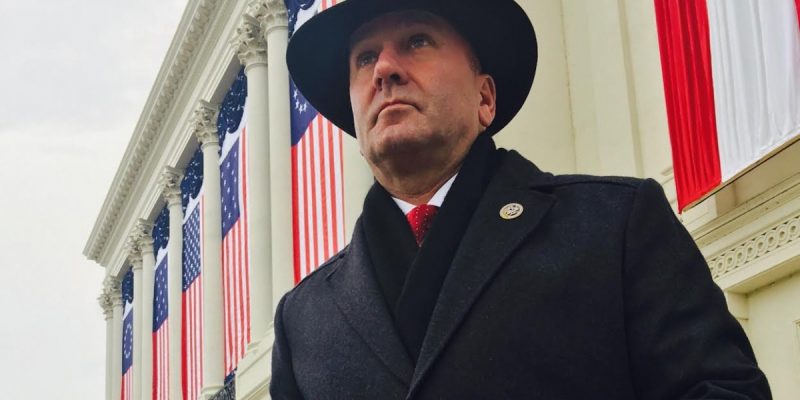 History has shown that the party of the president typically loses seats in the midterm elections and that has occurred in the U.S. House of Representatives although we don’t yet know how large the Republican majority may be.

Regardless, Republican control of the House—the chamber in which the Constitution requires that spending bills originate—will be enough to block the Biden Administration’s legislative agenda and reckless spending spree.  That is why winning the U.S. House of Representatives is a galactic victory for all Americans and Louisianans.

At the time of this writing, it appears that Democrats have won the Senate races in Nevada and Arizona.  If these results hold under scrutiny, the December runoff in Georgia between Herschel Walker and his socialist democrat opponent won’t determine Senate control but would return the 50-50 split that has been in place for two years, and since the last Georgia runoffs of 2020.

In terms of the interminably long ‘vote counting’ process, I always find it inexplicable that in such a technologically advanced age in which most information is instantly available at one’s fingertips, where we’ve gone to the moon and are now returning to space, we cannot seem to count votes more quickly for an election we know for certain will occur every two or four years.  Perplexing and suspicious, in my view.

In the U.S. House, the new majority could be from plus 5-15 seats. Regardless, it will be a Republican House Majority which certainly bodes well for Louisiana.  U.S Rep. Steve Scalise will likely become the 2nd ranking Republican in the U.S House while our very own U.S. Rep. Mike Johnson will also hold one of the top Republican leadership spots. It’s even possible one of them might jump Kevin McCarthy to become Speaker of the House, though that is still to be determined.

This is in addition to the committees U.S. Rep Johnson already serves on, the Judiciary Committee, as well as the Armed Services Committee, including specifically the Subcommittee on Readiness as well as the Subcommittee on Cyber, Innovative Technologies, and Information Systems.  These important committee assignments allow Rep. Johnson to continue to protect Barksdale Air Force Base as well as Ft. Polk and other military interests throughout Louisiana.

The larger point to feel positive and encouraged about is that for Louisiana, as small as we are comparatively, to hold two of the top leadership spots in the U.S. House is remarkable!

Further, in northeast Louisiana, U.S Rep. Julia Letlow of the 5th Congressional District will be serving on the House Appropriations Committee which is invaluable to our state.  She will be uniquely positioned to address and protect key funding issues across our whole state.  She will also serve on the House Agriculture Committee, including specifically the Subcommittee on Agriculture and Rural Development, which is so very important to our rural, heavily agricultural state.  This also means when the next national Farm bill comes up, she will have direct input into the development of the legislation.

Still further, U. S. Rep Clay Higgins of Lafayette will become a high-ranking member of the Committee on Homeland Security Committee.  This will allow him to have direct input regarding the invasion on our southern border of illegal aliens.  He can directly address the issue of illegals and the drugs (fentanyl is killing hundreds of Americans daily across the country), theft, crime, terrorists, and human trafficking that accompanies them.  As we know, states like Texas and Florida, in particular, have been burdened with the enormous financial and social costs of a flood of illegals into our country.

Additionally, U.S Rep. Garret Graves of Baton Rouge currently serves on both the U.S. House Transportation and Infrastructure Committee as well as U.S. House Natural Resources Committee.  Both of these committees provide Rep. Graves with the ability to directly influence policy regarding flood control, hurricane protection, and coastal restoration, all critically important needs for our state given the extreme weather events with which our beloved Louisiana annually battles.

As we conclude a challenging and yet successful year there is much for which to be grateful in the new Congress.   With all of our prayers and best efforts, our state and our country will continue to move forward through our brilliantly constructed governmental structure and under the watchful eye of our Founders who gave us what President Lincoln described as this ‘last best hope of earth.’