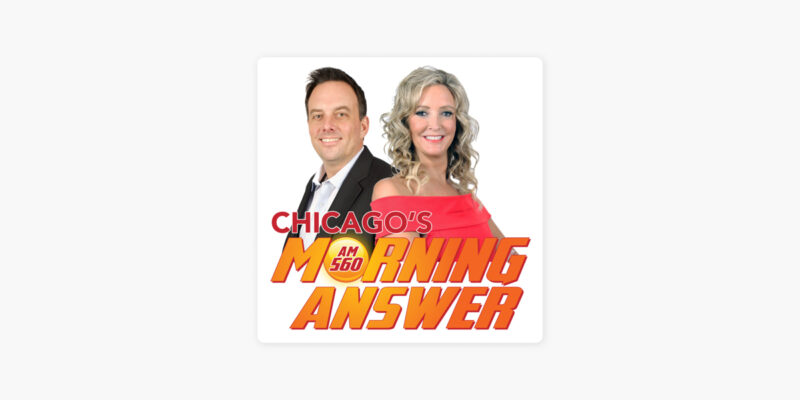 Here’s a radio clip from Wednesday morning following Tuesday’s midterm elections, and it’s on one of my usual on-air haunts, Chicago’s Morning Answer show on AM 560 in the Windy City. I’m on with Dan Proft and Amy Jacobson, and the topic is the midterm elections from the previous night.

This week has turned into a search for answers coming out of those midterms, and I’m not going to say I have a whole lot. I do have a few theories, though, including one which lots of people have been all too happy to jump on – and rather than give away too much of what’s in this 15-minute clip I’ll expand upon it a little here.

Namely, that the GOP’s underperformance was Donald Trump’s fault.

I told Dan and Amy that Trump’s performance as the leader of the GOP effort in the midterms was lacking, and comparing that performance to that of Ron DeSantis, which everybody is doing, does not yield a good result for Trump.

There are lots of elements to that. Obviously the selection of candidates receiving his endorsement was questionable in some spots; Mehmet Oz being the most obvious case. A Turkish Muslim from New Jersey who made his fortune selling supplements after earning fame as a regular on Oprah, and a left-leaner who’d expressed support for trans kids and cut campaign videos talking about crudite’ was a blindingly awful call.

The story goes that David McCormick, an investment-sector potentate and Gulf War veteran who was clearly the best of the three Republican primary candidates in that Pennsylvania Senate race, had balked at a Trump condition for the endorsement; namely, that the endorsee had to pledge not to support Mitch McConnell’s continuation as the party’s Senate caucus leader. Oz, a longtime associate of Trump’s, did make that pledge.

Here’s what we don’t know – whether McCormick, as a savvy businessman, asked for considerations from Trump in return for the endorsement and was rebuffed. One might imagine a scenario in which McCormick, asked for an anti-McConnell pledge, demanded in return that Trump shovel in PAC money to replace what he’d lose when McConnell cut him off.

We don’t have a problem with the idea that Trump would want to nominate candidates who would agree to move the GOP Senate caucus away from McConnell. McConnell is a problem for the party and a hindrance to its success in elections, seeing as though he’s the most unpopular politician in Washington and that he’s been openly sandbagging conservatives who aren’t loyal to him in this cycle. The question is what you’re willing to sacrifice in candidate quality to get there.

And what else is at issue is the fact that Trump spent the entire election cycle raising money from the same donors the midterm candidates were, and then he spent very little of that stash. Trump’s outlay was some $25 million, a paltry sum compared to the nearly $400 million McConnell’s Senate Leadership Fund put out in the cycle. McConnell’s spending choices were disgracefully selfish at times, like when he backed incumbent RINO Lisa Murkowski against conservative newcomer and Alaska GOP endorsee Kelly Tshibaka in Alaska’s jungle primary and spent heavily against Don Bolduc in the New Hampshire primary, but at least he spent.

Then there was Trump’s antics in the week before the election. The attacks on Ron DeSantis, and the inexplicable decision to tout his Nov. 15 presidential candidacy announcement and thus steal attention away from the party’s candidates while at the same time stoking the Left’s Trump Derangement Syndrome and energizing Democrat turnout, were a mess for the GOP.

That’s not a repudiation of Trump as a future factor in Republican politics or even a refusal of support of him as the 2024 nominee. It’s a statement that this isn’t good enough for success. And more is required.

But Trump’s foibles were hardly all that was talked about in the segment. For the rest, click the play button.