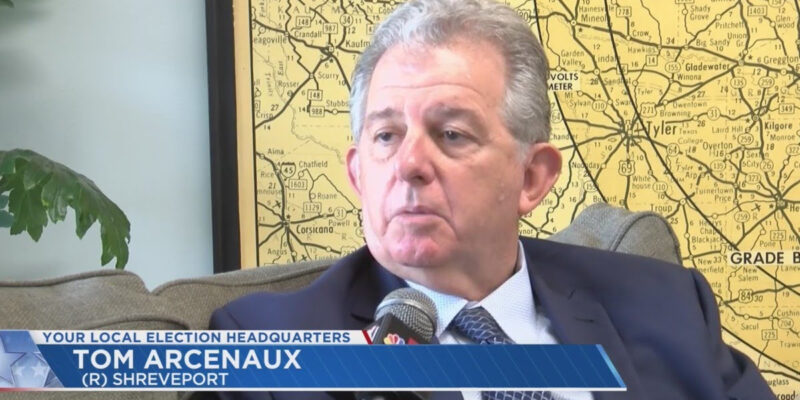 The two survivors of the general election who will meet in the December runoff participated in a forum this week and answered questions cautiously throughout. Tarver had every reason to, being the perceived frontrunner with the numbers on his side.

Arceneaux didn’t. A candidate in that situation – a white Republican running against a black Democrat in a city with a majority of Democrats more than double Republican registrants and with a black majority electorate – must come out swinging to change the dynamics. Negative campaigning may grate, draw frowns from the chattering classes, and appear clichéd – but it works.

However, he didn’t engage in that. He needn’t necessarily have made a direct, frontal assault, as he had plenty of opportunities either to repel potential Tarver voters at least into abstaining or to excite more of his base potential voters to turn out in subtle ways. These chances abounded given the format, which was in the form of a question, candidate response, other candidate response, then potential rebuttal, the last of which Arceneaux never availed himself.

For example, Tarver spoke of the need to boost home ownership as a means of attracting and keeping people to drive economic development – in broad platitudes, as he did on every issue, befitting his favorite status. Here, Arceneaux could have pinned him down, or at least drawn a contrast, in commenting that inducing home ownership through coercive government tactics such as mandatory inclusionary zoning that New Orleans has implemented, which in the long run will discourage affordable housing stock, should be off the table, pressing whether Tarver supported this.

As another example, a discussion of how to relieve Caddo Correctional Center crowding centered on speedier disposition of cases aided by increased public defense resources. In Louisiana, funding for that comes solely from the Legislature’s decisions, through annual state appropriations and laws that govern how defenders may raise revenues. Arceneaux could have pointed out that a politician like Tarver never dealt satisfactorily with the crisis in his going-on 28 years in the state Senate.

A more direct response could have blunted the dog whistle Tarver sent out on a question about revitalizing declining neighborhoods. To that, Tarver mentioned all the years he has spent in elective office (besides in the Senate from 1984 to the present except a two-term gap from 2004-12 prompted by his beating the rap on influence peddling charges that snared former Gov. Prisoner #03128-095, Tarver spent a half-dozen years on the City Council, overlapping Arceneaux’s tenure there by a couple of years) and the pork he had brought home made him a familiar figure – adding that he has been in there among the people, a guy who could talk to them and knows them and have them know they are part of Shreveport when past leaders, he said, conveyed the opposite impression, certainly in deeds if not verbally.

Translation: past white Shreveport political leaders at best benignly, at worst callously, neglected black Shreveport, so in the upcoming election trust the guy who looks like you, not the paler one, to fix things. And at the end of the forum, in case that point had come across too subtly, even as he expressed enthusiasm to work together across partisan and racial lines, he reinforced his earlier hint in closing with “I’m proud to be black.” It was a glimpse of the vintage Tarver of nearly a half-century ago when he was one of the leading figures in moving the city away from the commission form of government to its strong mayor/council system that led to the election of blacks to city office for the first time in a century, with him at the forefront decrying white Democrat elites trying to stall that progress.

When you have a majority black electorate, it makes perfect sense to make this kind of appeal. Yet at the same time, reviewing how the city has been in decline and economic progress among the black community as a whole has been spotty at best throughout that time, Arceneaux easily could have pointed out that even as Tarver crowed about his nearly 35 years in office that Tarver was in office throughout most of this decline, and maybe voters instead needed to try somebody like him to get a different result.

But, he didn’t. Maybe he’s too nice of a guy, or maybe he’d rather explicate his own ideas (he certainly provided more detailed policy proposals than did Tarver), or maybe he doesn’t like to go negative. All reasonable attitudes, but carrying forward in the campaign all unlikely to change the dynamics that look to send him to defeat in the runoff.

Interested in more national news? We've got you covered! See More National News
Previous Article GO FIGURE: Bill Cassidy Demurs On Gubernatorial Run
Next Article Expose The Filth And Sin Of LaToya Cantrell, And This Is What You Get