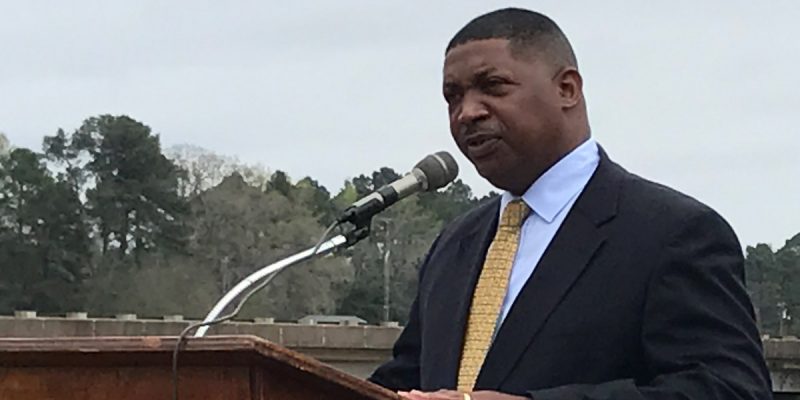 As their power hangs in the balance, the cabal of establishment, mostly white, Democrats in Louisiana have learned from their recent mistakes and seek a preemptive strike to shore up their eroding position by floating, with media cooperation, a preferred blue checkmark gubernatorial candidate for next year.

Make no mistake, the party powerbrokers are pushing Department of Transportation and Development Sec. Shawn Wilson to run in 2023, with the initial sortie through sympathetic leftist media figures. It began with the host of the only left-wing talk show in the state whose audience cracks four digits, Talk Louisiana’s Jim Engster, which allowed passing the baton to LAPolitics newsletter producer Jeremy Alford, and subsequently picked up by Tyler Bridges at the Baton Rouge Advocate, all in the past couple of weeks.

Party leaders in elected and party office have a quandary about next year’s contest. The lightning permitting the insertion of Democrat Gov. John Bel Edwards into office they know unlikely will strike twice so they could pursue an appeasement strategy by tacitly supporting a more moderate Republican candidate that gives them a decent chance of victory and at least some influence over policy over the next four years after.

But the problem with this is twofold. First, a major party at its own peril doesn’t compete hard for a major office, not only because its atrophies its organizational ability to win future elections but also as it fails to support down-ballot candidates without a vigorous effort to generate turnout at the top.

In Louisiana, a special second condition holds, driven home by a potential debacle surfacing over this year’s U.S. Senate contest. Republican Sen. John Kennedy will win this going away, but the real competition of importance comes in how the next three, all party endorsed, Democrats finish. The establishment fronted and backs white Luke Mixon, while disproportionately black and woke interests have fallen behind blacks Gary Chambers and Syrita Steib.

That all three picked up the official state central committee nod explains the dilemma. Insiders wanted unanimous endorsement of Mixon, but enough uncooperative members for the others, mainly Chambers, not only existed but collectively threatened to bury Mixon’s chances, so the slicing if the endorsement into meaninglessness became the compromise.

It wouldn’t be a good sign if this week Mixon doesn’t outpoll the combined numbers of Chambers and Steib. It would be disastrous if one of them finished ahead of Mixon, after he will have outspent both combined through the generosity of the usual capitol/courthouse hangers-on, trial lawyers, and unions that have backed the establishment for approaching a century.

Thus, state establishment Democrats can’t afford not to run a candidate who can put up some resistance, not only to help others of their party down the ballot but also to keep at bay the elements challenging them for party supremacy who undoubtedly would replace them. Hence, the boomlet now for Wilson, who checks all the boxes: (1) an Edwards – the party leader in terms of real influence – insider as part of his administration; (2) a relatively blank slate without a record on almost all specific issues so the leftist media/public relations apparatus has the best chance of making him appear as non-radical as possible not to scare off voters up and down the ballot; and (3) black.

By shoehorning Wilson into the electoral environment and doing it early – perhaps on the heels of a disappointing Senate election result for the party establishment – the mainly white party insiders can cut off at the pass black elites, especially of the woke kind, who chafe at how a party where blacks comprise three-fifths of its registrants has whites ultimately calling the shots. An early start for him makes it all the more difficult for minority Democrats to enter the race with traction, reducing the threat their mobilization of voters and money has to the establishment.

It does represent quite a concession. Democrats’ chances of preventing a more conservative candidate such as GOP Atty. Gen. Jeff Landry from winning drop significantly by taking this course, reducing their diminished influence on policy-making even further. However, they may feel the small preservation they might enjoy with a more moderate Republican in office doesn’t outweigh the potential damage to their own power within the state’s political left if black elites on the fringes or outside that power structure seize the upper hand using this election as a starting point. If they perceive themselves as doomed to be little fish in the big state pond by not taking this alternative, they very well may prefer to be bigger fish in a smaller pond of minority party machinations.

And, who knows, maybe lightning will strike twice and they can have it all. That wouldn’t be prudent to count on as anything but a bonus, yet discounting this remote possibility still provides a pretty compelling argument to a strategy of salvaging power. With no obvious white establishment politician in position to fulfill that role satisfactorily, that’s why the manufacture of this particular candidacy is happening and is happening now.

Interested in more national news? We've got you covered! See More National News
Previous Article BAYHAM: Why It’s Important For Louisianans To Vote On Tuesday
Next Article The Hayride’s Guide To The Eight Constitutional Amendments On The Ballot Tomorrow