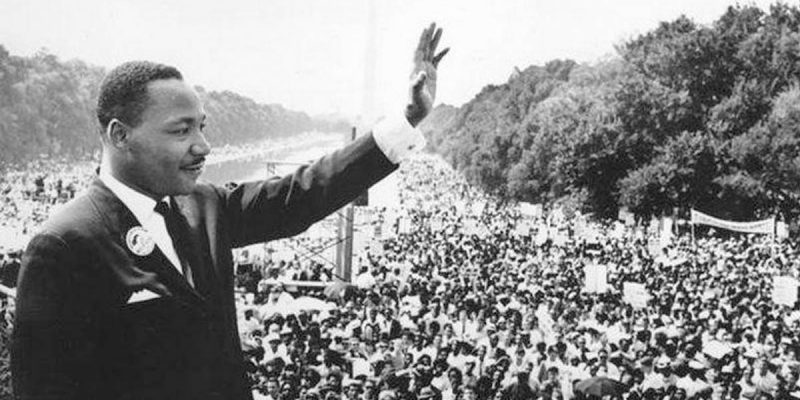 This time of year, Martin Luther King, Jr., is lauded up and down as an icon of conservatism, but undistorted history tells a different story.

Most importantly, perhaps, there is the legacy of federal civil rights actions in which his work culminated.  Most conservatives are furious with the federal government for its social engineering schemes, attempting to redefine marriage, to erase the binary understanding of the sexes, to indoctrinate kids in schools with the LGBT ideology, and so forth.  But the door to social engineering by the federal government was opened with Mr. King’s civil rights battle.  If the federal government has the power to reorganize social relations and institutions to fit its preferences in one field, no one can deny it the power to do so in other fields, either.

The late paleocon Sam Francis gives Mr. King his due in this regard:

[T]he true meaning of the holiday is that it serves to legitimize the radical social and political agenda that King himself favored and to delegitimize traditional American social and cultural institutions—not simply those that supported racial segregation but also those that support a free market economy, an anti-communist foreign policy, and a constitutional system that restrains the power of the state rather than one that centralizes and expands power for the reconstruction of society and the redistribution of wealth. In this sense, the campaign to enact the legal public holiday in honor of Martin Luther King was a small first step on the long march to revolution, a charter by which that revolution is justified as the true and ultimate meaning of the American identity.  . . .

By placing King—and therefore his own radical ideology of social transformation and reconstruction—into the central pantheon of American history, the King holiday provides a green light by which the revolutionary process of transformation and reconstruction can charge full speed ahead. Moreover, by placing King at the center of the American national pantheon, the holiday also serves to undermine any argument against the revolutionary political agenda that it has come to symbolize. Having promoted or accepted the symbol of the new dogma as a defining—perhaps the defining—icon of the American political order, those who oppose the revolutionary agenda the symbol represents have little ground to resist that agenda.

Mr. King does not deserve a place of honor in the pantheon of conservative heroes.  But this does not mean there are no ethnic Africans worthy of our praise and adoration and emulation.  Far from it.  Over the next couple of days – 17 and 18 January – there are three saintly Africans who offer us a compelling alternative to Mr. King.

Let us compare and contrast these men.

One of the troubling aspects of Mr. King’s character is his out-of-control sexual passion, which led him to sexually abuse women.  In St. Anthony the Great (+356 A.D.), from whom the angelic life of monasticism received its first great impetus, we see the opposite, one who through God’s Grace conquered the fallen human passions and became a vessel of the Holy Ghost:

Saint Anthony went into the desert alone. The devil tried to hinder him, by placing a large silver disc in his path, then gold, but the saint ignored it and passed by. He found an abandoned fort on the other side of the river and settled there, barricading the entrance with stones. His faithful friend brought him bread twice a year, and there was water inside the fort. Saint Anthony spent twenty years in complete isolation and constant struggle with the demons, and he finally achieved perfect calm.

Mr. King stood with the oppressed; so too did St. Anthony:

In the year 311 there was a fierce persecution against Christians, in the reign of the emperor Maximian. Wishing to suffer with the holy martyrs, Saint Anthony left the desert and went to Alexandria. He openly ministered to those in prison, he was present at the trial and interrogations of the confessors, and accompanying the martyrs to the place of execution.

Mr. King committed plagiarism in order to get his doctorate, to make a name for himself among the learned and the powerful.  St. Anthony, despite lacking such man-derived honors, showed himself greater than those classes of men:

Pagan philosophers once came to Abba Anthony intending to mock him for his lack of education, but by his words he reduced them to silence. Emperor Constantine the Great (May 21) and his sons wrote to Saint Anthony and asked him for a reply. He praised the emperor for his belief in Christ, and advised him to remember the future judgment, and to know that Christ is the true King.

Mr. King also taught various heresies, but St. Anthony along with Sts. Athanasius and Cyril, heroic pastors and theologians of the Church in Alexandria, Egypt, in the 4th and 5th centuries, were Orthodox scourges of heretics:

Another time Saint Anthony left the desert and arrived in Alexandria to defend the Orthodox Faith against the Manichaean and Arian heresies. Knowing that the name of Saint Anthony was venerated by all the Church, the Arians said that he adhered to their heretical teaching. But Saint Anthony publicly denounced Arianism in front of everyone and in the presence of the bishop.

Saints Athanasius and Cyril were Archbishops of Alexandria. These wise teachers of truth and defenders of Christ’s Church share a joint Feast in recognition of their dogmatic writings which affirm the truth of the Orthodox Faith, correctly interpret the Holy Scripture, and censure the delusions of the heretics.

Saint Athanasius took part in the First Ecumenical Council when he was still a deacon. He surpassed everyone there in his zeal to uphold the teaching that Christ is consubstantial (homoousios) with the Father, and not merely a creature, as the Arians proclaimed.

St Cyril presided at the Third Ecumenical Council in 431, which censured the Nestorian blasphemy against the Most Holy Theotokos.

Mr. King’s stoic endurance of his jailings is praiseworthy, but both Sts. Athanasius and Cyril also endured hardships during their pastorates – unjust removal from their bishoprics, exile to distant lands, harassment from authorities.  The persecution of St. Athanasius, who spent 16 years in exile, led to one of the most well-known phrases connected with his life:

As a result of rises and falls in Arianism’s influence, he was banished from Alexandria only to be later restored on at least five separate occasions, perhaps as many as seven. This gave rise to the expression Athanasius contra mundus, et mundum contra Athanasium or “While the world is set against Athanasius, Athanasius is equally set against the world.”

The downgrading of Mr. King from hero to ‘use-with-caution’ status would not leave conservatives without African role models to whom they could turn for inspiration.  As we have seen, there are others who could more than adequately fill his shoes.  If it is a Christian society that we really want, the sooner conservatives make this transition, the better.