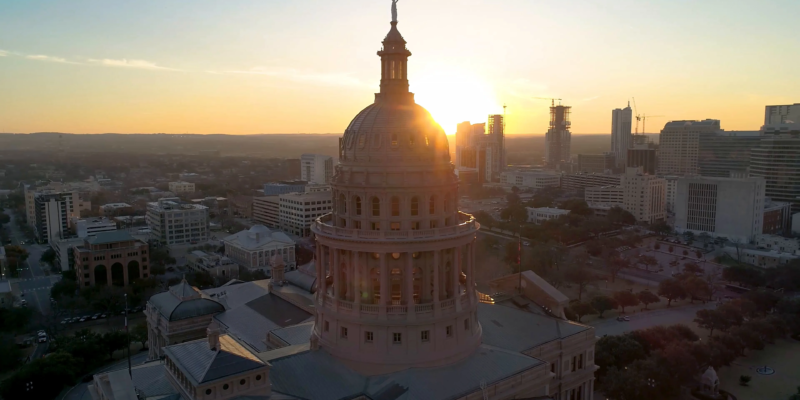 Since the initial discovery of oil at Spindletop on January 10, 1901, the financial fortunes of Texas state government have tended to ebb and flow with the fortunes of the state’s oil and gas industry. In his biennial official state revenue estimate that precedes each legislative session, Texas Comptroller Glenn Hegar showed that, 122 years later, that relationship has not changed.

On Monday, Hegar delivered the best budget news in the state’s history. The Comptroller reported that legislators will have a record budget surplus of $32.7 billion to work with as they formulate the state’s budget for the 2024-25 biennium.

Writing in the Austin American Statesman, Hegar attributed much of the credit for the happy revenue situation to the state’s oil and gas industry. “Texas revenues over the last 18 months have been remarkable,” Hegar says. “Only three times in the last 30 years has Texas total tax collection grown by double digits over the previous year. Those three increases range from 10 to 13%. By comparison, last year’s increase was a whopping 25.6%…with staggering growth from oil and gas severance taxes.”

The growth in state severance tax collections is not surprising, given that the tax is assessed on the sales value of the production, not as a percentage of volume as is the case in some other states. Thus, the high commodity prices for both oil and natural gas during 2022 were big drivers of this increase.

It is key to note that these severance taxes on oil and natural gas also constitute the main funding mechanism for the state’s Rainy Day Fund. Hegar reported that the current balance in that fund is roughly $13 billion, but projects it could rise to as much as $27 billion during the 2024-25 biennium. When combined with the projected $32.7 billion surplus, this provides the legislature and Governor Greg Abbott with an unprecedented level of financial flexibility to address the state’s funding priorities in the coming years.

Hegar is warning that there is no reason to believe a $33 billion biennual budget surplus is any kind of new normal for Texas, though it’s fair to note that the state’s economy is stronger than perhaps any other in America for reasons beyond just oil and gas.

In Texas, it appears the top demand for use of the surplus is tax relief, and particularly with respect to property taxes. In cities like Austin, those are completely out of control and voters are near a revolt. But property taxes in the Lone Star State are mostly local affairs, and it’s questionable whether state legislators are going to be receptive to the state government effectively subsidizing local governments in order to fund property tax relief.

And of course there is a market for roads and infrastructure. The oil and gas industry in Texas is clamoring for state spending on infrastructure projects making it easier to transport oil to refineries – pipelines, roads, rail, water infrastructure. One imagines an awful lot of that could be built with $33 billion.

Naturally, there will be demands for increased spending on education and healthcare. One hopes those can be restrained, unless it’s to do something like establish endowed scholarships for training doctors and other healthcare professionals, which would serve to lower the cost of healthcare without taking on an additional recurring expense to the state.

You don’t use one-time windfalls to grow your recurring obligations. Only stupid politicians do that. And while they’re not perfect, Texas’ policymakers aren’t as stupid as some others we know.

Interested in more news from Texas? We've got you covered! See More Texas News
Previous Article BAYHAM: Habemus Dicentis; Or, We Have a Speaker
Next Article BREAKING: They Found That Second Trove Of Biden Docs IN HIS GARAGE