UPDATE NO.2: Aaron Saunders from Landrieu’s office tells the Hayride that on two occasions (Oct. 27 and Nov. 12) she declined an invitation to speak at the event in question and, as far as the senator is concerned, was never scheduled to attend. The updated link to the event in question now has Alex Kronemer, the producer of the film Inside Islam and the co-founder of Unity Productions Foundation, as its keynote speaker.

Fresh off her national “Louisiana Purchase” outrage, Sen. Mary Landrieu has a full dance card back in New Orleans over the next few days. Her companions for the Crescent City one-night stands on the calendar are, shall we say, interesting.

It’s common knowledge by now that Landrieu will be hosting a $4800-a-plate fundraiser for Harry Reid at the St. Charles Avenue home of Obama donor and political animal David Voelker on Dec. 12. But before that hootenanny takes place, Landrieu will be palling around with another group of friendlies.

On Saturday, Landrieu is set to give the welcome speech at a rather out-of-the-mainstream event – this time, she’ll be addressing the New Orleans premiere of Inside Islam: What a Billion Muslims Really Think, a documentary which purports to explore “the expertly gathered opinions of Muslims around the globe as revealed in the world’s first major opinion poll, conducted by Gallup, the preeminent polling organization. Focused on the issues of Gender Justice, Terrorism, and Democracy – the film presents remarkable data deftly, challenging the popular notion that Muslims and the West are on a collision course. Like the research, the film highlights a shared relationship that is based on facts – not fear.”

From watching the trailer for Inside Islam, the impression given is that Muslims love America a great deal but U.S. policy makes them very sad. This is a very useful bit of advocacy for Islamic groups in the United States and elsewhere to be sure, and it certainly adheres to the left-wing meme that aggressive American foreign policy in the Islamic world and/or our alliance with Israel is the reason for our unpopularity in the Middle East and elsewhere.

The problem is, the reality on the ground is that the Muslim world hates the United States and has always held a negative opinion of us – and a shift toward penitence and appeasement and away from the “cowboy” image of George W. Bush does nothing to change that. An excellent column in Sunday’s Wall Street Journal by Fouad Ajami brings the cold hand of truth across our faces:

It was the norm for American liberalism during the Bush years to brandish the Pew Global Attitudes survey that told of America’s decline in the eyes of foreign nations. Foreigners were saying what the liberals wanted said.

Now those surveys of 2009 bring findings from the world of Islam that confirm that the animus toward America has not been radically changed by the ascendancy of Mr. Obama. In the Palestinian territories, 15% have a favorable view of the U.S. while 82% have an unfavorable view. The Obama speech in Ankara didn’t seem to help in Turkey, where the favorables are 14% and those unreconciled, 69%. In Egypt, a country that’s reaped nearly 40 years of American aid, things stayed roughly the same: 27% have a favorable view of the U.S. while 70% do not. In Pakistan, a place of great consequence for American power, our standing has deteriorated: The unfavorables rose from 63% in 2008 to 68% this year.

So as we can see, Landrieu is largely supporting a propaganda film in making her appearance and speech at Saturday’s premiere. And her neighbors at the dais don’t inspire a great deal of confidence, either – the committee putting on the Inside Islam event includes the Pakistan Community Association Of Greater New Orleans, Jefferson Muslim Association and Interfaith Works, as well as the West Bank Muslim Association, Muslim Student Association of New Orleans, ICNA Louisiana and Masjid ur Rahim.

For the unwashed, ICNA stands for the Islamic Circle of North America – an organization which should be radioactive for any mainstream politician to be seen in public with. Landrieu may not be the only elected official to break bread with that outfit, but that is no more an excuse than the inside-the-beltway typicality of her Louisiana Purchase move was for her behavior. You want to run far away from the ICNA. According to DiscoverTheNetworks.org:

ICNA has established a reputation for bringing anti-American radicals to speak at its annual conferences. Moreover, experts have long documented the organization’s ties to Islamic terrorist groups. Yehudit Barsky, a terrorism expert at the American Jewish Committee, has said that ICNA “is composed of members of Jamaat e-Islami, a Pakistani Islamic radical organization similar to the Muslim Brotherhood that helped to establish the Taliban.” (Pakistani newspapers have reported that Khalid Shaikh Mohammed, a leading architect of the 9/11 terrorist attacks, was offered refuge in the home of Jamaat e-Islami’s leader, Ahmed Quddoos.) On September 27, 1997, another Pakistani Islamist leader, Maulana Shafayat Mohamed, played host to an ICNA conference at his Florida-based fundamentalist madrassa (religious school), which served as a recruitment center for Taliban fighters.

That’s not all. The ICNA was named as a front for the Muslim Brotherhood at the 2002 Holy Land Foundation trial, in which many of the nation’s more prominent Muslim organizations were named as contrbuting at least indirectly to Hamas terrorism. Terrorism expert Steven Emerson has said “The ICNA openly supports militant Islamic fundamentalist organizations, praises terror attacks, issues incendiary attacks on western values and policies, and supports the imposition of Sharia [Islamic law].”

Another organization Landrieu will be palling around with on Saturday which shares ties to the Muslim Brotherhood is the Muslim Students Association, whose New Orleans chapter is partnering as a host. The MSA, like the ICNA, is radioactive:

From its inception, MSA had close links with the extremist Muslim World League, whose chapters’ websites have featured not only Osama bin Laden’s propaganda, but also publicity-recruiting campaigns for Wahhabi subversion of the Chechen struggle in Russia. According to author and Islam expert Stephen Schwartz, MSA is a key lobbying organization for the Wahhabi sect of Islam.

MSA solicited donations for the Holy Land Foundation for Relief and Development, whose assets the U.S. government seized in December 2001 because that organization was giving financial support to the terrorist group Hamas. MSA also has strong ties to the World Assembly of Muslim Youth.

Charging that U.S. foreign policy is driven by militaristic imperialism, MSA steadfastly opposes the American military incursions into both Afghanistan and Iraq. The organization also follows the Arab propaganda line in the Middle East conflict and has condemned the anti-terrorist security fence that Israel has built in the West Bank as an illegal “apartheid wall” that violates the civil and human rights of Palestinians.

Local chapters of MSA were signatories to a February 20, 2002 document, composed by the radical group Refuse & Resist (a creation of the Revolutionary Communist Party‘s C. Clark Kissinger), condemning military tribunals and the detention of immigrants apprehended in connection with post-9/11 terrorism investigations. The document read, in part: “[T]hey [the U.S. government] are coming for the Arab, Muslim and South Asian immigrants. … The recent ‘disappearances,’ indefinite detention, the round-ups, the secret military tribunals, the denial of legal representation, evidence kept a secret from the accused, the denial of any due process for Arab, Muslim, South Asians and others, have chilling similarities to a police state.”

Perhaps Landrieu isn’t really aware of who she’ll be trafficking with on Saturday. Her event chair is Syed Basharat Ali, the president of the Pakistan Community Association Of Greater New Orleans. Ali isn’t a particularly controversial figure, though he does surface in the archives at a June 2004 event in which the Pakistani community made itself known as a Democrat voting bloc…

Syed Basharat Ali, the community president, explained the reasons responsible for breaking away from the Republicans. He said:” Let me make it loud and clear that the shift is the result of a considered judgment, based on principles which guide the course of our community.”

He said Islam, which preaches tolerance, brotherhood and co-existence for the glory of mankind, was being “misrepresented and misinterpreted by some forces out to grind their own axe to meet their narrow ends.”

He said Pakistani Americans were joining hands with other Muslims living in the USA to foil these ugly designs. “We are confident that our support to the Democrats, striving to regain power in order to promote peace and amity in the strife-torn world, would produce results.” Ali, a chemical engineer by profession, also traced the history of US-Pakistan relations turned prominent by President Nixon’s historic visit to China in 1972 via Pakistan to open a new chapter of rapprochement, saying Islamabad deserves greater international support to fight terrorism in the face of heavy odds.

“In a country like Pakistan created in the name of Islam, terrorism has to be separated from freedom struggle.” He also made a special mention of the crucial role played by Pakistan in freeing Afghanistan from the Soviet domination with the US support, saying the Pakistani Americans were committed to boosting US-Pakistan relations to mutual benefit. He also underscored the growing need for closer Pakistan-India relations and peace for the good of not only the two nuclear powers but also the region. “Let them fight together their common enemy —poverty and illiteracy.”

He called upon the community, attending for the first time such a high-profile function, to play a meaningfully forceful role to make its presence felt in what he called ‘the vibrant and dynamic US Politics’ for common good. “We will have to become part and parcel of the US system and it’s only possible by studying and adopting its dynamics and becoming voters.”

The point here is not to say that Landrieu is courting the jihadist vote. But fresh from her recent performance it does seem like a shockingly reckless idea for her to be hanging around with people affiliated with Muslim Brotherhood front organizations to promote a quasi-anti-American propaganda film. Louisiana’s voters, who are overwhelmingly unhappy with her job performance as it is, deserve much better. 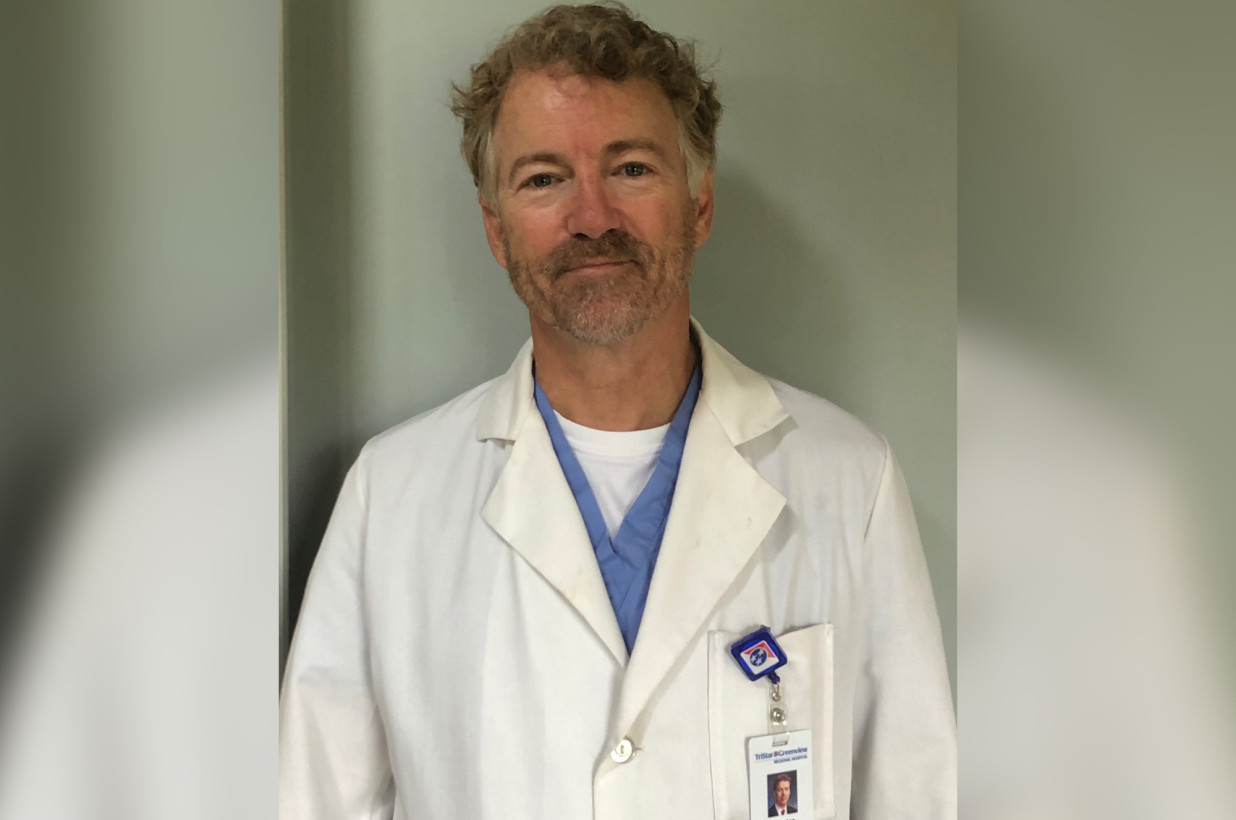