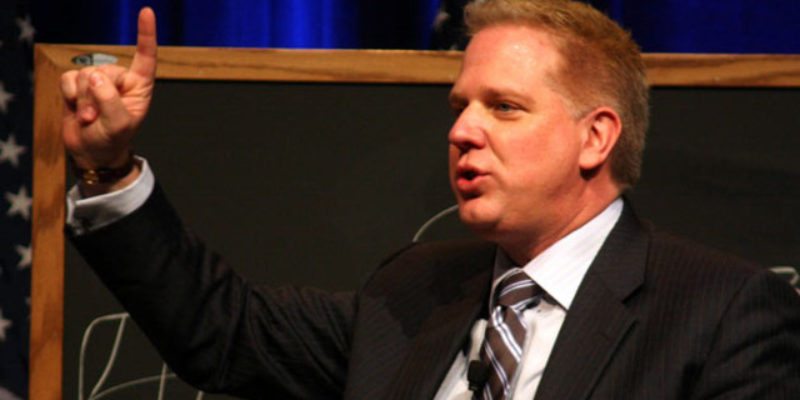 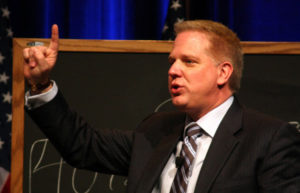 A little over 10 years ago, I was living in Philadelphia, PA. where I often listened to the local talk-radio station, Talk Radio 1210 WPHT. WPHT is located on City Line Avenue in Bala Cynwyd, not far from where I lived. While I was  in Philadelphia, the station brought in a new morning guy named Glenn Beck.

While Beck likes to say that his show is an acquired taste and you will hate him before you like him, he was wrong in my case. I liked Beck at once and found his show informative and more importantly, entertaining. I became a fan and eventually attended a rally he had in support of Iraqi War troops at Valley Forge. I even got the chance to speak to him once when we lived in the same city.

I wasn’ t the only one who found Beck’s irreverent reporting and commentary worth listening to.  He soon outgrew WPHT and moved on to WABC in New York, the flag-ship station for talk-radio giants like Rush Limbaugh and Sean Hannity. Since the days I first discovered him, Beck’s show has become nationally syndicated on about 300 radio stations and he has become a house-hold name, thanks to his former Fox News show. It’s been fun to watch his popularity grow over the years as well as watch his personal growth.

Beck’s following has spread so much that he was able to hold a rally in Washington DC last year attended by about 500,000. Those are Beck’s numbers, many media outlets put it at less. I’m going with Glenn on this one, based on the fact that most of those outlets despise Beck and I have always found him to be a sincere, honest man.

Beck left his Fox News show earlier this year to start a new venture, a subscription-based Internet station called GBTV. Beck’s detractors, of course, said he left Fox because his ratings were falling. He has a different story. Once again, I’m going with Glenn, who reportedly has over 200,000 subscribers who pay from $5 to $10 a month to watch his Internet station.

The reason I believe that Beck left Fox is the reason that he says he left the network. Beck says that he had simply outgrown its constraints. Cable news put him in a situation where he was forced to be reactive to what was going on in the world and he wanted to take a more proactive role. He has said that he wants people to think of GBTV as a verb.

Beck has been somewhat cryptic about what he means by this, but said he will make a major announcement tomorrow on GBTV, which airs at 5 p.m. Eastern Standard Time. That’s 4 p.m. Louisiana time. This isn’t another rally, but something that Beck describes as a project that will consume his life for at least the next ten years as well as, hopefully, change the country. Sounds pretty ambitious. We will see.

In this video from GBTV, Beck recounts an Occupy Wall Street protest at a recent signing for his new book, Being George Washington, in which the protest “ring-leader” has a seizure. How Beck and his staff deal with the incident is an interesting window into who the man is and, incidentally, who the people are who make up the Occupy Wall Street movement. Beck also talks about his coming announcement in the video.

So what is Beck up to? We will have to wait until tomorrow to find out. Whatever it is, you can bet two things are bound to happen– his critics will portray him as a nut and Beck will jump head-first into where his heart has lead him. That’s the way it’s been since I first tuned him in back in Philadelphia.

Funny thing is that Beck has just kept getting bigger, where as his detractors have gotten smaller as he has thumbed his nose at them in the rear-view mirror.