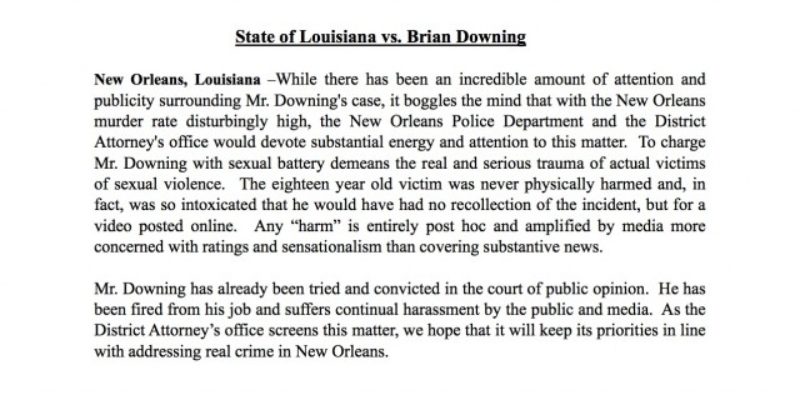 The teabaggin’ Alabama fan who caused a stir by getting caught on video rubbing his junk on a passed-out LSU fan’s head at the Krystalburger joint on Bourbon Street has a couple of New Orleans lawyers – Miles Swanson and Michael Kennedy – now that he’s been arrested for sexual battery and he’s out on $10,000 bond.

And they gave a statement yesterday. Wanna see it? Here it is. 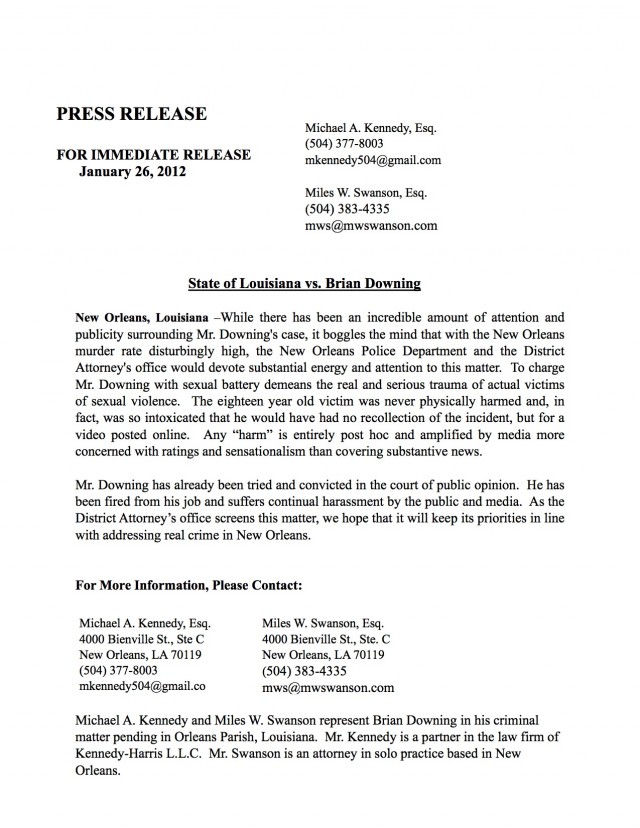 Kinda thought that was funny stuff. So basically the defense is that if you run up on somebody who’s passed out you’re really not doin’ anything wrong if you rub your wedding tackle up against his head while some of your redneck friends put the whole thing on YouTube.

You gotta go to law school to learn how to get paid for makin’ arguments like that. Highly-trained professionals, these dudes are.

Swanson is a pretty well-known criminal defense dude in New Orleans, though his primary claim to fame might well be his penchant for fetching chapeaux…

As for Kennedy, he’s not quite as well-known, though once in a while he’ll sue the cops when they shoot somebody.

The DA hasn’t filed charges on Downing yet. That press release probably makes it more likely, rather than less, that he will. Stupidity like that statement can’t go unrewarded with the legal fees these two dudes are gonna get out of that clown.

Interested in more national news? We've got you covered! See More National News
Previous Article You Can Find Some Really Stupid And Irritating Things On Twitter…
Next Article Hayride Cartoon: Short Trip To The Moon…