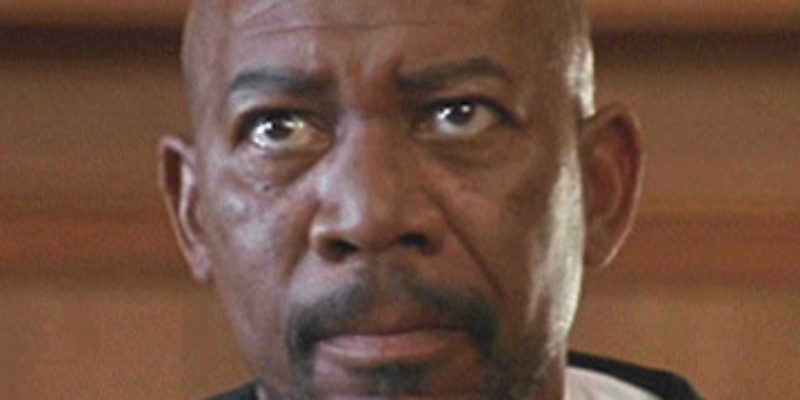 …it’s from The Bonfire of the Vanities, which is one of the best movies ever made (and they say the book is 10 times better, though I’ve never read it).

Today they’re going to charge George Zimmerman with something shy of first-degree murder in the Trayvon Martin case; you’ve got to get a grand jury to agree to get that charge going. But anything from second-degree murder on down is fair game here, apparently.

This case has become Bonfire of the Vanities come to life, and there are people out there who would love to use it as the basis for a full-blown race war.

And just like Tom Hanks’ character in the movie, Zimmerman screwed himself in advance of the trial by making mistakes in how to handle things and by going into hiding. Going into hiding is a mistake. Hiring security and staying exactly where you are is the smart move; when the animals come and it’s patently obvious you’re the target of a lynch mob you get public sentiment on your side.

Whether this special prosecutor who’s charging Zimmerman is a political hack like the DA in the movie was is a question. So far that’s not her reputation, but we’ll see how it goes on that one.

Maybe Zimmerman is guilty; I don’t know. If Zimmerman’s story bears out that Martin cold-cocked him and then spent some time beating his head against the concrete sidewalk – a story that appears to be supported by the police surveillance tape that shows he had a big gash in the back of his head and the police report that says he had a busted nose – then it’s hard to see how he’s going to be found guilty. If I have a gun and somebody is bashing my head repeatedly against the sidewalk, I’m going to use it.

Better to be judged by 12 than carried by 6. For certain.

But there could be a lot more evidence out there than we’ve seen, and that evidence could well make him guilty in something more than a kangaroo court.

But if Zimmerman beats the rap, rather than have a full-on race war can we begin to analyze this case a different way? Can we start to consider that Trayvon Martin was increasingly immersed in the poisonous and destructive hip-hop culture which is killing thousands of black kids just like him all over the place – and that hip-hop culture killed Trayvon Martin just like it killed the rest of the victims?

This, after all, is a kid who had NO_LIMIT_NIGGA as his Twitter handle. No Limit, as the squares among our readers may not know, is a rap label founded by New Orleans native Master P; many of the “artists” on that label represent the absolute worst of the gangsta-rap culture.

And in that culture, which normalizes crimes both petty and grand, it is absolutely not to be tolerated that someone else should question, confront or “disrespect” one of its disciples. Countless songs in gangsta rap refer to the use of 9 millimeter handguns and other deadly weapons as punishment for such ill treatment.

Trayvon Martin had begun to cover himself in hip-hop style tattoos. Trayvon Martin was sporting a mouth full of gold teeth. Trayvon Martin, had been suspended from school for marijuana possession once, and another time for vandalism arising from an incident where he’d been found with a number of items of jewelry which clearly was stolen.

And according to a tweet from his older brother, Trayvon Martin had attacked a school bus driver. Presumably that could have come from being “disrespected” as well.

None of this necessarily exonerates George Zimmerman. If Zimmerman’s story doesn’t check out and it turns out he was doing a cheap imitation of Charles Bronson the night of Feb. 26, so be it.

But if Zimmerman’s story does check out, and a jury concludes that Martin decided being followed and/or confronted by Zimmerman was enough to attack him violently, then it’s quite consistent with the “teachings” of hip-hop culture. After all, this was a 17-year old kid. A 17-year old kid should not be attacking a 28-year old man for any reason, much less that he might have been confronted about skulking around a crime-ridden neighborhood with a hoodie over his head. The proper response from said 17-year old kid would have been “No, sir, I’m not up to no good, I’m just going home from the convenience store and this is my address.” Period. And if that had been Martin’s reaction to Zimmerman – regardless of how obnoxious Zimmerman may have been – he’d be alive today.

Martin’s parents don’t seem like bad people, and I can’t fault them for attempting to preserve his good name amongst the media scrutiny his death has generated. And I can’t blame them for failing to insulate their son against hip-hop culture, because it’s absolutely pervasive in the black community (and hardly unheard of in American culture in general); raising a kid in the mass media age to resist the influence of what’s in the mass media is nearly impossible.

But naturally, nobody is even considering that Trayvon Martin’s actions that night – actions which would clearly have been influenced by hip-hop culture – put him in the same cycle which claims the lives of far too many black kids everywhere? And isn’t it time that culture is discredited and exterminated?

In the meantime, now that Zimmerman is being charged can we do something about the animals who put a bounty on his head?

Why hasn’t Mikhail Muhammad been charged with a crime? As Christian Adams wrote a couple of weeks ago at PJ Media…

So what crimes may have the New Black Panthers committed in Florida with their threats toward George Zimmerman?

Let’s start with solicitation to kidnap.  In announcing a reward for the seizure of Zimmerman, the New Black Panthers may have violated Florida Code 787.01.  It makes it a felony to “by threat, confining or abducting, or imprisoning another person against his . . .  will without lawful authority with intent to . .  . terrorize.”

Merely soliciting someone else to do this is also a felony in Florida under Florida Code 777.04.  “A person who solicits another to commit an offense prohibited by law and in the course of such solicitation commands, encourages, hires, or requests another person to engage in specific conduct which would constitute such offense or an attempt to commit such offense commits the offense of criminal solicitation.”

The solicitation and threat to seize Zimmerman may also constitute a crime under Florida Code 876.35.  The felony of “combination against part of the people of the state” occurs when someone is unlawfully seized by a mob, or at the behest of a mob.   Think of a small town jail 100 years ago and an angry crowd, armed with rope, demanding a particular inmate.  Sound familiar?

Florida Code 876.35 defines the crime: “to remove them forcibly out of this state, or to remove them from their habitations to any other part of the state by force, or [when people] shall assemble for that purpose.”  Remember, solicitation to commit a crime is in itself a crime.

Florida Code 876.34 even makes it a felony to “interfere forcibly in the administration of the government.”

This awful mess in Sanford is bad enough without the shrill race agitators like the New Black Panthers throwing gasoline on the fire.

Adams is correct. If Zimmerman is going to be charged, then the New Black Panthers damn sure ought to be.

Because if it’s not illegal to put a bounty on someone’s head, then perhaps we ought to put one on Mikhail Muhammad’s head. If he can get away with it, why can’t we?

Zimmerman will have his day in court. Shouldn’t the New Black Panthers have theirs?

And wouldn’t it be nice if we’d allow the justice system to work without people like Makhail Muhammad, Jesse Jackson and Al Sharpton poisoning it with race-baiting and threats of violence?

Morgan Freeman’s Bonfire of the Vanities character would admonish all concerned to go home and be decent people. Here’s hoping Zimmerman’s judge acts a lot like Freeman in the movie.

Interested in more national news? We've got you covered! See More National News
Previous Article Time To Break Out The Bumper Stickers
Next Article Beck’s First Address From ‘The Oval’…