…you don’t really need a law to keep Eduardo Saverin from renouncing his U.S. citizenship and thus pocketing millions and millions and millions of dollars from the fact he lives in Singapore, where they don’t have a capital gains tax, instead of America, where we have a tax system which is uncompetitive on the world stage in terms of keeping capital here.

No. Laws don’t work all that well against rich guys. Rich guys hire lawyers and accountants and lobbyists to get around laws, and what’s more rich guys have the means – otherwise known as “riches” – to live where they want and invest where they want.

Eduardo Saverin is a billionaire. Eduardo Saverin will be able to invest money in companies for the rest of his life. And if Chuck The Schmuck’s bill attempting to punish Saverin for voting against a confiscatory, redistributionist American tax code with his feet is actually enacted into law (it won’t be), and somehow the idea of doubling the capital gains rate for people who are expatriates passes constitutional muster (not a chance), what do you think the effect will be?

Got a guess? Here’s one for you – Saverin just won’t invest his money in America. He’ll invest it in China, in Brazil (where he was born), in Russia, in Iran, in Dubai, in India.

And that’s capital American companies won’t get, and it’s somebody else who won’t be buying our debt as we continue to run up a trillion dollars of it per year while ridiculous braggarts like Chuck The Schmuck ignore his constitutional duty to put the federal government on a budget so he can draft Hail Mary horseshit legislation like this in pursuit of a fresh bank of microphones to fellate.

Instead, why doesn’t Chuck The Schmuck cut to the chase? Forget about passing a law to keep people like Saverin from leaving – do something that will really work.

Now THAT’S how you keep people in. Make sure you hire up some personnel – who you can make sure to unionize, so they’ll all vote Democrat…

You’ll want to make sure nobody gets out on their yacht, too, so you’ll need some of these…

What to do with the people you catch with all that hardware and infrastructure? That’s easy… 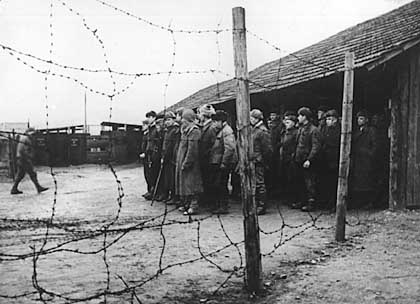 And if you’re really serious about making sure these guys pay their fair share, there’s a method for that as well…

The fact is, all of this has been done before. The last century was nothing if not a laboratory experiment in how to most effectively use government power to deprive people of economic freedom.

Did Chuck The Schmuck not learn anything from that recent history?

Saverin is moving to Singapore because (a) he wasn’t born here and couldn’t particularly care less about this country, which doesn’t make him a great guy but it is what it is, and (b) he took one look at the money he had coming to him as a result of being part of launching the most revolutionary social media entity in the history of the world, recognized that he’d already had enough trouble with people screwing him out of what he thought was his from having to deal with Mark Zuckerberg in the first place and said “sorry, not happening again” when he recognized he could keep 15 percent more by telling asshat American politicians like Chuck The Schmuck to stick it where the sun don’t shine.

Saverin isn’t alone. Jim Rogers doesn’t live here anymore, either – he’s in Singapore now. And there is a growing parade of other rich Americans who’ve had it.

Instead of trying to punish Saverin for exercising the freedom to live where he wants, maybe Chuck The Schmuck ought to consider that it might be a good idea to make America a competitive place for rich folks like Saverin to hang their hats. Maybe he might consider that having a Saverin and his billion dollars here, rather than in Singapore, could make it easier to finance an office tower, or a golf course, or one of those bullshit solar-panel companies he and his idiot Democrat friends are throwing China’s money away on right now.

Oh, but we can’t do that. If we did, Warren Buffett really wouldn’t pay more taxes than his secretary. Right?

First of all, it’s none of Chuck The Schmuck’s business what kind of arrangements Warren Buffett makes with his secretary on compensation, or with himself. If Warren Buffett wants to pay himself out of his company’s capital gains rather than take a big salary, that’s none of our business either. Warren Buffett making a good investment with his money does more good for the American economy and the productive citizens in it – and makes more of those productive citizens in the process – than ten times that amount being appropriated by Chuck The Schmuck and his fellow redistributionist slimeball politicians.

That Buffett is a lefty and plays along in his own demonization doesn’t change any of this. After all, Buffett is fighting the IRS, who says he owes a billion dollars in taxes he disagrees on, as it is. Not to mention the fact that Buffett is the single greatest beneficiary of his friend Barack Obama standing in the way of the Keystone XL pipeline, since Buffett owns a huge stake in the railroad – Burlington Northern-Santa Fe – which is the primary transporter of oil from the Bakken Shale play in North Dakota which would move through Keystone XL once it’s built. Buffett’s more than happy to play along in the plans of Obama and Chuck The Schmuck – he can make a lot more money getting the government to set market conditions in his favor than he can by not paying his 15 percent in capital gains.

Since he doesn’t pay it anyway – or at least withholds a billion dollars of it.

We can’t have that.

Actually, what we really can’t have is Chuck The Schmuck.

Is there any chance we can get Singapore to trade us Saverin back for Schumer? Certainly that’s not a one-to-one deal; we’ll at least have to throw in a muzzle, a few cases of Hebrew National hot dogs and maybe even a P.F. Chang’s franchise or two – and even then we’ll have to keep adding to the offer a bit before we can get the deal done.

But we need to do something. Because this insufferable douchebag is really starting to cramp our style as a country. And since the people of New York just seem too damn dense to rid our national body politic of this malady we’re going to have to come up with a more creative means of disposal.

Interested in more national news? We've got you covered! See More National News
Previous Article Federal tax loophole large enough to drive a tank through
Next Article The Jeremiah Wright 150K Bribe Offer Ought To Be Investigated By Congress