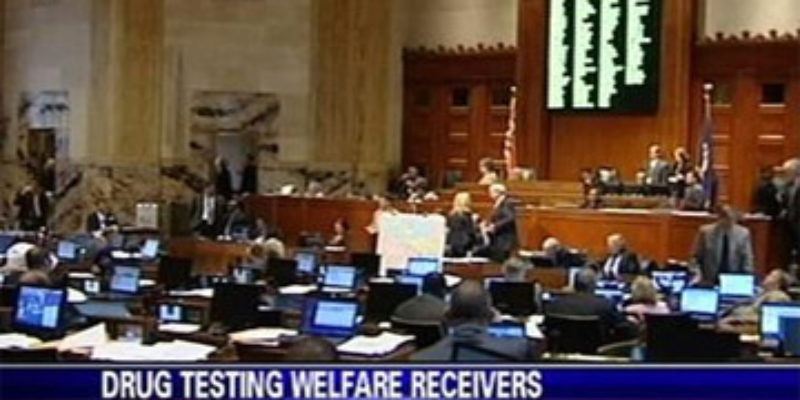 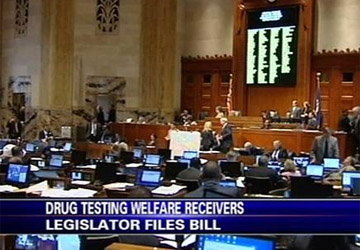 …and on Tuesday of next week it will go before the House of Representatives for a vote.

This time, the bill is HB 380, by Rep. Sherman Mack (R-Livingston). It would mandate that 20 percent of all those enrolled in the Family Independence Temporary Assistance Program (FITAP), which is a state welfare program providing an average benefit of $192 per month to nearly 6,000 recipient cases, undergo drug testing on a random basis and that to enroll in FITAP you’ve got to consent to the testing.

The welfare drug-testing bill represents some fairly well-trodden territory. It was a staple of former Rep. John Labruzzo’s for years; Labruzzo was called virtually every name in the book, most notably those names involving racism, for having authored it every year in the previous term. But while the bill was treated as something of an embarrassment in a legislature which had a majority of Democrats, it turns out that state legislatures in Florida and Georgia made it law in the past year. Florida has begun testing welfare recipients, and found 108 who failed the drug screening out of some 4,000 initially tested – which set off a flurry of left-wing guffawing about how the bill was a waste of time.

Mack, however, pointed out that part of the effect of drug-testing is to discourage those who would abuse the welfare program from applying for it – and while Florida’s testing yielded some fairly low numbers, in testimony on the bill Labruzzo noted that Florida saw a 16 percent decline in the number of people applying for the program, which means the net effect was to weed out those who would abuse it and thus saved money. And since the Florida bill went into effect (it was immediately sued upon by the ACLU, who got an injunction in a Florida court that was immediately appealed by the state), a similar bill was passed in Georgia and some 24 other states are now considering drug-testing bills for welfare recipients.

But before the committee reported the bill favorably on an 11-5 vote, there were fireworks between Mack and fellow freshman representative Katrina Jackson (D-Monroe), who seemed especially combative in opposition to the bill – and took a rather extreme position with respect to the responsibility of government to care for people on a cradle-to-grave basis. A taste of the 28-minute exchange…

Does Mack have a chance at passing this bill? Well, last year Labruzzo’s HB 7 got through the House with a 67-26 vote, but failed in the Senate despite getting 20 votes in some special circumstances. And that was in a legislature less conservative than this one is, before any other state had passed it and polling in several states indicated widespread support (76 percent in Virginia, better than 80 percent in unscientific polls in New Jersey and Michigan), and before next-door Gov. Rick perry, during his presidential run, said it wasn’t a bad idea.

So it wouldn’t be a major surprise if Mack is able to get the bill through the legislature where Labruzzo couldn’t. But based on the kind of questioning he got from Jackson in the committee, it would be a surprise if the floor debate on Tuesday isn’t a bloody mess.