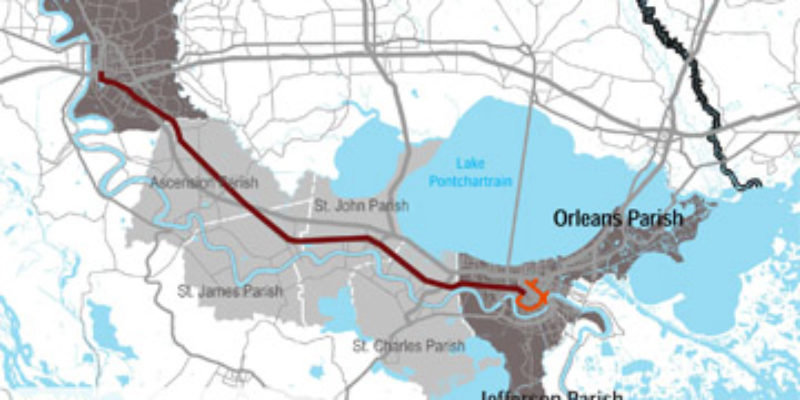 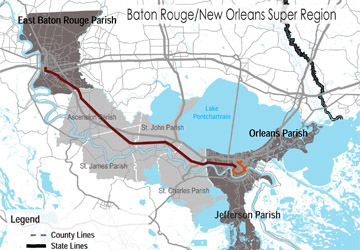 Here we thought the dumb idea of building a rail line from Baton Rouge to New Orleans with our tax dollars had been killed. But in this day and age one thing definitely seems true; the worse an idea is, the harder it is to finish it off.

And by that standard, the BR-to-NO rail line might rank up there with New Coke and the Edsel.

The Jindal administration was raked over the coals for kiboshing the rail line in 2010, largely because they saw that it would be tremendously expensive, couldn’t perform as promised and would lose a fortune – $18 million a year, in fact. Considering the shape of the state budget since then, one wouldn’t expect the rail line to have any more life.

But it does, because local and federal tax dollars are being used to keep it on life support.

This past week, the Baton Rouge Metropolitan Planning Organization approved spending $105,000 in federal money for a feasibility study of a commuter rail service to New Orleans.

The New Orleans Metropolitan Planning Organization is matching the expenditure with another $105,000, and the Baton Rouge Area Foundation provided about $90,000 for the study, said Huey Dugas, executive director of the Capital Region Planning Commission.

At least there’s more honesty at play here. The first time these people attempted to put the rail line forward they advertised it as “high-speed rail” – even though it’s considerably slower than you could drive from one end of it to another on the interstate. Now they’re saying it’s “commuter rail,” which isn’t much more honest but at least it’s not advertising a speed it can’t deliver.

But whatever the actual logistics and quality of the line, its proponents seem to be completely oblivious to the philosophical deficiency of what they’ve been pushing for three years…

A passenger rail link between Baton Rouge and New Orleans was included in the FutureBR plan, Baton Rouge’s master plan for issues of long-term land use and transportation.

Similarly, the Center for Planning Excellence, has been pushing in recent years for a commuter rail service as part of its “Connect” initiative. The initiative aims to link the two metro areas and offer improved access to affordable housing and jobs.

Linking the two cities by rail is a priority, DiResto said, because it would serve to reduce growing traffic congestion and could provide an evacuation alternative in the event of an emergency.

He also said the line would connect major medical facilities in the two cities and give Baton Rouge residents who fly out of New Orleans International Airport another way to get to the airport.

“High-speed rail is really successful when it competes with short airline travel for 200- or 300-mile trips,” Fregonese said. “But no one is flying from Baton Rouge to New Orleans.”

Here’s a question: if this is such a great idea, how come there isn’t an investor or a consortium thereof willing to build it with private dollars?

The answer is easy – because it won’t make a profit. And private investors don’t invest in things which lose money.

But a rail line is a business proposition. Rail lines tend to make money, if used correctly. It just so happens that “used correctly” means sending freight along a rail line, not passengers. Passengers don’t travel in bulk like freight does, so they’re not profitable cargo.

America was the first country to fully develop rail as a transportation option, and as soon as everybody had a car and air travel was developed across the country passenger rail started dropping off badly.

And that’s when private industry started getting out of the passenger rail business. Now, what little passenger rail you’ve still got is heavily subsidized and generally seeks rent from government rather than profit from the market.

We don’t like rent-seekers here at the Hayride, so naturally we’re not interested in what the FutureBR people and the rest of the grand planners behind this parasitic rail project have to say. The FutureBR people spend most of their time advocating for street improvements, most of which are good ideas except for the fact they all cost money nobody has to spend, and their involvement in the choo-choo to New Orleans makes them look like clowns.

Nobody wants to pay for that rail line when they know they won’t use it. And they won’t, because it’s quicker and easier to just take your car. If the train addicts would recognize that fact, we could move on to something else with more merit.

Or if they can’t do that, then go out and sell your $300 million boondoggle with its $18 million yearly operating expenses to the private market and see how far you can get.

Either way, this thing doesn’t deserve a pipeline into our wallets. We’re paying for enough bad ideas as it is.

UPDATE: Oh, by the way – this is how public rail projects generally go. Think this is a smart play for Louisiana to duplicate?

The good news in this debacle is that the state’s fiscal woes will make it nearly impossible to complete Governor Jerry Brown’s runaway high-speed rail train. The bad news is that the Governor is going to try anyway.

Transportation experts warn that the 500-mile bullet train from San Francisco to Los Angeles could cost more than $100 billion, though the Governor pegs the price at a mere $68 billion. The state has $12.3 billion in pocket, $9 billion from the state and $3.3 billion from the feds, but Mr. Brown hasn’t a clue where he’ll get the rest. Maybe he’s hoping Facebook will buy the train, though he’ll have a hard time convincing Mark Zuckerberg that it’s worth 100 Instagrams.