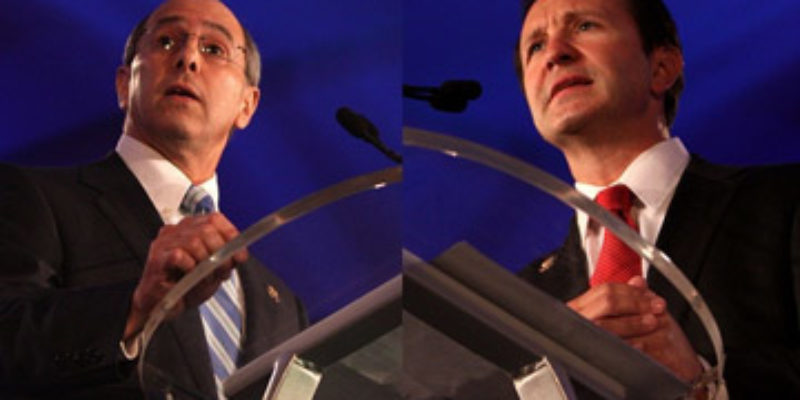 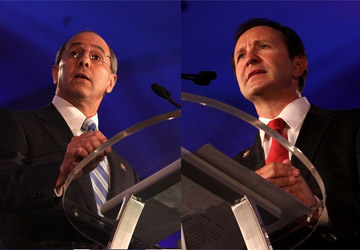 Being a Yankee can be seen as a detriment but I have another tool box to pull metaphorical utensils from to get my point across. One of my favorites is dogsled racing. You don’t have much use for dogsleds in Louisiana but the prime participants can be compared.

Politicians can be thoroughbreds or mutts. This is what we deal with in Louisiana.

There’s a contest between Representative Boustany (R) and Representative Landry (R) in the new district developed under Federal mandate in this post-Katrina world. Members of the Grand Old Party (GOP) are NOT members of one happy family as witnessed by this soon to be rancorous contest between two (2) Republicans. Boustany is technically a veteran. Landry’s the rookie. The differences are obvious.

Boustany learned to play the game according to the rules left behind since the beginning of the American Republic. Those with seniority cow their subordinates into submission and servitude until they’re ready to slide into harness and pull the sled in the same manner as has always been done. Each dog in the harness learns its place and behaves as they’re expected to behave. Boustany’s now a part of the entrenched team with his pedigree certified and stamped by his groomers and governing council of the Kennel Club. Some consider him a RINO (Republican In Name Only). They say he takes a moderate stance willing to give some to get little.

Landry’s an outsider and a mutt. And, that’s a good thing. It’s mutts you find most endearing generally. It’s the mutts we find friendliest most of the time. Mutts capture our hearts and imaginations and serve us as familiars and friends over time. They become family and are appreciated as such.

Landry’s in harness but he’s headstrong and passionate. He’s looking to change the speed, direction and control of the team. He’ll fight to become lead dog and doesn’t mind getting scuffed up in the fight. He’ll give as good as he gets. Stephanie Grace (Times-Picayune political writer) pointed out Landry gets his way by doing the outrageous but: “…what he didn’t get was much of anything for the people he represents”.

Landry’s said in the past: “I’m going to employ any tactic I can think of to get someone’s attention”.

And it’s there we see the difference in the candidates: their approach to whom they serve and how they feel best capable of representing them.

Boustany prefers to play along to get along. Personal power, wealth and recognition follow Progressive recipes for this cocktail known as Washington Politics. The position of Representative can lead to a position of Senator. The ranking changes from a ratio or 1:435 to a ratio of 1:100. That’s a quantum ego leap.

Landry’s moseyed up to the bar and wants change from within. But instead of serving up the same stale cocktail formula, Landry creates a newer attention getting taste for his patrons. Where Boustany appears mellow and follows the smooth development of a single malt whiskey; Landry is Jagermeister grabbing your attention. You take notice something different is happening: immediately. As is the case with the liquor in question; you may not appreciate what its flavor initially says but, you do pay attention.

Boustany went to Congress with the understanding he’d learn the rules and play under the tutelage of his elders. That was okay for that constituency at that point. Go along; get along. Maintain the status quo. Cream rises to the top.

Landry was elected and supported by people wanting a spokesman willing to impact what’s seen as a corrupt and corrupting juggernaut more interested in what it can get for itself and its participant members The system subjugates the people elected it. Landry’s doing what he feels best. That threatens the hierarchy his elders and now, Mr. Boustany, have carefully maintained and sustained.

One of the signature lines issued by a character is the James Bond line when asked his preferred drink in Dr. NO. It’s a vodka Martini: “shaken, not stirred.”

Landry wants to shake up Congress. Boustany wants to stir the ingredients but accepts the drink’s standard, tasteless and flaccid performance as acceptable.

Interested in more national news? We've got you covered! See More National News
Previous Article Decision 2012 – The “A B Cs” of Polling
Next Article Dennis Miller Gets Results