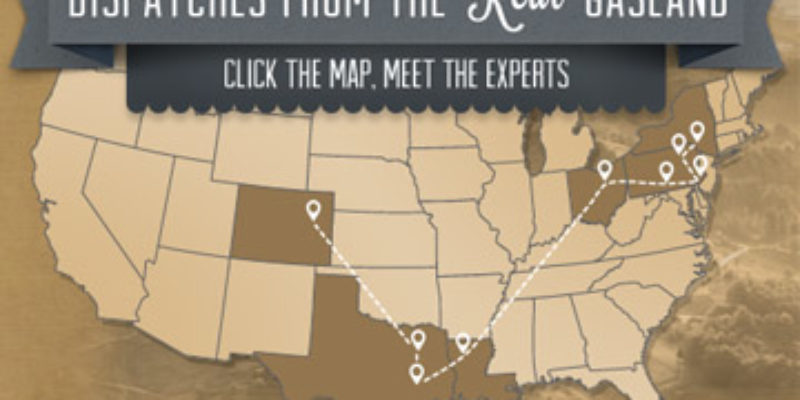 Remember when Josh Fox put out that ‘Gasland’ movie about hydrofracking and natural gas and how it was going to kill us all? And remember when after it came out the oil and gas industry had a collective cow about it?

At the time, Gasland stirred up a tremendous amount of Chicken Little-style wailing about hydrofracking – and a stampede of politicians demanding the EPA jump in and regulate the drilling technique even though it had been 60 years since fracking was first used as a means of bringing hydrocarbons out of shale rock under state regulation with scant few environmental problems.

The marquee moment in Gasland, of course, was a scene when a Colorado rancher lit the water from his kitchen faucet on fire. Since there was natural gas drilling nearby, this must have resulted from fracking – or so Fox implied. People with actual experience of living on land with natural gas underneath knew that methane in ground water is hardly an unknown phenomenon, but to the Great Unwashed from the cities this was evidence of the end of the world. Or something. Somebody had to put a stop to all this awful fracking.

The furor over Gasland has died down a little, though hydrofracking still commands headlines in places where natural gas is being explored and produced. But if Fox could put out a propaganda film with HBO’s left-wing agenda-driven dollars in tow (and don’t give us a denial on that; we’re talking about the people who put Bill Maher on every night and who did Game Change, for crying out loud) then it’s hardly unreasonable to see the oil and gas industry respond in kind.

And today they did. We bring you another documentary about fracking; this is Truthland…

Sure, it’s a little hokey and it’s an industry-friendly piece. But the only difference between this and Fox’s Gasland is that while Fox presented a slick feature playing upon a great deal of public ignorance on natural gas, this is a lot less slick and it actually presents some credible experts on the subject saying the exact same things they’ve said in other venues.

For example, John Hanger – the former head of the Pennsylvania Department of Environmental Protection, who was appointed to that job by Democrat governor Ed Rendell and who describes himself as a liberal and an environmentalist, gives a rather dim assessment of Fox and his filmmaking after being cast in Gasland as a tool of industry. Not just in Truthland – Hanger said the same thing to the Philadelphia Inquirer…

Fox portrays Hanger – a liberal who spent years in the mainstream environmental movement – as an equivocating tool of the natural gas industry. In one of the film’s signature moments, Fox pulls out a bottle of water he says was polluted by a Marcellus Shale gas well and challenges the state’s top environmental regulator to drink it.

A clearly uncomfortable Hanger declines. At the end of the interview – Hanger appears for five minutes of the 105-minute film – the secretary detaches the microphone from his lapel and walks out of his own office.

In an interview with The Inquirer on Wednesday, Hanger was harshly critical of Fox, whom he called a “propagandist.”

Fox, contacted in New York on Wednesday during a promotional tour, shot back: “It’s John Hanger himself who’s dishonest.” He said the secretary was disingenuous to present natural gas development “as anything other than a disaster.”

You could consider this debate Hack vs. Hack if you want. But as far left as the Obama administration is, and as anti-energy as it is, it’s instructive that the EPA’s focus has shifted from trying to horn in on the states’ regulation of fracking to a full-on assault on the coal industry – with natural gas as a fuel source for the power grid as the primary beneficiary. If Lisa Jackson and the rest of the enviro-nuts populating that administration really bought into the Josh Fox fracking narrative it’s hard to imagine they’d be on the course they’re currently on.

But Fox’s check from HBO was already cashed. If the producers of Truthland are to be believed, none of its principals were paid.

Interested in more national news? We've got you covered! See More National News
Previous Article The 2012 Legislative Session Was Pretty Good For Oil And Gas
Next Article Jindal Hears The People On Tax Breaks, And Now The Fun Begins