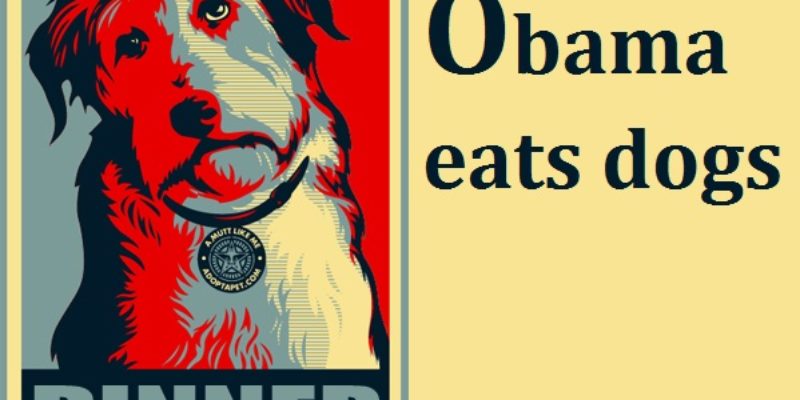 We can all agree that voting is a right and responsibility of American citizens, but when a George Soros funded front group is working to elect Democrats by filling out registration forms for dead folks, convicted felons and even the family dog we’ve got a problem.

A few days ago, Secretary of State Tom Schedler released a public warning for Louisianians to be on the lookout for mailings from the Voter Participation Center, a Washington-based nonprofit organization that’s been filling out registration forms for people. Some of those people are long dead or otherwise ineligible to vote because they are underage, non-citizens, etc.

Others are precluded from voting—fairly or unfairly—because they are dogs and cats, Schedler said.

The Secretary of State’s Office has logged over 200 complaints in recent weeks from people that include:

I did a little checking on the Voter Participation Center and learned that these mailings are going out all over the country. The group has taken particular heat for helping register dogs and cats to vote.

This intrigued me, so I had to find out if forms were being filled out for Fido here in Louisiana like they are in other states. Since Schedler didn’t include complaints about applications being filled out for pets in his warning, I asked him about it during a conversation we had yesterday.

“We’ve had that problem in some jurisdictions here in Louisiana, as well,” he said.

With these kind of shenanigans going on, it was obvious that Soros money had to be involved. It didn’t take long to confirm this. Here is what the Voter Participation Center (VPC) is all about, from discoverthenetworks.org:

Though VPC describes itself as a “nonpartisan organization,” its overriding objective is to increase electoral support for Democrats. Each of its target groups has traditionally been a reliable supporter of the Democratic Party. According to an October 2010 VPC study, for instance, unmarried women favor Democratic candidates by a 67%-to-28% margin—in contrast to married women, who lean 52%-to-40% in favor of Republicans. Similarly, 86% of African Americans and 64% of Hispanics identify themselves as Democrats. And in 2008, fully66% of voters under age 30 supported Barack Obama.

VPC was originally known as “Women’s Voices, Women Vote” (WVWV), and started out as a project of the Tides Center in 2003; two years later, it incorporated as a stand-alone entity. The name was formally changed in 2011 to reflect the fact that the organization had expanded its focus beyond unmarried women, to include the entire RAE.

To improve its methods of increasing RAE voter participation, VPC uses controlled clinical trials to determine which tactics are most effective. Further, the Center conducts research on “the public policy needs” (regarding such issues as healthcare, childcare, and economic security) of the RAE population, with the intent of using this information to persuade RAE voters to support the candidates (i.e., Democrats) who can most effectively address those concerns. VPC carries out this research in partnership with think tanks such as the Center for American Progress and the National Women’s Law Center; other civic-engagement and voter-education organizations including the League of Conversation Voters Education Fund; public-opinion experts such as Greenberg, Quinlan, Rosner Research (GQRR) and Lake Research Partners (LRP); and academics.

VPC was created by the Soros-funded Tides Center and partners with the Soros created Center for American Progress. Its roots are very similar to our favorite Soros funded “non-partisan” non-profit right here in the Bayou State, the Louisiana Budget Project.

While I’m familiar with stories about Democrats registering dead people and non-citizens to vote—even cartoon characters—registering pets was a new one to me.

Getting busted on this caused VPC to put out an ad in response:

So, it really shouldn’t matter that VPC is swelling voter rolls by filling out forms for pets. It’s not like pets are going to be showing up to vote. That’s crazy! Nothing to see here—unless you couple that info with this from VPC’s website:

Vote by Mail: The VPC started R&D on Vote By Mail (VBM) in 2004. In 2010, the VBM program targeted RAE registered voters with a very high likelihood of not voting in the midterm election. The program was already cost-effective, but the evaluation of the program has allowed the VPC to produce a new breakthrough model of VBM that will increase the return on investment in this critical turnout methodology by a staggering 39 percent…The VBM program sends applications to request a mail ballot to targeted voters (RAE with a relatively low likelihood of voting) in states that permit “no excuse” absentee voting by mail. The 2006 treatment group showed that 33 percent- of the 2006 net additional votes were achieved again in 2008 without any further contact.

Here’s how it works, it you haven’t already figured it out:

VPC sends out completed voter registration forms to targeting RAE (Rising American Electorate) voter homes. RAE voters include the young, single women, minorities—just about any group that polls high with Democrats. The people who get the forms can forge signatures for a dead relative, an illegal alien, even their schnauzer and send them to their local Registrar of Voters Office.

For states that don’t check photo voter IDs, committing voter fraud is pretty easy. For states that do check IDs, like Louisiana, people can just vote absentee. There are hurdles in Louisiana, if you want to commit voter fraud in this manner, but they aren’t very high. We are not a “no-excuse” state, but Democrats are pretty good at coming up with excuses. If you don’t have a picture of a fake ID to send in—or maybe a real one of a ID from a dead relative—all you really need to do is fill out a form with signatures of two people who can verify your story. Those signatures can be faked, too, by-the-way.

Since the Secretary of State’s Office has received more than a couple of hundred of complaints, you can bet thousands of these forms have gone out in Louisiana. Taxpayers have to fit the bill for weeding out the bad applications, so this just keeps getting better.

There might be a little hitch in the Voter Participation Center plan, however, if dogs have any say in the matter. My dog, Rosie, has assured me that Obama would never get her vote—something about his culinary habits: 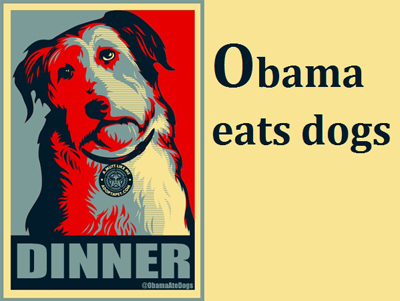