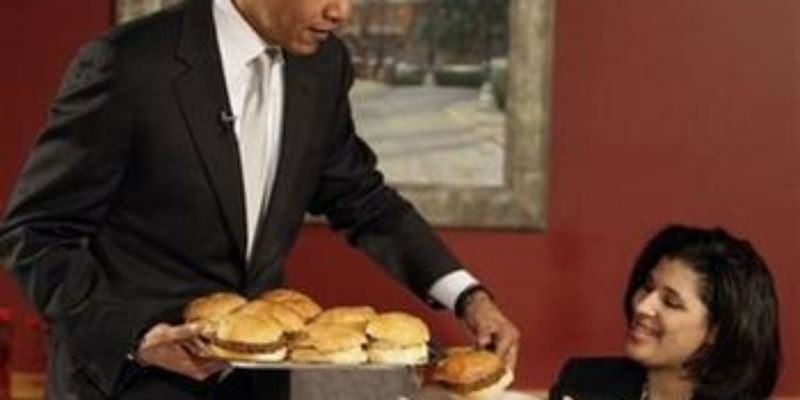 You are probably well aware of all the fun things heading our way—from Death Panels to higher insurance premiums— with Obamacare.

With that in mind, here are The Hayride’s Top 5 Unintended Consequences of Obamacare:

5. Will You Be Having A Price Increase With Your Big Mac? Why, Of Course, You Will. 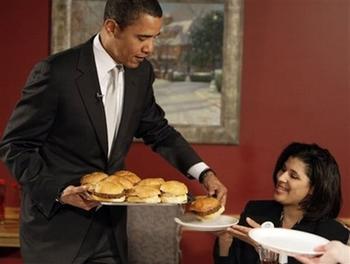 This is a story that has broken over the last couple of days that got me thinking about putting together this little list. Whether or not you want to be paying more for that Big Mac, you are going to.

McDonald’s recently warned  its franchises that employer healthcare mandates could cost restaurants as much as $30,000 annually, depending on how many full-time workers they have.

“Our current estimate is healthcare is going to impact, in each individual restaurant, in the range of $10,000 to $30,000. I will tell you that we are significantly increasing now that the Supreme Court has ruled increasing our conversation and disclosures with franchisees around what does this mean for brand McDonald’s. So that they can be as educated as possible around what’s happening, so that they can start to anticipate and make any changes if they have to try to minimize the impact of this,” said a company representative.

Overall, Obamacare is poised to cost McDonald’s as much as $420 million annually, McDonald’s CFO Peter Bensen said during a conference call, according to CFO Journal. These prices are expected to be passed on to consumers. Rising fast food prices might be good news to potentate billionaires like New York’s Michael Bloomberg, but it’s bad news to regular folks.

You might have guessed that McDonald’s isn’t the only business that will raise prices as the cost of doing business will be going up across the board, thanks to Obamacare. Poor consumers will, of course, be the ones who will be impacted the most. Even more so, because no one will be hiring folks who need jobs the most—which brings us to No. 4…

4. No One Will Be Hiring Folks Who Need Jobs The Most:

Under Obamacare, businesses that don’t offer employees an insurance plan and employs more than 50 people, must pay a $2,000 annual tax per-employee. Since that option will be cheaper than insurance premiums, most companies will simply drop their employee insurance plans.

That’s been widely reported, but here is something that you might not know. Businesses that don’t provide insurance plans that have employees covered under healthcare exchanges for low-income people will be taxed $3,000 per-employee. Look it up. This is going to keep businesses from hiring poor applicants to avoid paying the higher tax.

Businesses will be doing other things to avoid the tax, like taking on more workers in part-time positions (less than 30 hours per-week) and contracting out workers for jobs. Those things don’t provide full unemployment payments—none, in the case of contract workers— and other benefits available to full-time hourly wage-earners.

This is something that we have covered before, but let’s do a quick summary if you missed it. Obamacare requires states to set up their own healthcare exchanges—systems in which private insurance companies manage Medicaid patients—or have new Medicaid patients, under guidelines to be implemented in 2014, absorbed into federal exchanges.

Single people with taxable income could be covered under Medicaid. The Supreme Court has ruled, however, that states don’t have to comply with the Medicaid expansion.

The Supreme Court’s ruling on the state Medicaid provision means that some of the poorest among us will be taxed—by 2.5 percent of their annual income by 2016—and have no healthcare coverage. The states can’t afford to expand Medicaid to absorb them and don’t have to. In Louisiana, and most other states, if you are a young single man or woman (without dependent children in a woman’s case) you are generally ineligible for Medicaid. You will be taxed with no coverage.

There is a way for a low-income, young single woman to avoid paying the tax, however. She could get knocked up. If she does that, she would be covered under Medicaid and avoid the tax. Having illegitimate children will keep her from paying the tax and give coverage under Medicaid. It’s a win-win all the way around—right?

There are still other ways to avoid the tax, like lying about your heritage Elizabeth Warren-style.

2. Obamacare is going to give birth to more Elizabeth Warrens: 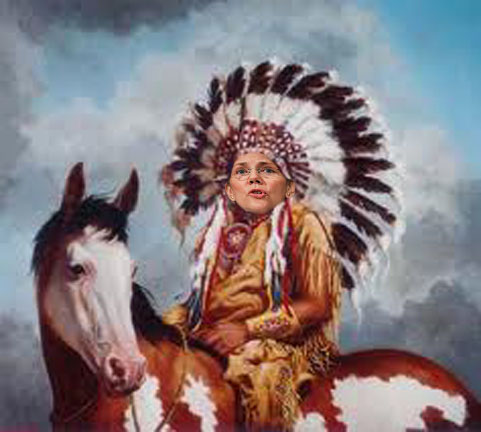 This is a particularly fun one. Elizabeth Warren, the Democrat who is running against incumbent Scott Brown for the U.S. Senate in Massachusetts, made nationally headlines by fibbing about being an American Indian to get into Harvard.

While she lied about her ancestry, Warren’s family does have connections to America’s indigenous people—at the end of a riffle, sending them on the Trail of Tears.

After Obamacare comes into full effect by 2014, there are going to be a lot more people speaking with forked tongue about being American Indians.

Most people don’t realize it, but Indians are one of the few groups that are excluded from having to participate in Obamacare mandates.

So, you don’t have to play ball of you are an American Indian or someone who can get out for your religious beliefs—Roman Catholics don’t really count, but if you are Amish or Muslim you are cool. Heck, we might even have a few American Indian Muslim Mennonites turning up soon. Got to cover all the bases.

1. The Government Can Tax You For Anything Now, Or Even for Nothing:

This one comes in at No. 1, because it’s maybe the most egregious thing to come out of the Obamacare mess. A precedent has been set for the federal government—or, really, any governmental body—to levy taxes on nothing. The law was sold to the public and passed though Congress under the Commerce Clause. When that didn’t pass Constitutional muster, the old bait-and-switch was done and the Supreme Court let it through under the taxing power.

This begs the question, “What kind of tax is it?”

Is it an income tax? No. Is It an excise tax? No. Does it resemble any kind of tax that we have ever had? No. It is, in fact, a tax on inaction, as this short video from the Cato Institute explains:

The taxing power has been expanded to include the power to levy taxes on nothing at all. It’s true that there are political hurdles that have to be overcome with taxes, but since all Constitutional ones have been removed don’t think that politicians won’t come up with new creative ways to enact targeted tax hikes on people for doing nothing.

Why not tax business owners for not hiring more members of a Democratic voting bloc? Get a Democratic Congress and president—you know, like what gave us Obamacare—and the possibilities are endless.

There is one unintended consequence of Obamacare not on the list that Obama wasn’t counting on—the backlash from the American people that’s, hopefully, going to keep a scenario like that from happening for a long, long time.