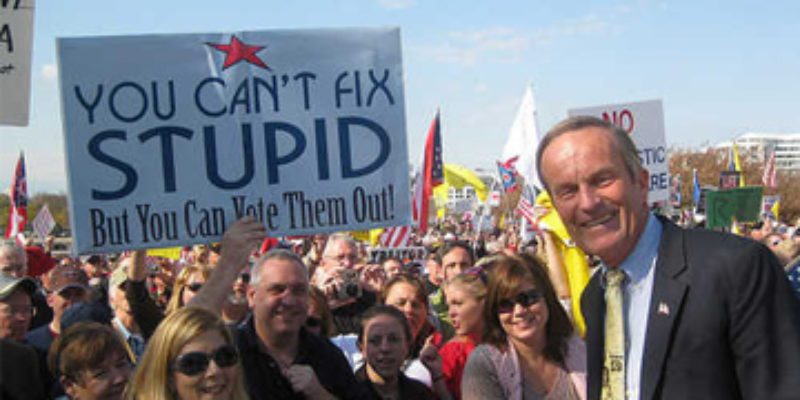 What a difference one TV interview can make. Embattled Democratic incumbent Claire McCaskill has now jumped to a 10-point lead over her Republican challenger, Congressman Todd Akin, in Missouri’s U.S. Senate race. Most Missouri Republicans want Akin to quit the race while most Missouri Democrats want him to stay.

The latest Rasmussen Reports telephone survey of Likely Voters in the Show Me State finds McCaskill earning 48% support to Akin’s 38%. Nine percent (9%) like some other candidate in the race, and five percent (5%) are undecided.

Akin’s cooked. Officially. He dropped 21 points with one stupid statement – not scientifically, mind you, because the PPP poll which had him up by 11 before wasn’t with the same sample and methodology this Rasmussen poll used.

Regardless, that kind of drop indicates permanent damage. Whether all this is fair or not, it is what it is.

To continue at this point is mere ego and selfishness. If Akin truly believes in moving the country away from Obamacare and abortion on demand and soak-the-rich, then he needs to get out of the race so that the Missouri GOP can replace him with a candidate who can win. Either John Brunner or Sarah Steelman, the other two major primary candidates who didn’t get $2 million in free advertising courtesy of Claire McCaskill as she successfully selected her general election opponent, would destroy McCaskill on Nov. 6. So would Jim Talent, John Ashcroft or Kit Bond, all former Missouri Senators who could ride the conservative wave in that state without falling off the board like Akin has.

Just get out, for cryin’ out loud. You’ve already blown your shot at getting elected. Deal with that on your own time; don’t force the rest of us to suffer with another loopy, crooked Democrat who can block a repeal of Obamacare in the Senate.

Interested in more national news? We've got you covered! See More National News
Previous Article Who Did Stephanie Gutter Screw To Get Her Job?
Next Article Hey, How Come We’re Not Up In Arms About Al Franken’s Rape Jokes?