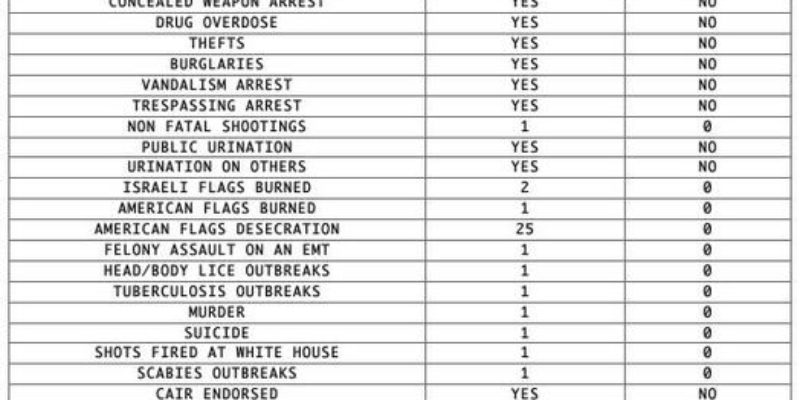 Shortly after posting some videos about a bunch of tea party types upset that the federal government is labeling them potential terrorists, we get a breaking story about a nut shooting up a conservative-Christian lobbying firm in Washington.

Details are sketchy at this point, as they always are early on when something like this happens. Indications are, however, that is was a domestic terrorist attack by a progressive over the firm’s conservative politics.

That seems to be the case, but we still don’t know what really happened.

What we do know is that if some lefty lobbying firm were to suddenly get shot up, dopes in the Main-Stream-Media and Democratic Party would be breaking their necks to pin it on the tea party.

How do we know this? Easy, they have been pinning violent acts on the tea party for years, even though no tea party person to date has committed such an act.

Remember the 2010 car bombing in Times Square? It could have been done by anybody, New York Mayor Michael Bloomberg told Katie Couric—most likely by one of those crazy tea party types who have been protesting Obamacare:

Only, it wasn’t a tea party person. It was one of those Islamic radicals that the Left doesn’t like us to call terrorists—that’s just racists. But, let’s cut Bloomberg some slack. After all, the tea party was kind of new back in 2010 and they just had to be crazy—they are conservatives. Sane people vote for politicians who create multi-trillion dollar medical entitlement programs in the midst of a deep recession that scares the hell out of the private sector. Only crazy people would protest that, but let’s move on.

How about the Gabby Giffords shooting that left six dead in 2011? There are several videos I could put up on this one from people like Chris Matthews to Bill Maher laying the violence at the feet of the tea party, but here’s a nice one from Democratic Party Chair Debbie Wasserman Schultz:

Eventually, the Left had no luck in blaming the tea party for nutso Jared Loughner, who listed The Communist Manifesto among his favorite books on his YouTube account, where he “favorited” flag burning videos—sounds just like a tea party wacko.

More recently, we have the Batman movie shooting in Colorado. When lefty media types like ABC’s Brian Ross couldn’t find a way to tie it to the tea party, they took to Google and typed in the shooters name with “tea party.”

Oh boy, something came up!

We don’t even have instances of tea partiers giving progressives the finger, although some have gotten their fingers bitten off by progressives:

Well, he probably deserved it. Just look at all the crimes those conservative protesters commit. No wait, it’s the Occupy Wall Street left wing protesters who have been doing all that. Well, the tea party must have been doing some of that raping, killing and pooping on cop cars. Is anyone keeping score? Well, yes they are: 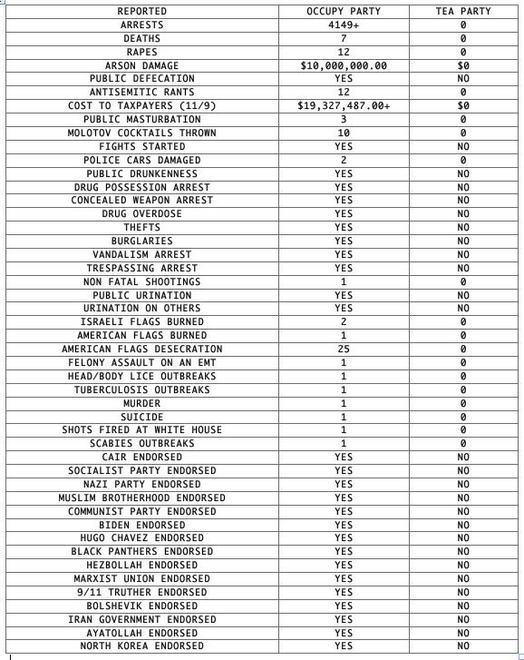 The folks in Winnsboro yesterday, who were advocating peaceful resistance, were upset about two reports from the U.S. Department of Homeland Security—one is called, “Rightwing Extremism: Current Economic and Political Climate Fueling Resurgence in Radicalization and Recruitment,”.

Funny that the Obama Administration hasn’t released any reports on leftwing extremists—you know, the ones who are actually committing terrorist acts. Go figure.