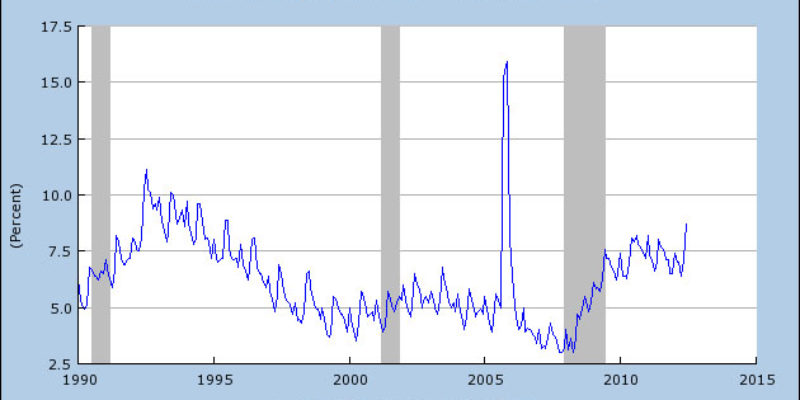 The headline probably sounds crazy. The notion sounded crazy when I first heard it myself. But a story out of the Big Easy this weekend drives home the distinct possibility that it might be valid after all.

First, let’s go back to 2006, when the Nagin-vs-Landrieu question first took form given that the two were running against each other. Nagin, of course, had just come through an inexcusably poor performance during Hurricane Katrina; his lack of leadership was personified in photos of empty, flooded Orleans Parish school buses which weren’t used to evacuate the city’s residents during the storm while Nagin descended into mush on national TV. He then embarrassed himself further by declaring that New Orleans would maintain itself as a “chocolate city” as it rebuilt from the storm; this while he was concocting a series of crooked deals with a tech company which ultimately looks like it will land him a spot in a federal prison.

But Nagin was running for re-election in the spring of 2006, and Landrieu – then the state’s lieutenant governor – was challenging him. Landrieu offered himself up as an improvement in efficiency and presentation for the city, and a more-able leader who could bring the Big Easy back.

Nagin ended up winning, largely because he played the race card over and over during the campaign. The city’s black population regarded New Orleans City Hall as its exclusive property and Landrieu’s candidacy was a threat to that identity-based birthright.

But prior to that election I was in New Orleans at a function and had an interesting conversation with one of what turned out to be a quickly-growing class of entrepreneurs arriving in the city to build companies. This particular entrepreneur came from New York, and he was hiring as fast as he could for a tech-based business matchmaking concern.

And after explaining to me that he was as conservative as could be, he dropped the bomb that he was not only voting for Nagin, he’d written a big check to him.

I couldn’t believe it. Why would he reward the mayor’s incompetence? Was there some personal reason for the support?

Nope, he said. He’d thought it through philosophically and Nagin was actually good for the city – better than Landrieu, in fact.

“The thing you’ve got to remember,” he said, “is that both of these guys are socialists. If they had the ability they’d control everybody’s life. What makes Nagin good is that he’s not capable of doing that.

“Between two socialists, you always want the more incompetent of the two.”

He further explained that his business was booming, and one reason was that he didn’t have to deal with city regulators for permits, licenses and so forth as he’d expected when he opened his doors. “I expected I’d have somebody through my doors on a constant basis shaking us down for God-knows-what,” he said. ‘They’ve completely left us alone, and we’re able to focus on our core business instead of regulatory compliance on how many fire extinguishers we have or the racial makeup of our employees or whether we have handicapped parking for our customers who use us online.

“You put Landrieu in here and I guarantee I’ll have all of that to deal with. Nagin and his people aren’t smart enough to come in here and harrass us. They would if they could; I know that.”

I thought it was an interesting theory, but I wasn’t convinced. At least not until Nagin won the election and the city’s economy took off thanks in part to the exploits of entrepreneurs like the one I talked to that day. 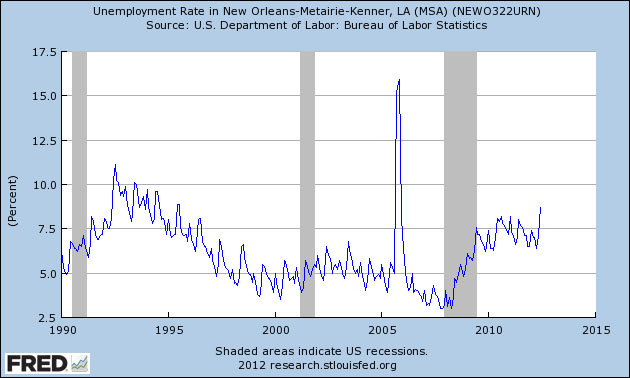 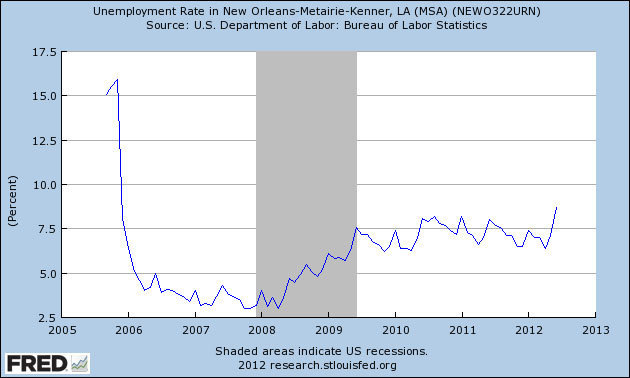 Obviously there are larger factors at work in driving New Orleans’ unemployment rate than just the performance of City Hall’s regulators. But it’s interesting to note that two years after Nagin’s re-election the unemployment rate in that city dropped off to next to nothing – in fact, there was a labor shortage in the city.

Meaning that for all his faults, and quite probably in spite of his incompetence, Nagin’s second term was a fabulously successful one in terms of his city’s economic performance.

And since he went into office in 2010 after Nagin’s tenure ended, Landrieu has overseen a slow, steady rise in the city’s unemployment rate. Sure, that reflects conditions beyond his control to an extent – the national stagnation of the economy, the lingering effects of the offshore drilling moratorium and so on – but then there’s exactly what my friend the tech entrepreneur was talking about.

To the dismay of many music lovers in New Orleans several popular entertainment venues are having to silence their live music performances.

Those business owners recently learned from the City that they don’t have the appropriate live music license.

Every wednesday, O’Donnell performs for patrons at the Circle Bar on Saint Charles. This week, the musician was forced to put down his instruments in a venue that is all about the music.

“The whole thing centers really around the music, you have a lot of out of town bands that come in and they put on some really big shows. But you also have the happy hour that I do, which is mostly a local following,” said O’Donnell.

Outside a sign highlights the bar’s plight. Bar owner Dave Clements says he was recently told by the city that he doesn’t have the necessary live music permit. Clements says musicians have been playing here since 1999 and its the first time he’s been approached about such a permit.

“Everybody misses the shows. We were able to move most of our bands and most of our major venues to other venues and other places which has been great,” said Siberia Co-owner Daphne Loney who says their live music line up is on-hold while permitting issues with the city can be ironed out. Loney hopes to have live music start back up no later then December.

“We’ll be back soon. We’re just trying to do it the right way, and we’re trying to go through the process the city has put in order for us,” said Loney.

“These two properties were identified as not having their licenses for live entertainment as a result of the Department of Revenue doing a check and inspections of establishments,” said interim director of Safety and Permits, Pura Bascos.

The City says it is not about silencing the music instead it wants to make sure that everyone plays by the book.

“What we’re attempting to do is follow what’s been put on the books as far as zoning and revenue is concerned,” added Bascos.

Landrieu’s people are efficient, aren’t they? Nagin’s out, and Big Brother is in. And business gets shut down.

Bear in mind this is hardly a singular example. There’s the constitutionally-challenged raft of regulations on taxicabs in the city, which look to be tailor-made to enable the Russian mob to consolidate its control over that industry at the expense of the independent operators. There’s the crackdown on bars for violations of city regulations from a book which rivals the Dodd-Frank bill in its volume. And there was the long arm of Landrieu’s law descending upon French Quarter establishments for the crime of holding sales of Mardi Gras costumes.

None of these things happened when Nagin was New Orleans’ mayor.

Of course, of the core functions a mayor is responsible for, things like streets, sewer and water and crime – none of those areas of governance are particularly improved. New Orleans’ sewer system is a shambles and a hard rain will put six to twelve inches of water in the streets all over town, the murder rate is still sky-high, corruption is still rampant in city government as the recent arrest of former city councilman John Johnson showed.

The only real difference seems to be that while Nagin generally left the more-or-less law-abiding people alone, Landrieu refuses to. And he’s choking off the city’s recovery in the process, which makes my friend the tech entrepreneur a quite sage prophet indeed.