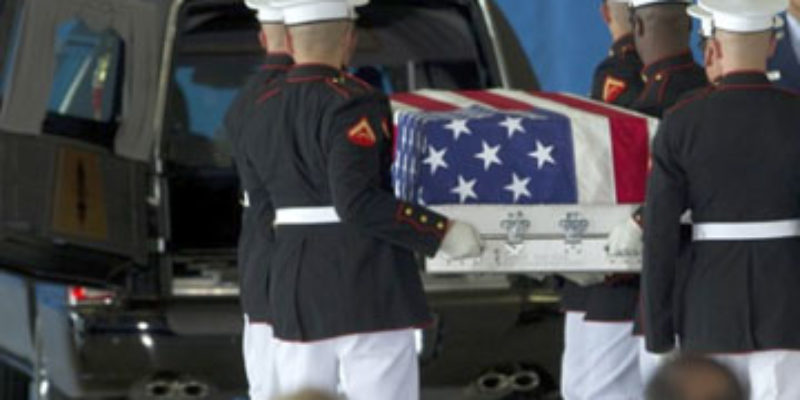 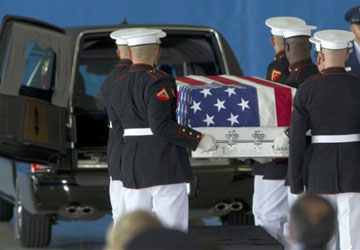 …I’m not saying I buy into this, because I generally keep to Charles Krauthammer’s rule that between conspiracy and incompetence to explain the unexplainable always go with incompetence.

But I will say I find this intriguing, and perhaps true in part.

It’s a theory which says that Benghazi wasn’t an assassination of our ambassador to Libya but rather a kidnapping gone wrong – with a pre-negotiated denouement between Al Qaeda and the Obama administration with Egyptian president Mohammed Morsi as a go-between.

The elements are these…

1. Security: there was virtually none at the consulate in Benghazi despite a persistent request by the diplomatic mission in Libya for it. Testimony last week indicates that not only was the security around our ambassador in Libya not up to snuff, it had actually diminished in the months leading up to September 11.

2. Egypt: Morsi had claimed that he would secure the release of the Blind Sheikh, Omar Abdel Rahman, who was the mastermind behind the 1993 World Trade Center attack, from the time of his inauguration. And what’s more, that release has been bandied about increasingly in the last few months – so much so that the attack on the U.S. embassy in Cairo which was led by Ayman al-Zawahiri’s brother (Zawahiri and Rahman are friends of long-standing) was specifically described as an attempt to free the blind sheikh.

3. An absolutely unintelligible response by the administration to the questions of security in Benghazi, the cause of the attacks on our embassies and the question of whether a release of the blind sheikh was on the table.

4. The focus on an Egyptian Coptic Christian who had made a low-quality YouTube video essentially parodying the Monty Python film The Life Of Brian, but with the Prophet Mohammed as the subject – and the subsequent arrest of Nakoula Bassely Nakoula following the attacks on the embassy for a nebulous violation of his probation.

Put those together and you get this…

The murder of Ambassador Stevens at Benghazi is Obama’s October surprise gone bad thanks to two former SEALS who were not supposed to be at Benghazi. But then I ran to the end of the story so let’s back fill the datapoints.

First President Morsi[‘s] first public statement to us was that he wanted the blind imam who first bombed the WTC released. Now Obama forever dedicated to appeasing the muslim world, bowing to them comes natural to him, knew that he had to obey Morsi’s request however he couldn’t release Omar Abdul-Rahman. There had to be a reason powerful enough to warrant his release. What better than to return to the Carter era of American hostages?

Obama sees a way to release the imam and secure his re-election in one act. So the wheels are set in motion. So he needed a cover story. Oh, the You Tube video that no one has seen, released in July. America could be shamed into releasing the imam because someone posted an obscure video and we have to follow Obama’s lead and bow to muslims.

Next weaken the security at Benghazi by removing the security teams and employing Libyan bodyguards for the ambassador. In effect the embassy could not defend itself. The back channel had to be from the WH to the imam’s legal representatives. It was suggested that Obama needed a reason to release the imam that America could agree to. What better than hostages? They were informed that there were no security forces at Benghazi to defend Stevens so overrun the embassy and take him hostage. Really easy.

What was not planned for were former SEALS Doherty and Woods. They were not part of Stevens security detail; they happened to be in Benghazi working for the CIA to located missing surface-to-air missiles.

So the terrorists plan the assault on the embassy thinking there would be no resistance. Well two SEALS never back down from defending America and Americans. These two heroes gave their lives fighting to protect our embassy and our ambassador. No telling how many peaceful muslims they transported to the afterlife; however. the terrorists who thought this was just a walk in the park protect now sought out the Americans to kill them not hold them captive. The overthrow went from hostage taking to killing.

Now the WH knew the plan had blown up. There were no hostages only dead Americans. How to cover? Roll out the 14 minute video, no one has seen, as the cause. The WH cover up was in play.

With the killing of Ambassador Stevens, there could be no exchange, no October surprise. Oh what was the October surprise? Well Obama would spend a month negotiating with the terrorists for the release of Ambassador Stevens and finally and after his focused efforts on saving Stevens’ life, Stevens would be released just before the election. Obama would have sucked out all the energy from the campaign as everyone would be watching him, the Nobel Peace Prize winner, negotiate for the release of Stevens. The world would applaud him, the muslim would have their murderous imam back, he would be reelected and the destruction of America who go on.

We can only thank every day these SEALS for defending America with their lives.

Wonder which story makes more sense? Mine of the one the WH spins every day that keeps changing as the lies are exposed.

Doug Ross doesn’t necessarily endorse this, but he uses it to make a criticism of the idiotic and changing-daily official story we’re presented with…

Sure, it’s a crazy, right-wing conspiracy theory. But add in the following observations:

• Repeated denials for more security in Benghazi, despite requests from multiple quarters. No credible explanation has been offered for the removal of security by the White House or the State Department.

• Leading up to 9/11 — of all dates — there was no special security posture ordered in diplomatic installations around the Middle East.

• After the attack, a series of conflicting and morphing stories were offered by, among others, Ambassador Susan Rice, Hillary Clinton, Barack Obama, Jay Carney, David Axelrod, Joe Biden, etc.

• Not only did the president go to sleep after getting word of the attack, but it appears he also refused security briefings in the aftermath of the attack, instead simply departing for a fundraiser in Las Vegas.

The theory being: the President didn’t need to stay awake after hearing of the attack. He didn’t need any briefings. He knew exactly what had happened.

The problem we have with this stuff is that the attack on the Cairo embassy apparently began BEFORE the assault in Benghazi did. Unless Al Qaeda set up 20 embassy riots across the Muslim world as a wide diversion, that would seem to be a bit less precise than one would expect – and setting off riots at U.S. embassies can have unintended consequences which could blow up any plan to exchange the blind sheikh for American diplomats. Which is, of course, precisely what happened.

Of course, it’s been a long-standing policy not just in American government but among the people as well that WE DON’T NEGOTIATE WITH TERRORISTS. So if this theory is true, and I don’t buy that it is, it would mean that the Obama administration thinks they wouldn’t pay a price at the ballot box for dealing with such people. And maybe that’s true – Obama’s people seem pretty dismissive of the folks who make up a traditional majority of the population, and they’re pretty cynical about presenting every so-called achievement of the president as an historic victory. Maybe they would think pulling off a deal like this would help him rather than hurt.

In any event, Benghazi is an unmitigated disaster and it’s clear the administration’s stories aren’t going to hold up. And so long as they continue flopping around and refusing to admit responsibility for whatever it was that did happen – not to mention give an honest accounting for what that was – theories like this one will gain purchase.