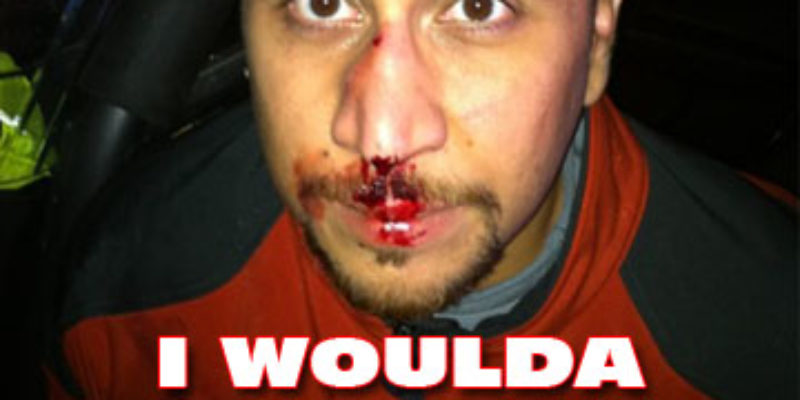 Remember how we’re supposed to believe that he was lyin’ when he said Trayvon Martin cold-cocked him before he jumped him and started bashin’ his head onto the concrete?

Remember that? Remember how all the race pimps said “well yeah, of course he’d say that but we shouldn’t believe any of it” and when the cops didn’t charge him initially it was ’cause the cops were all racist rather than that they had a reason to think he shot Trayvon in self-defense?

And when that whole circus played out, it came down to a he-said, he-said. Because there was no evidence Zimmerman had gotten cold-cocked. Right? There was evidence the back of his head was all cut up, but no evidence that Trayvon had started the fight. Other than the fact Trayvon’s knuckles were all cut up and he had nothin’ else wrong with him except the bullet hole.

You remember all this, right?

Then today, this comes out… I s’pose he did that to himself, right?

And how come this pic never saw the light of day until now?

Free George Zimmerman. This guy has suffered enough. He’s done nothing wrong other than defend himself and kept from endin’ up a statistic.

For Chrissakes, let the guy walk.