…is getting to watch Debbie Wasserman Schultz attempting to form a cogent answer to the question why Democrats are all of a sudden in support of most of the Bush tax cuts.

She says “they weren’t paid for.”

Except that the federal revenue increased fairly dramatically after the last of those tax cuts were implemented in 2003. Here’s a graph… 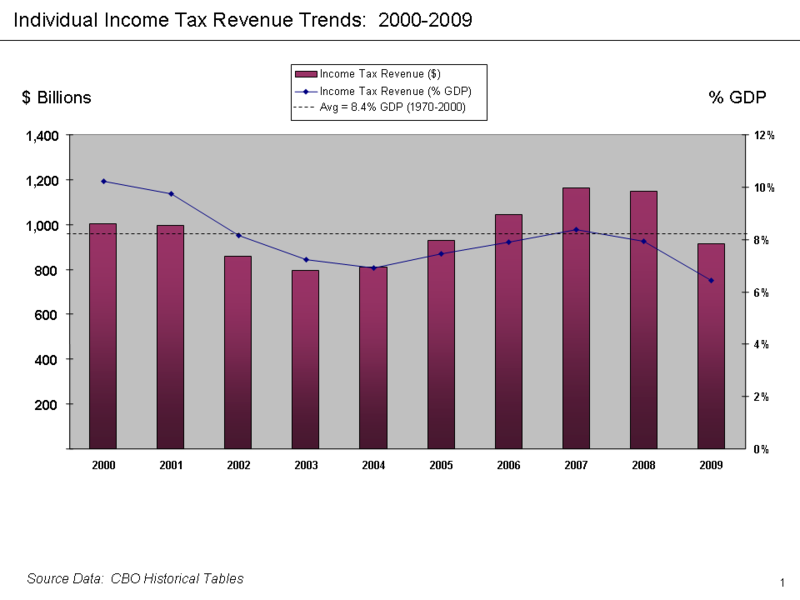 Admittedly, the initial year of the first round of Bush’s cuts enacted in 2001 was in 2002, and that was a down year where federal revenues were concerned. 2002 was also the year after the World Trade Center, and a good chunk of America’s financial industry, was blown up on September 11, 2001, in the middle of a not-that-great economy in the first place. By 2004, the economy had begun picking up and by 2007 federal revenues were greater than they’ve ever been in gross numbers.

Which is something Debbie Wasserman Schultz would never admit to, but it’s a fact.

What we’re going to see is the opposite. Raise taxes and watch the revenue fall short of projections. Will Debbie Wasserman Schultz have an excuse for that?