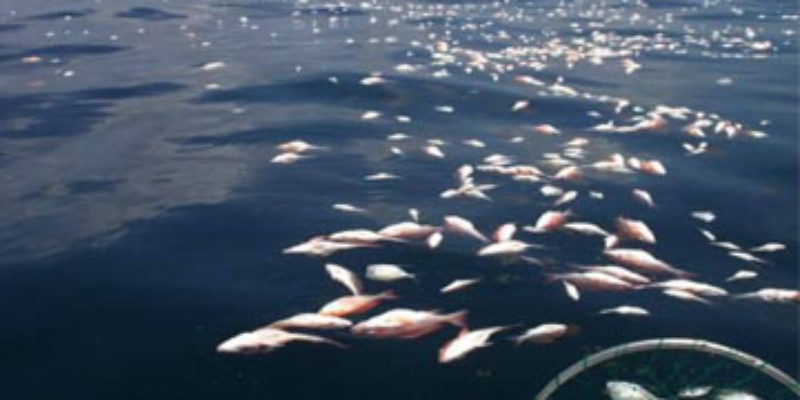 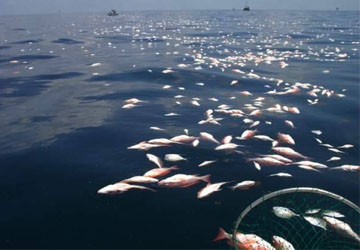 If you’ve any question about the stupidity of the people who run our federal government, this might put it to bed.

Following the BP oil spill, a directive came down from Washington that oil companies operating in the Gulf of Mexico were going to be forced to destroy thousands of abandoned oil rigs for fear those rigs would leak oil.

The directive came after a full-on push by headline-seeking environmentalist groups who sold the “problem” as an environmental holocaust in the making. This from May of 2010…

Leading environmental groups and a U.S. senator on Wednesday called on the government to pay closer attention to more than 27,000 abandoned oil and gas wells in the Gulf of Mexico and take action to keep them from leaking even more crude into water already tainted by the massive BP spill.

The calls for action follow an Associated Press investigation that found federal regulators do not typically inspect plugging of these offshore wells or monitor for leaks afterward. Yet tens of thousands of oil and gas wells are improperly plugged on land, and abandoned wells have sometimes leaked offshore too, state and federal regulators acknowledge.

Melanie Duchin, a spokeswoman with Greenpeace, said she was “shell-shocked” by the AP report and upset that government wasn’t “doing a thing to make sure they weren’t leaking.”

Of 50,000 wells drilled over the past six decades in the Gulf, 23,500 have been permanently abandoned. Another 3,500 are classified by federal regulators as “temporarily abandoned,” but some have been left that way since the 1950s, without the full safeguards of permanent abandonment.

Petroleum engineers say that even in properly sealed wells, the cement plugs can fail over the decades and the metal casing that lines the wells can rust. Even depleted production wells can repressurize over time and spill oil if their sealings fail.

Regulators at the Minerals Management Service – recently renamed the Bureau of Ocean Energy Management, Regulation and Enforcement – have routinely been accepting industry reports on well closures without inspecting the work. And no one – in industry or government – has been conducting checks on wells that have been abandoned for years.

In its investigation, the AP found a series of warnings. For instance, the General Accountability Office, which investigates for Congress, warned in 1994 that leaks from offshore abandoned wells could cause an “environmental disaster.” The report stated: “MMS does not have an overall inspection strategy for targeting its limited resources to ensuring that wells are properly plugged and abandoned.”

Notice that nowhere in that article was an allegation that a single one of those abandoned wells were leaking. Not a single instance was cited. Just the potential that the rigs might eventually leak was enough to justify the media blitz.

More than 3,200 oil and gas wells classified as active lie abandoned beneath the Gulf of Mexico, with no cement plugging to help prevent leaks that could threaten the same waters fouled by last year’s BP spill, The Associated Press has learned.

These wells likely pose an even greater environmental threat than the 27,000 wells in the Gulf that have been plugged and classified officially as “permanently abandoned” or “temporarily abandoned.” Those sealed wells were first tallied and reported as a major leaking threat in an investigative report by the AP in July.

The unplugged wells haven’t been used for at least five years, and there are no plans to restore production on them, according to the federal government. Operators have not been required to plug the wells because their leases have not expired.

As a result, there is little to prevent powerful leaks from pushing to the surface. Even depleted wells can repressurize from work on nearby wells or shifts in oil or gas layers beneath the surface, petroleum engineers say. But no one is watching to make sure that doesn’t happen.

The addition of the unused but officially active wells, as documented in a list provided to the AP by federal officials under the U.S. Freedom of Information Act, means at least three-fifths of the 50,000 wells ever drilled in the Gulf have been left behind with no routine monitoring for leaks.

Federal regulators described idle wells on active leases as a “potential threat” to the environment in a September letter to operators announcing a new program, dubbed “Idle Iron,” to plug them within three years. The letter said the program would cover more than 3,000 idle wells but didn’t say what kind of wells would be included or whether the wells already contained at least some cement plugging.

Of course, what the left-wing media and their environmental-nut friends didn’t mention amid their hysterics about the potential danger of an oil spill from abandoned rigs was that those rigs serve as artificial coral reefs where thousands upon thousands of fish and other aquatic life gather.

According to the Save the Blue folks, many retired rigs are isolated by hundreds to thousands of miles from other fish-holding structures, natural or man made. A study of about 15 platforms within a 50-mile radius of the Flower Garden Banks off Galveston’s coast found that some of the platforms have substantial coral populations on them. And all of the platforms are covered with algae, sponges, tunicates, crabs, sea fans and other plants and animals associated with coral reefs.

They also are home to abundant populations of reef fish. Research shows each platform is a magnet for life, like a desert oasis, attracting as many as 30,000 fish. Red snapper, the most important commercial species in the Gulf, find shelter, reproduce and thrive around these rigs.

Offshore platforms are 10 times more productive per unit area than natural reefs because they occupy the entire water column rather than just the bottom like the Flower Gardens. The most productive structures are at depths of 150 feet or shallower. And the most productive portion of these from a fisheries perspective is the upper submerged section, which makes for a good argument against sawing off the top portions and setting them near the base.

These are, in the truest sense, well established, living, breathing coral reefs. Ironically, several types of coral found on rigs are federally protected. And yet there is no regulatory consideration for the collateral destruction of these corals associated with rig removal.

So far I have seen no estimates on the value placed on the hundreds of fishes and marine organisms, including some 80 managed species, that are killed each time explosives are used to remove an oil rig.

The environmental concerns of leaving them in place are few. And most involve unsubstantiated speculation or threats that could be addressed with proper maintenance. One concern that has risen to the top involves the notion that these artificial reefs do not enhance fish populations, they simply concentrate them.

Come on now. Time and time again, habitat loss is named as the No. 1 reason for wildlife depletion, whether on land or at sea. These reefs are fish factories and nurseries.

Here is Save the Blue’s response: “It is well documented that these offshore platforms clearly produce fish rather than merely attract fish. The presence of large populations of shallow water, reef dependent juvenile and adult fish clearly indicates that the platforms are not attracting these organisms from natural reefs (50 miles) away but are producing these fish by supplying substrate essential to their success.”

And consider the economic and social benefits.

A Sea Grant study from Louisiana State University revealed that 85 percent of Louisiana fishing trips involve fishing around these structures. The same study shows there is 50 times more marine life around an oil platform compared with fish concentrations throughout surrounding mud bottoms.

Save the Blue estimates it would cost $17.9 billion to replace the coral reef habitat that has been and would be destroyed by the removal of oil platforms in the Gulf.

Currently, oil companies spend about $500 million annually to remove retired rigs. In the end, if the government continues to force them, they will have spent $15 billion. Who do you think will absorb that cost?

Again, 100-120 platforms annually are planned for removal during the next 40 years. It’s madness.

If Sikes doesn’t persuade you, perhaps Captain Al Walker can. Here’s a video shot in July of last year underwater at an abandoned rig not only teeming with fish and other aquatic animals, but…hey, what’s that attached to the structure? That’s not coral, is it?

Thanks to the enviro-media complex and their friends in the Obama administration, though, scenes like the beautiful living tapestry Walker documented are going up in smoke thanks to federally-mandated explosions. WPMI-TV Channel 15 in Mobile was able to show what the aftermath of this destructive stupidity looks like…

One would hope our readers agree this is an environmental scandal of major proportions and an outrage which needs to be spread. If so, please feel free to pass this piece along and contact your representatives on Capitol Hill. The destruction of the Gulf’s best fisheries must end, and now.