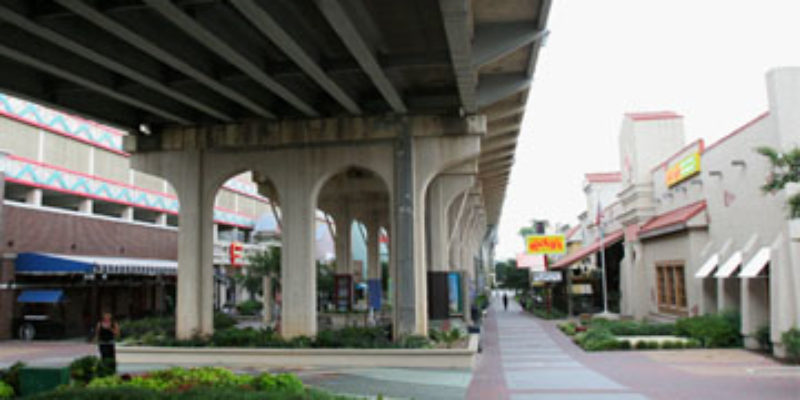 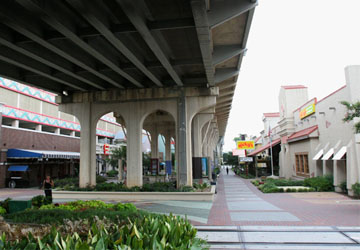 Government as economic developer is a risky tool – just look at the fiscal disasters Bossier City has heaped upon its citizenry with its footing for a money-losing high-tech office building known as the Cyber Innovation Center (culpability here also including Bossier Parish), a parking garage for the busted Louisiana Boardwalk, and the CenturyLink Arena which can’t hold an anchor tenant or make money. Or Shreveport’s Red River Entertainment District, which has sucked millions from the city in unwise loan backing. But in circumscribed doses it might prove helpful, and the Caddo Parish demonstrates the limits of this.

Shreveport is trying to get it together again with a new plan for the RRED, with the latest plan getting it donated from its past owner El Dorado and its management contracted out. With space of 14 properties, only two commercial ones occupy it now, local establishments in a departure from the chain-heavy emphasis that began the RRED’s life a decade ago (not that a few local operations haven’t failed there as well.)

Then, nightlife, food, and entertainment were featured. This was a workable formula, given the nearby presence of other such establishments and the casinos. But it was executed poorly. Parking was a problem with little in the way of non-casino-controlled spaces but this did not discourage youths who preferred hanging out more than engaging in commerce from congregating there on weekend nights, for awhile making the area look like a confined cruising version of the intersection of Greenwood Rd. and Jewella Ave.

This began suffocating establishments, so the reaction was to slap on an entrance fee which only helped to encourage the same. Belatedly, banishing the fee and increased security started to find the right balance but by then the downward spiral had begun, with two things causing its demise. First, unlike with the Boardwalk that despite its financial problems has maintained decent occupancy rates because it could do this on private land, being on public thoroughfares meant the RRED could not enforce a conduct code. Second, the casinos have done a tremendous job of self-containing their patrons.

Ignoring these lessons apparently is in the cards for the city’s future plans, described as making the RRED family friendly by day and a gateway from casinos to downtown by night. With parking a crapshoot during convenient times, families won’t have great incentives to pack up the kids and head there with so many other alternatives around, and the casinos won’t let up on sealing off their patrons. Perhaps the only chance of success might come by pushing it to become an upscale entertainment district, to flush out casino patrons and attract others in smaller numbers willing to pay well for quality experiences, with plenty of security. This stands the best chance of producing the critical mass needed to be profitable. At least there are not loans the city will cover defaults of this time, even if money will go out the door through the management fee.

Last fall, the city swept the place up and then … nothing much has happened since. There’s still just the two tenants and the city has budgeted another $1.5 million to take care of the district, although about 80 percent of that is to build up a reserve.

By contrast, instead of trying to build and have them come, Caddo Parish has concentrated on human capital. Flush with money from Haynesville shale gas royalties and production proceeds, the parish has found itself subsidizing local post-secondary education efforts. Last year, it plunked down a half million dollars to ramp up a year-long, non-credit certificate program at my employer Louisiana State University Shreveport. It will pay for uniquely training as many as 60 individuals to work in computer graphics specifically geared towards audio-visual industries such as film. This may provide opportunities for career upgrades for those around here or attract others from outside the area.

For a one-time, short-term cost this may make sense, even if it’s not the job of the parish to subsidize education. Nothing like this exists even remotely nearby, and the local film industry has demand for such training, epitomized by the Academy Award-winning effort by local state-subsidized Moonbot Studios. Funds to get things off the ground, as long as this does not become a regular conduit of taxpayer dollars and LSUS finances it on its own in the future, are appropriate to build the parish’s job base.

As opposed to what the parish has been allowed to happen with Southern University – Shreveport’s current aerospace technology program and maybe with its beginning licensed practical nursing program. SU-S went back to the well again for another $125,000 from the parish after an initial grant for the former (which gets hefty donations from the private sector as well, such as a Boeing 727 to work on). This kind of program neither is entirely unique to the area nor, if cost-effective enough to meet a need, should require any subsidization.

And the case for creating another LPN program, with multiple offerings both from the private and public sectors in the area, simply isn’t there even if demand continues to climb for these positions in industry. Why should the Parish Commission spend another $125,000 to create a duplicate of a program, for example, already at LSUS? It’s not that SU-S students don’t already transfer to LSUS to complete educations; one justification for the program was SU-S students wanted to progress beyond the current certified nursing assistant program. Or why should taxpayer dollars be spent to pick a winner when the private sector already is responding in meeting these needs?

Government must dole out economic development funds only to improve capacity of production inputs without long-term commitment to cover operating costs. That’s especially the case when other agencies have the primary task of providing a particular input such as education, where such spending should be relatively small and temporary. Let’s hope these above-mentioned local governments, and state government as a whole as it enters a tough budgeting season, if not merely remember this, then relearn it.