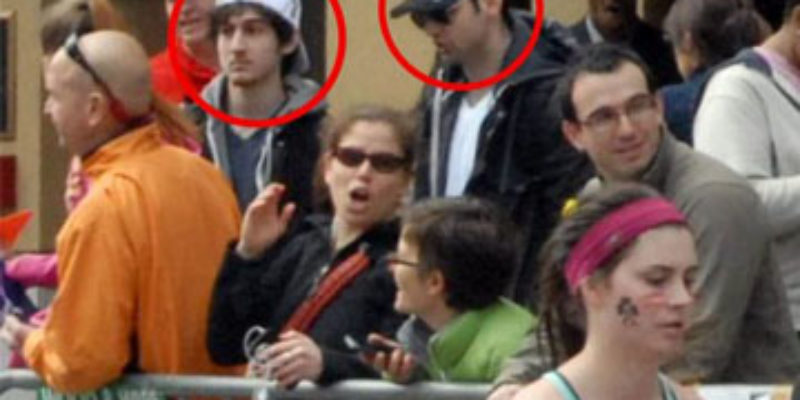 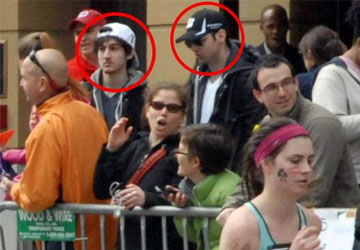 The overwhelming majority of Muslims do not commit acts of violent Jihad, but that does not mean that there isn’t a doctrinal basis for it in Islamic scripture.

I am not talking about just a few violent verses in the Quran. The Islamic trilogy is replete with it: the Quran, the Hadith and the Sirah. (The Hadith are traditions and stories of the life of Muhammed and the Sirah is the biography of Muhammed). Moreover, in the Quran, the principle of abrogation bestows the most violent verses with the greatest strength as compared to earlier, peaceful verses.

These are facts, and if you read what the Jihadis themselves talk to each other about, EVERYTHING they do is based on contemporary interpretation of Islamic scripture.

To assign these beliefs to EVERY SINGLE Muslim of the 1.2 billion Muslims on the planet is wrong. But to deny the doctrinal basis in Islam for all of this violent Jihad is just as wrong and it is preventing the West from coming to grips with the global war with which we are faced, whether we want to believe it or not. There is a reason why we see Islamic terrorist organizations as well as individual Jihadis waging violent Jihad in places as geographically diverse as Boston, Los Angeles, Fort Hood, Little Rock, New York, Washington, Buenos Aires, London, Amsterdam, Toulouse, Madrid, Moscow, Beslan, Marrakech, Algiers, Benghazi, Damascus, Beirut, Jerusalem, Tel Aviv, Haifa, Yaounde, Nairobi, Mogadishu, Timbuktu, Kaduna, Dar el Salam, Sana’a, Istanbul, Fallujah, Ramadi, Karachi, Islamabad, Kabul, Kandahar, Jalalabad, Mumbai, Amritsar, Dhaka, Hat Yai, Yala, Bali, and Mindanao.

In warfare, your enemy’s reality becomes your reality. To defeat him, you had better understand him. You had better understand his motivations and his goals. In short, you need to know what makes him tick. We understood what made the Nazis tick; we had Mein Kampf as a doctrinal guide. We understood what made the communists tick, we had The Communist Manifesto and other works as a doctrinal guide. But we REFUSE to even TRY to understand what makes the Jihadis tick because we fear that the reality will be too frightening. We are in willful denial: “The violence simply cannot have anything to do with Islam because there are too many peaceful Muslims in the world.”

That is missing the point entirely. The fact that the majority of Muslims do not know Islamic doctrine and thus do not adhere to it is not particularly remarkable or surprising. How many Catholics are truly highly familiar with the doctrinal aspects of their faith?

The fact remains that there are violent Jihadists around the world who commit acts of war and they both justify it on Islamic scripture and carry out these acts to promote Islam. The doctrinal basis is found in Islamic law, known as Shariah. The Jihadists’ goal is to impose Islamic law and Islamic law is the code which they follow. (If you are skeptical of this, go pick up a copy of the excellent work by Raymond Ibrahim, The Al Qaeda Reader, and read what the enemy writes and says.) To deny the doctrinal basis in Islam for violent Jihad is becoming more and more suicidal as a civilization with each new incident that we in turn deny.

The latest example is, of course, in Boston. Two Jihadis, perhaps members of a Jihadist organization, or perhaps so-called “lone wolf” actors, committed atrocious acts of violent Jihad, killing several innocents and wounding many more. Despite evidence on social media and YouTube, as well as accounts of the Jihadis’ devout Islamic beliefs, the simpletons in the news media and even in our own government are pondering aloud what their motivation could possibly have been. Hours and hours of TV coverage in the so-called “mainstream” media go by with nary a mention of the word “Islam.” The elephant in the room is being ignored.

Some “experts” are quoted as taking comfort in the belief that the two Tsarnaev brothers may not have had any operational connection with any known terrorist organization, such as Al Qaeda. This is 180 degrees out from reality and these “experts” completely miss the point.

The fact that the Tsarnaev brothers may have “only” been inspired to commit Jihad on their own is not cause for celebration or relaxation. It is cause for alarm and it would seem to be part of a disturbing pattern that has been emerging over the years:

– Abdulhakim Mujahid Muhammad, aka Carlos Bledsoe, apparently acting on his own after receiving terrorist training in Yemen, shot two US Army soldiers outside a Little Rock, Arkansas recruiting office, killing one, Private William Long and wounding another.

– Major Nidal Malik Hasan, apparently acting on his own, after years of conversing with Al Qaeda Imam Anwar Al Awlaki, shot and killed 13 fellow US Army soldiers and wounded 39 more.

These types of attacks are indicative of a revolutionary critical mass in which centralized direction and control is no longer necessary. Jihadis around the world are now waging violent Jihad in Al Qaeda-like fashion after reading web postings and listening to sermons. This presents a whole new series of challenges for security services and makes the use of military force much less effective. Infiltrating organizations such as Al Qaeda and Hezbollah has been extremely difficult. But how does one infiltrate lone wolf actors like the Tsarnaev brothers? Who does the US military go after in the wake of the Boston attacks?

This new reality makes identifying and understanding the Islamic doctrinal basis of our Jihadist enemies all the more important, yet with each passing attack, we seem to be getting further and further away from doing so.=

Interested in more national news? We've got you covered! See More National News
Previous Article Glenn Beck Is Threatening To Blow The Lid Off This ‘Saudi National’ Business
Next Article UPDATED: Beck On The ‘Saudi National’ Janet Napolitano Appears To Be Lying About