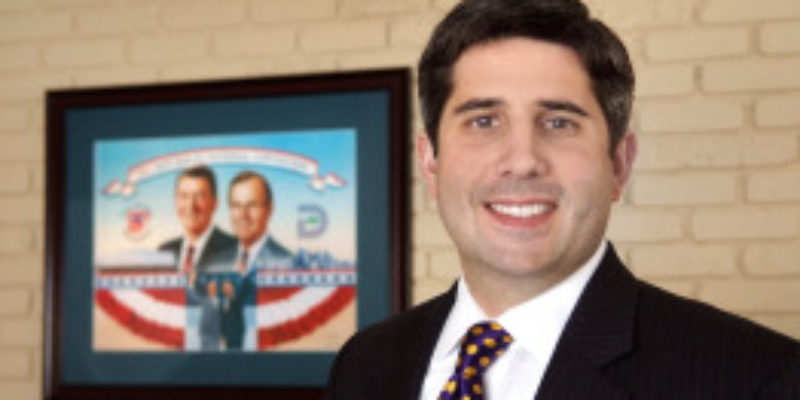 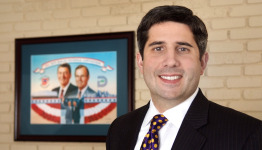 My article detailing the recent effort by LAGOP leaders to make extraordinary changes to the bylaws of the Republican Party of Louisiana has clearly hit a nerve.

I’ve received numerous calls from SCC members, donors, activists and elected officials thanking me for shining some light onto an organization that clearly has more than its share of peculiarities.

But, I also seemed to have kicked over a hornet’s nest. Those who were involved in crafting the proposed bylaws are lashing out with bizarre accusations and raw hatred. A good example is the article that Scott Wilfong posted on this site yesterday.

Thankfully, most of his accusations are easily proven false with a simple google search.

I’ll answer the outlandish accusations below and then discuss what I believe is the root cause of the problem. I’m not going to stoop to the kind of bombastic and incendiary accusations that Scott Wilfong employs. If you’d like to know what kind of person Mr. Wilfong is, you can google him.

Wilfong’s article also completely avoids discussing the main points of my article. I wrote about the manner in which the bylaws were propagated, provided a link to the proposed document, and detailed seven changes that I thought were the most significant. Instead of responding directly to each of the points, Wilfong defends one, and then does the best that he can to change the subject and attack me personally.

The bottom line is that the bylaws proposed by the LAGOP leaders are indefensible. There is simply no good reason to 1) stop future audits, 2) remove the Executive Committee’s responsibility to approve staff and consultant salaries or 3) allow party resources and staff to be used to influence future SCC elections.

Although Mr. Davis claims to have been a former Executive Director of the LAGOP, in fact he only briefly served as a paid Deputy Chairman who oversaw the daily operations of the party in between Executive Directors.

This is easily refuted by both common sense, and this press release dated Feb 2, 2011 from the Republican Party of Louisiana announcing my resignation and the hiring of a new Executive Director.

… operations at GOP headquarters from Charlie Davis who has served the Party well as Deputy Chairman and Executive Director since May 2010.

This stint lasted only a few months during which time Mr. Davis made a number of questionable financial decisions with the partyʼs money and was quickly replaced by current Executive Director Jason Dore. Doreʼs first actions were to deal with over $20,000 in debt that Davis had incurred while on the job. (It should be noted that Mr. Davisʼ wife Ellen Davis is a former Executive Director of the party whose rather short tenure was also marked by a less-than stellar period of fundraising and party success.)

I’d prefer not to discuss internal financials in such a public forum, but since a current Party official has brought it up, here are the facts. Contrary to Wilfong’s narrative, I left the LAGOP in a much better financial situation than the one I inherited. The party was in a cash crisis when I agreed in May of 2010 to step in as the Executive Director and see us through the end of the 2010 cycle.

The LAGOP was in such a tough financial crunch that I went several months without a salary – always choosing to pay our other staff members first and then a few key bills – as I attempted to raise enough money to dig us out of the hole. I don’t think that I’ve ever publicly told that to anyone outside of the LAGOP, nor am I trying to brag about it now, I’m simply trying to illustrate how ridiculous these accusations are.

I’m not quite sure why Wilfong decided to attack my wife in this section, but I’ll try to keep my response short and not give in to the obvious temptation.

I’m blessed to have such an amazing woman as my wife. She’s an incredible wife and mother – smart, caring, hard working and passionate about our family and our country. Ellen is currently homeschooling our three children and we’re expecting #4 next month. But prior to becoming a full-time mom, she had a very impressive career. Before becoming Executive Director of the LAGOP at age 23, she served as the Political Director of GOPAC, and executive assistant to Congressman JC Watts in Washington DC.

As LAGOP Executive Director, she helped steer our party through the incredible difficult times of Hurricane Katrina.

In addition to financial mismanagement, Davis, against party rules, copied the LAGOP email database and used it for his personal businesses including while serving as the state director for Ron Paulʼs presidential campaign in 2012. The LAGOP had to issue a cease and desist order to stop Davis from repeatedly accessing party computers in 2012 presumably to gain information to help the Paul campaign.

As I mentioned above, there was no financial mismanagement and I left the party in much better shape than when I found it. Here is what the Republican Party of Louisiana had to say when I left:

I served as the State Chairman of the Ron Paul Campaign and not the ‘state director’. (though the actual state director did a good job too)

And as you can probably guess, the LAGOP never issued a “cease and desist order” to me in regards to Party computers or information of any kind. Nor did I ever inappropriately use or take any Party resources. On the contrary, I helped to build their email lists, converted their email systems from outlook to google apps, built their website, donated the @lagop twitter handle to them and even decorated the State Party office with pictures and photos from my own home.

In the next phase of his article Wilfong claims that the bylaw effort wasn’t a “secret” nor a “power-grab” because SCC members new that the bylaws committee had been empowered to revise the bylaws. Wilfong either misses the point of my article or is just trying to distract the reader.

There is nothing inherently wrong with revising the bylaws of this or any organization. I went to the committee meeting in a good-faith effort to try and help. The problem is 1) the manner that the changes were proposed and 2) the content of those changes.

Next Wilfong mentioned my role in winning 4.5 of the 6 Congressional Districts in last years Presidential Caucus. He failed to mention his role as Chairman of the Rules Committee at the State Convention. With his help, the LAGOP so egregiously violated both the National Party’s rules and its own rules that the RNC was forced to take the incredibly rare step of overturning the LAGOP’s actions and awarded us 17 delegates on the eve of the Republican National Convention. None of this has anything to do with the bylaws and is another attempt at distraction. But if you’d like to learn more, I’ve put a detailed history with links to all of the source documents online here.

Wilfong then claims that because this is a formal “revision” that the new bylaws should be “considered on its own merits”.

At the SCC meeting members were given only  a document that highlighted sections that had been changed. No notations were provided in regards to the specific alteration. Wilfong then attempted to explain some of the changes verbally at the meeting.

The problem here is that he’s trying to have it both ways. If the new set of bylaws were not meant to be compared to the old set, then why highlight changes and discuss them? Why not just discuss and debate the new document on its own merit? Conversely, had he shown his work by underlining new text and old text, the nature of the changes would have been instantly apparent to everyone.

There can be only one reason for this unusual action: Wilfong was hoping that no one would notice the sections that he deleted.

Wilfong then claims that the bylaw changes aren’t “an attempt to consolidate power in the Chairman and officers” and that he’s simply “moving from a supervisory role of the Executive Committee to one of oversight.”

The bylaw changes that he proposed were significant. Here is a quick recap of the seven that I mentioned in my previous article.

1) Removed the obligation of the Treasurer to provide a quarterly budget report to the State Central Committee.

2) Removed the requirement for an annual audit of the state party’s finances and removed the audit committee’s access to financial records.

1) Removed the requirement that the Executive Committee must confirm the Chairman’s appointments to committees, offices or other positions before they can take effect.

2) Removed the requirement that the Executive Committee approve new staff.

3) Removed the requirement that the Executive Committee approve staff and consultant salaries.

1) Removed the prohibition of SCC members from simultaneously serving as employees or consultants for the state party.

It’s abundantly clear that these are significant changes. Moreover, these are just the seven I chose to feature. There are actually a few more that are arguably even more significant.

It brings me no joy to have to stand up and point out that these efforts are not in the best interest of the Republican Party of Louisiana nor the broader conservative movement in our state. It’s a hassle and a headache that I don’t need. The bylaw changes would just be a petty distraction if there weren’t major repercussions for our families.

America has only two large political parties. We need at least one of them to be functional if we’re going to stop our country from sliding further to the left.

My first political job was with the LAGOP in 1994. I’ve spent nearly 18 years working to build the Republican Party and the conservative movement in general – both in Louisiana and across the country.

We lost the 2012 Presidential campaign for a number of reasons. One of those is that our organizations tend to reward blind loyalty over constructive criticism creating a groupthink mentality and an “anything goes” atmosphere.

But we can’t do that without a solid organization that is willing to follow its own rules, treat its current members fairly and welcome newcomers.

Charlie Davis is a former Executive Director of the Republican Party of Louisiana and currently an elected member of the State Central Committee.

Interested in more national news? We've got you covered! See More National News
Previous Article SADOW: Here’s A Poll Mary Landrieu Sure Won’t Like
Next Article Dardenne’s 2015 Campaign Is Off And Running