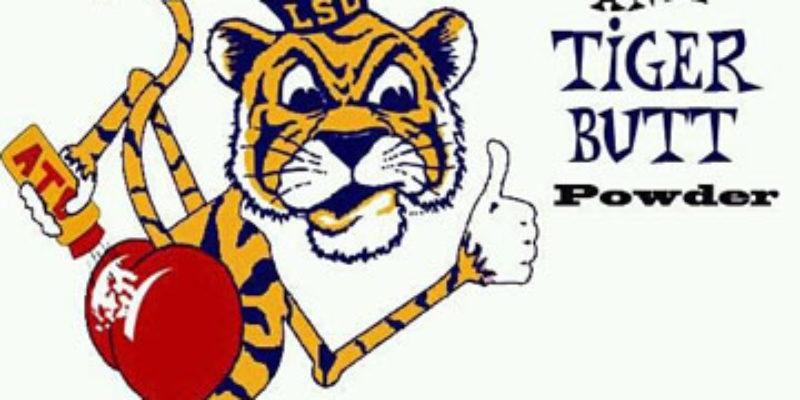 Pretty quick that they put this together so soon after the season ended. And boiled the whole thing down to 2 minutes, too.

Damn shame that a team which was so good for so long durin’ the season would go so bad so fast once it got to Omaha. But that’s what happens.

Skip Bertman, who’s the guru for all this kinda stuff, always said that you win titles in Omaha by goin’ there every year. You get to the point where your team is at home up there and it’s a big advantage over the people who don’t go as often.

Well, if you buy that – and you should, cuz Skip’s got the rings to back what he sez – then this debacle comes right outta that Stony Brook debacle last year, where some lil’ nobody team from Lon Gisland came in an’ whipped this team out of a shot at a trip north.

LSU wasn’t comfortable. LSU stunk the joint out two straight games at the CWS. LSU farted away the UCLA game with stoopid errors and popups, then LSU left 13 guys on base against North Carolina. They didn’t stink that bad all season long, and get to Omaha and immediately grab the throat.

And Paul Mainieri knew it was a problem goin’ to Omaha with a team that hadn’t been up there since 2009 and nobody on that team had played in that stadium. He knew pretty well that not gettin’ there last year was a big deal…

So the Stony Brook thing was a kick in the nutsack for this team that lasted all the way to now. Because there’s no way these guys stink it up as bad as this if they weren’t Omaha newbies. No way.

Damn shame about Rhymes. Guy only hits like .360 career at LSU and all anybody’s gonna remember is how hideous he was the last two games, first with that double play that more or less cost LSU a chance to win the game Sunday and then the NINE GUYS he left on base today. That’s all anybody’s gonna remember. Your heart’s gotta bleed for him, right? That’s enough psychic trauma to make him decamp for one of them ashrams up in Oregon, or vote Democrat or sump’n.

Rhymes and Mason Katz – who did pull his weight up there, by God – and Jacoby Jones and Ty Ross are outta here. They all had good careers and they’ll play some baseball for the pros. Ditto for Ryan Eades, Chris Cotton, Nick Rumbelow and Will Lamarche. And prolly Brent Bonvillain, too – he didn’t get drafted but somebody’s gonna sign him to a free agent contract after the way he pitched today.

Lotsa talent leavin’ LSU with a bad taste in the mouth after this season endin’ up in a train wreck. Damn shame. And all us fans are now left watchin’ a police blotter for the next six weeks or so prayin’ that none of the football players get in a bar fight or a DWI or knock over a jewelry store or some such before fall camp starts. Which sucks.

But the good news is that we finally paid the full price for Stony Brook an’ that’s over. Now, these guys comin’ back – an’ there’s a ton of talent comin’ back with maybe even more comin’ in – have two things goin’ for ’em.

First, they’ve been to Omaha. They’ve been in that park, smelt the popcorn, stayed in a hotel up there, seen all the fans in purple an’ gold, and so on. None of it will be totally new to ’em next year if they make it back.

And second, they’re gonna have a big case of the screamin’ reds about gettin’ barbecued in Omaha. For guys like Alex Bregman and Christian Ibarra, who prolly hit 3-4 next year for LSU but got a combined zilch in base hits up there this year, or Cody Glenn who stunk it up on the mound today, or Aaron Nola who took a loss even though UCLA barely touched him on Sunday, it’s gonna eat at ’em all year long that they won 57 games and yet the season was still a shoo-shoo because they didn’t get nuthin’ done in Omaha.

Because you can win every freakin’ game up to the College World Series, but at LSU if you don’t win nuthin’ in Omaha your season’s a shoo-shoo. When you draw 10,000 people a game and nobody else in college baseball draws more than 7,000, that’s the price. The whole thing in the Bible about how to whom much is given much is expected? Here ya go.

And now that’s an asset. Now they know for all the good stuff they did this year here’s where they’re short. So they know now they gotta fix it.

Either that, or they’re gonna be the Buffalo Bills of college sports. Particularly when ol’ Les has had to play second-fiddle to Saban the last two years in football…that Bills thing’s startin’ to set in. And you can’t have it. You gotta fix it.

Mainieri oughta know how. If not, he at least can axe Skip about it.