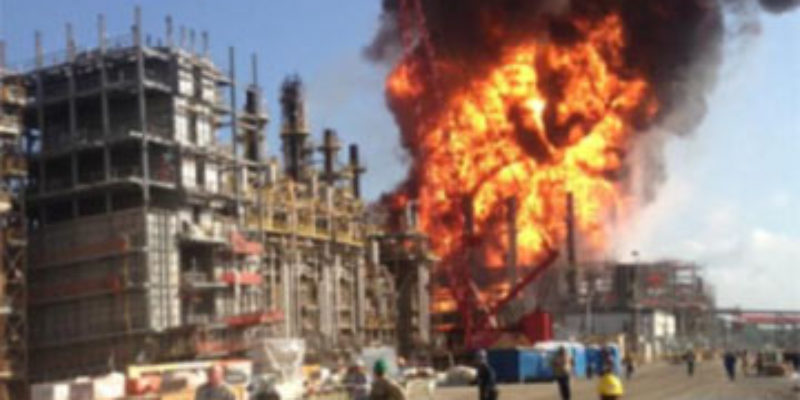 Officials with the Louisiana Department of Environmental Quality (DEQ) reports that 64 people were injured and one person died in a Thursday morning plant explosion in Geismar, La.

Louisiana State Police now confirm that there has been one fatality. Acadian Ambulance reports they transported 64 injured people from the scene. Eight of those patients are being treated at Baton Rouge General Hospital. Of those eight, only one is in critical condition and two are in serious condition.

Residents in Iberville Parish from Highway 3115 to Highway 74 should shelter in place as a precaution. Close doors and windows and stay inside.

Officials at the plant say the explosion happened at 8:37 a.m. Louisiana State Police Capt. Doug Cain reports the fire is now out. There were as many as 600 workers in the plant at the time of the explosion.

There is no word on what caused the explosion.

Williams Olefins makes chemical components which go into plastics. Almost everything you buy is affected or facilitated by what these guys do.

But when something like this happens, it gets scary – and ugly.

Sarah Williams, 24, of Baton Rouge, was standing alone in the parking lot of the Lamar-Dixon Expo Center with tears rolling down her cheek.

Her husband, Kevin Williams, was working at the plant on a water crew when the explosion happened. “He told me he heard a thump and a boom. He said people were running and there was a big fire,” Sarah Williams said recalling a phone call she got from her husband.

“He said it was bad,” Williams said.

Williams then walked into Lamar-Dixon and spotted her husband among a facility scattered with more than 200 people.

She ran to him and hugged him.

“It’s OK. I’m OK. We’ve been through all this before,” Kevin Williams told his wife.

Gov. Jindal is about to give a briefing on the explosion shortly. 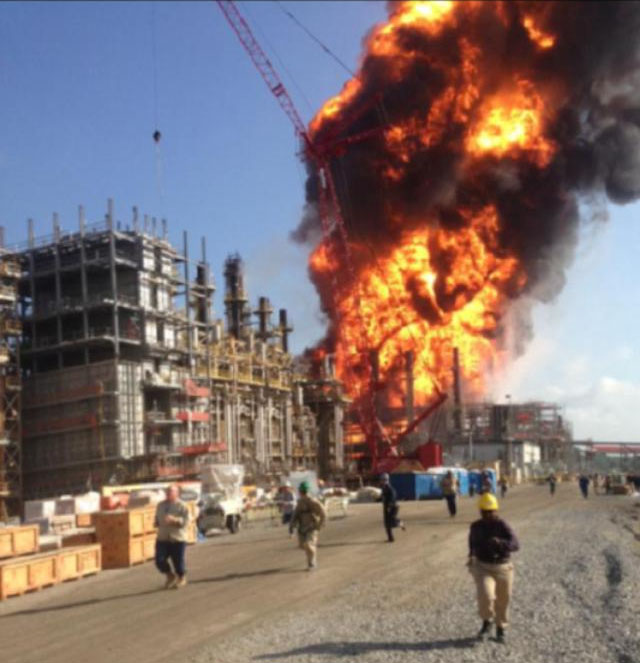 (photo courtesy of Kenneth Swenson, who was on the site)

UPDATE: At Jindal’s press conference, the injury total was updated to 73, with the majority being treated and released at area hospitals.

They’re doing air-quality testing around the plant, and so far haven’t found any threat to the neighboring area. That testing is ongoing.

No word on what caused the explosion so far.

That explosion in Geismer sent over 70 people to the ER and the blood banks are BEGGING for donations! If you are healthy, sober, and haven’t donated in the last month, please consider heading to any of the local banks and giving up a pint.