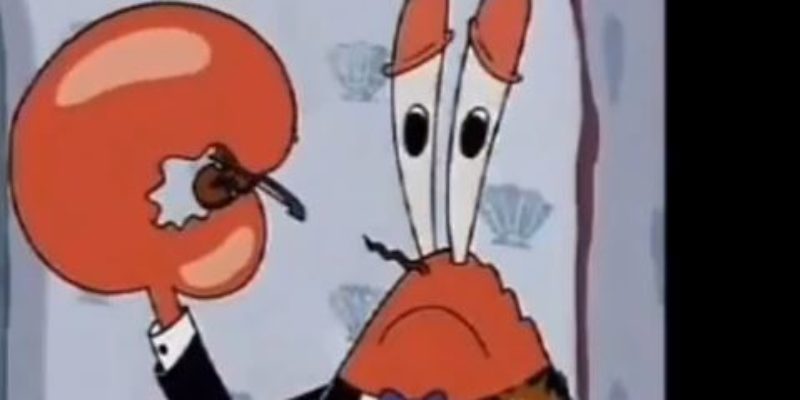 We need some mood music for this one…

Which is OK. Because what comes out of these guys might be pronounceable, but it’s gobbledygook anyway.

(Washington DC) Governor Snyder’s plan to suspend democracy, drive one of America’s largest cities into bankruptcy and deprive workers of their hard-earned retirement security, moved dangerously closer to reality today when without a single negotiation with unions, workers or retirees, Snyder authorized Detroit’s financial manager to file for bankruptcy.

Despite assurances from Snyder’s hand-picked financial manager Kevyn Orr that AFSCME would have ample opportunity to discuss alternatives, they unilaterally embarked on this treacherous path without meaningful input from those who would be most affected.

Orr had threatened weeks ago that the pension benefits earned by city retirees through their years of public service and in exchange for less pay could not be protected in bankruptcy. Now it appears he and Governor Snyder are working hard to make good on that threat. Detroit’s public service employees worked hard and played by the rules, and now their freedom to retire with dignity is in peril.

As recently as two weeks ago, Orr’s team refused AFSCME’s request to meet and discuss retirement issues. Just last week, Orr’s team claimed the union would have “months” to address these issues, and that meetings would soon be scheduled to do so.

This apparently wasn’t the governor’s true intent. According to published reports, Governor Snyder expressed disappointment with this pace to Orr on Monday, July 15, and the very next day, they began the process to rush Detroit into what could be a lengthy and what surely will be a very costly process.

It’s no secret why Orr and Snyder are in such a hurry: a Michigan court is scheduled on Monday to decide whether Orr and Snyder are using bankruptcy as a backdoor around the state constitution’s protection of pension benefits. Clearly, the Governor and the financial manager are eager to sacrifice the well-being of tens of thousands of workers and retirees, in violation of Michigan’s state constitution.

Translation: I’m real butthurt about the fact my peeps won’t get the fat pensions we wrung out of the moron Democrat pols we installed in office over there for the last 50 years, and I’m especially butthurt about the fact that since the gravy train has officially ended, my peeps are now gonna give me the stinkeye – and maybe my fat salary could go the same way their pensions just did.

See, go talk to somebody and tell ’em that the union goons like this Saunders have that racket goin’ on and most of ’em will look at you like you’re from Mars. Most people don’t even get how the union goons are rippin’ us off. They don’t know that in lotsa places like De-Troit the public workers are all in unions, that their dues get pillaged by the bosses like this Saunders and spent on Democrat pols and then the bosses like this Saunders sit down with the pols they just got elected and jack up the benefits for the rank-and-file goons at the expense of the regular guy who’s not a union goon what works for the government.

Most people don’t get that. The people who do? They move to the suburbs.

And pretty soon there’s no regular guys who aren’t union goons what works for the government and instead were smart enough to figure out what’s up and rich enough that it makes a difference to ’em.

And now you’re De-Troit. Or San Bernardino. Or Stockton.

Or Chicago, or New York or California. It’s all the same deal. It’s the unions, like this AFSCME that you can’t pronounce or this Saunders that you can’t sympathize with, and their hired pet Democrat politicians.

Except the money’s gone.

The thrill is gone.

And this Saunders has nothin’ left to do but bellyache about the governor in Michigan and the emergency manager they had to hire when the unions busted the place to the tune of TWENTYBILLIONDOLLARS. They were runnin’ deficits of $100 million A YEAR the last five years just in operations alone, not countin’ all the unfunded pension liabilities. Nobody from AFSCME was sayin’ “Hey, these numbers are a big problem. We wanna make sure you don’t go busto and can’t pay us at all; let’s work somethin’ out so this doesn’t blow up on all of us.”

Naw, they never said anything like that. They basically were Paulie from Goodfellas. Except Paulie would be puttin’ out a different press release now.

Now 40 percent of the streetlights don’t work and two thirds of the ambulances don’t run. The average wait time for 9-1-1 calls is about an hour; the rest of the country gripes about 11 minutes.

The place has turned into Harare or Kinshasa or some other Third World concrete jungle left for dead by those cracka bidnessmen the Dems hate so much. Really wasn’t a surprise.

And this Saunders? He was pretty gleeful ridin’ that bomb down to the surface, like he was Slim Pickens in that movie about our precious bodily fluids. But now that the bomb went off, and he just got blowed up, he’s lookin’ for somebody to blame.

Too bad, dude. Look around. Nobody’s feelin’ your pain.