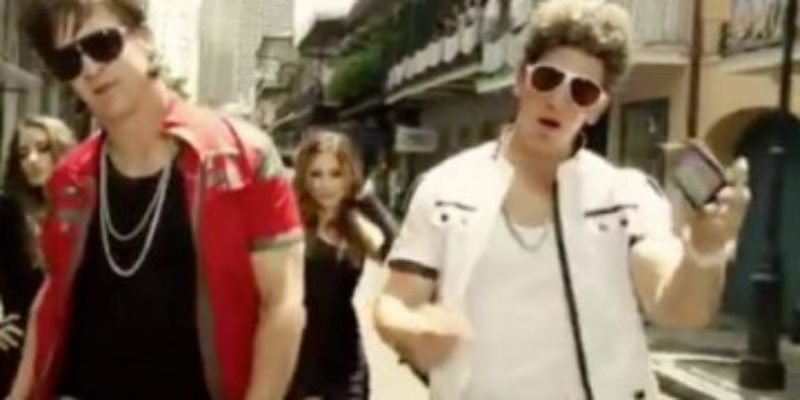 It almost kinda-sorta sounds a little like Eli was frontin’ a yat accent in this thing about halfway through it. Almost. Kinda-sorta.

Anyhow, it’s a DirecTV thing. They got paid for it. But you gotta wonder if maybe this wasn’t a way to get revenge on that Johnny Football punk for drunk-thuggin’ his way outta the Manning Passing Academy last month; it’s a major diss-job when the kid would rather swill down Abitas at some Nickles State bar than throw footballs at the camp. Rockin’ the White Boy Milli Vanilli thing is a decent way to steal his headlines and maybe pull down more coin per autograph than Johnny Football gets.

Or something. Whatever. Here’s da video, brah.