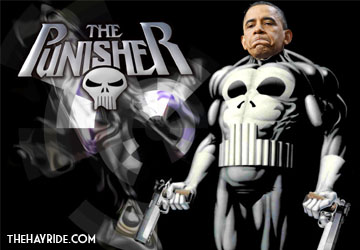 I just heard Barack Obama say that in his little victory speech over the shutdown this morning. He really did say that.

This braying jackass, who last night took to the podium in an attempt to make nice with the Republicans in the House in advance of a vote that would secure his victory in the budget CR fight, had no such fear of blowing up a deal today, so instead he vomited up every bit of whining, scolding and petulance he’d built up last night as the deal was cut.

Obama made good on his demand that the House vote into being his immigration amnesty bill – which is likely a dead letter at this point – and added his usual refrain in favor of a “balanced, reasonable” budget approach. Understand that when Obama talks about a “balanced” approach to the budget, he’s not talking about a balanced budget. Rather, in somewhat Orwellian language the balance he’s talking about is he wants to raise taxes to shrink the deficit rather than just cutting spending.

There is no sense of irony anywhere in that White House. None.