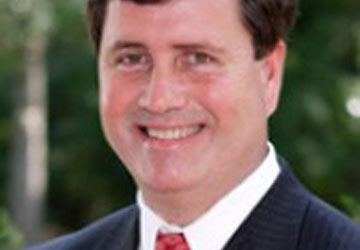 We’re not sure what effect this will have on the race, but had it gone the other way we’d be talking about what a coup it was for McAllister. A press release…

State Senator Elbert Guillory (R-Opelousas) has endorsed Neil Riser for Congress in the special election for the Fifth Congressional District.

“I am endorsing Neil Riser for Congress because Neil Riser has a spine,” said Elbert Guillory. “Neil Riser has been a champion in the Louisiana Senate for the 2nd Amendment and lower taxes, and he is 100% pro-life. His record speaks for itself, and that’s why he is the only choice for Congress in this upcoming election,” added Guillory.

In 2012, Neil Riser stood up to the Obama Administration and passed a very bold law strengthening the gun rights of Louisianians. The bill was touted as “Louisiana’s 2nd Amendment.” Neil’s tireless advocacy for gun rights in Louisiana earned him an “A+” rating and the endorsement of the NRA.

A large portion of Sen. Guillory’s Senate District 24 overlaps with the Fifth Congressional District, including parts of Opelousas.

“Neil Riser is the clear choice for the black community because he best represents our values,” said Guillory. “Riser is a Christian who respects prayer, family, gun ownership and better education. He will make us all proud to call him Congressman,” Guillory added.