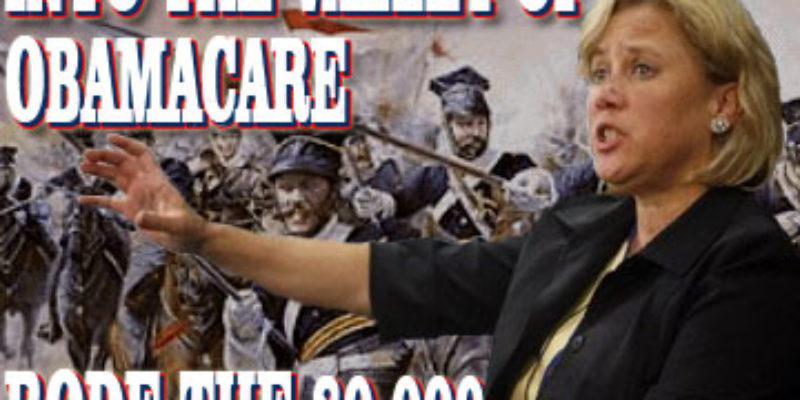 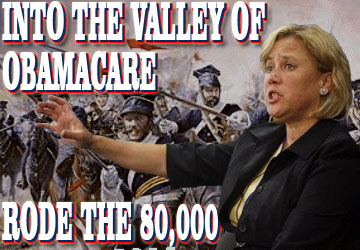 The number we’ve all been waiting for: 80,000 of the 165,000 people who have individual insurance policies will see those policies disappear in January thanks to Obamacare. That’s the toll Mary Landrieu’s deciding vote to bring this monstrosity to pass has taken on this state…

Jim Donelon said the Department of Insurance collected the information from health insurance providers last week in response to numerous requests for an estimate.

The figure could account for close to half of the 165,000 people in Louisiana who hold individual health insurance plans that they pay for without the help of an employer or the government.

“These people were obviously satisfied with their insurance,” Donelon said, “and I hope that they don’t drop out of the market.”

80,000 out of 165,000 is 48.5 percent. This law has blown away 48.5 percent of the individual insurance market in Louisiana. Those people are now stuck without insurance next year, subject to penalties by the IRS (though according to the law they should not be, since Louisiana didn’t establish a state insurance exchange) for not having insurance and unable to buy insurance, even at higher rates or with larger deductibles than they had before Obama and Mary Landrieu came along, because of the stupid half-billion dollar website they built that doesn’t work.

You really don’t want to impose this kind of inconvenience, hassle, exposure and extra cost on three percent of the voting public when you’re in the midst of trying to win a neck-and-neck re-election effort. But that’s what Mary has done.

Next up: this time in 2014, just before that election, we’ll find out how many people Landrieu’s deciding vote for Obamacare put out of their employer-sponsored health policies, or lose their jobs as a result.

That number will be larger than 80,000. And it will be fresh in the voters’ minds on Election Day.