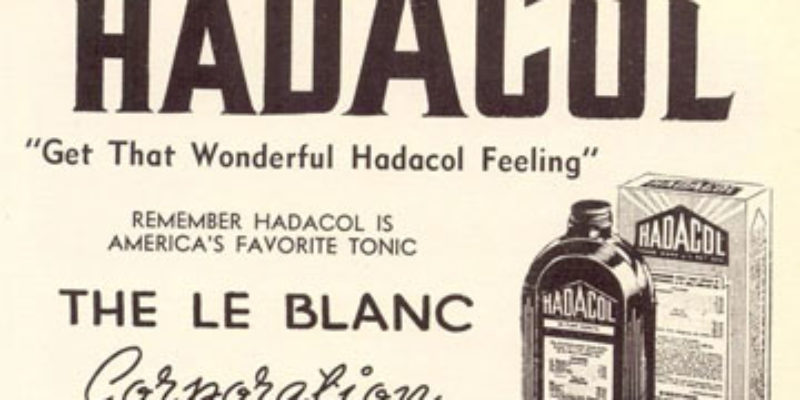 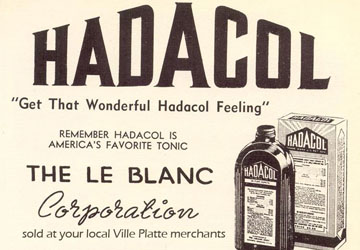 It’s unfortunate when the struggles of a small town get used for questionable polemic purposes, but that’s what happened when a liberal media figure descended upon Lake Providence to try to convince us that we’re responsible for a non-existent problem that our presumed ignorance prevents us from fixing.

In trying to sell its political Hadacol to the country, the American left harps upon the notion of economic “inequality,” that somehow it is the sign of a sick economy and society that permits wide variations in the level of wealth among its people. From a theoretical perspective, that’s sheer nonsense: the left by trying to focus on relative amounts of wealth rather than absolute amounts, the increase of which that then may cause greater disparity, ignores the proper object of policy on which conservatism concentrates, trying to improve everybody’s lot. Rather than redistribute wealth as liberalism mandates, conservatism concerns itself with creation of wealth as it recognizes that poverty comes from practices that inhibit individual initiative and ability to contribute to society as the inhibitors of gaining wealth. After all, as study of social mobility shows, when policy focuses on the conditions to make this possible, indeed a rising tides does lift all boats, even if some get pushed higher than others.

The policy of stoking envy by the left loses when challenged because while there is a subset of people who are fine with living in semi-squalor, hands out and responsibilities and freedom forsworn, the majority wants policies that deliver the opportunity for it to improve its lot. The left traditionally has tried to distract the people from this by claiming the system is rigged, but only a limited portion of the public is psychologically disposed to accept that.

But in the past few years, it’s tried to breach resistance with a new tactic to overcome the verity that greater inequality is a good thing if all are better off by trying to define inequality is an inherently bad thing. Most prominent recently in this offensive are academicians Richard Wilkinson and Kate Pickett, who claim in their treatises that social ills dog societies that tolerate more inequality within them and theorize a direct relationship between the two.

Of course, it’s all buncombe, as various scholars have demonstrated, both empirically and theoretically, it being a product both of selective use of data and confusion of correlation and causation. But liberalism in America long has rested on faith rather than fact and thus we get one of the in-house lefties at CNN uncorking a jeremiad against an economy not heavily shaped by government that puts Lake Providence front and center.

Turns out that by the standard measurement of income inequality, the Gini coefficient, East Carroll Parish has the most of it in the country. Making it easy for facile comparisons is that the wealthy tend to live on the north side of the lake, the less so on the south. So, this guy went there and rapped with a few people in order to fill in the blanks of his concocted narrative.

Which is not at all subtle. Thus, we get statements far from reality, such as “our country’s rules are designed to make it likely” the poor stay poor, and “it’s the product of an unjust system.” There are also a number of weasel words, where he tries to convince us he doesn’t hew the liberal party line that free people freely engaging in each on commerce really equates to everybody being handed a lottery ticket and luck determines economic success, such as “Personal choice … plays a role in it, of course, but the choices in front of her are limited by a host of factors [not under her control],” and “You could blame [her] hardship on bad luck, but ….”

So, leaving school at 16 because of pregnancy and then deciding to have five children by two men, married to neither, is not what keeps one person profiled in the piece from getting ahead? Or that two important men in her life put themselves in places where they were shot dead and her sister sent to prison created extra burdens for her? No, taking a cue from former Labor Secretary and arch-liberal economist Robert Reich the author says that it’s from inequality caused by moving away from policies where “Labor unions gave workers a voice. The minimum wage, adjusted for inflation, was higher than now. College was affordable. And the super-rich were taxed at a higher rate.”

So it’s our fault for not prostrating ourselves at the liberal altar of policy demonstrated theoretically by the likes of Freidrich Hayek and Edward Banfield and empirically by Charles Murray and Lawrence Lindsey, among many others, as entirely bankrupt? We’re to blame for not trying to deny and detach from the economic truth that through voluntary free market interaction people are rewarded for the choices they make in proportion to the contributions they make to society contingent on the moral obligation to help those who do not have the physical or mental ability to help themselves?

The scary thing is that there are people who believe in this bilge besides this numbskull. And currently they sit in the White House, control the Senate, and serve as the senior senator from Louisiana and represent the state’s Second Congressional District. While they are confined to minority representation in the Louisiana Legislature, these levelers run the largest Louisiana cities. If they have their way, that’s the vision they want to stamp onto this state and country with their jackboots.

And it’s just you’re too caught up in playing by these rules deemed corrupt to notice, he says. “If more of us saw how the other side of the lake lives, and if we really worked to understand the systems … that create and maintain economic injustice, I’ve got to think we’d work together to build a sturdier bridge to the other side.”

“Cousin” Dudley LeBlanc’s Hadacol went out of business six decades ago. But as this article shows, Hadacol the snake oil public policy of the left is still being sold.

Interested in more news from Louisiana? We've got you covered! See More Louisiana News
Previous Article BOOM: Mary’s Obamacare Vote Has Cost 80,000 Their Health Insurance
Next Article SADOW: This T-P Series On Campaign Finance Doesn’t Have A Hidden Agenda, Does It?