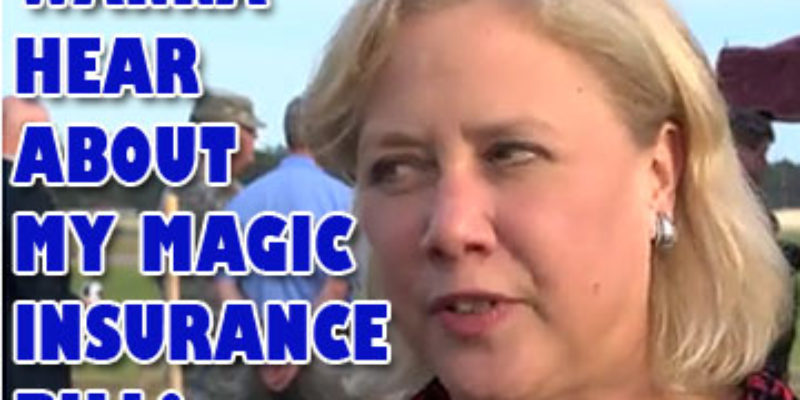 This from a local TV station yesterday – she’s sucking up to the local mayor, who’s a Republican, and taking credit for building an air control tower for the National Guard airstrip in Hammond. The project had its ribbon-cutting yesterday; the tower went up thanks to $800,000 in federal and state dollars. Mary made her way to Tangipahoa from neighboring St. Tammany, where she’d done a $50-a-plate “women’s fundraiser.”

About two minutes in, though, Landrieu gets asked about Obamacare and her bill that would forcibly reinstate insurance policies destroyed by it, and she offers up some commentary which will likely make its way into opposition ads…

“I will stand on this – the Affordable Care Act is a great act for the middle class of America. And for small businesses, that will give them for the first time an opportunity to purchase health insurance on the market. There are some things we’ve already fixed about it, it was a massive bill, a big change, but an important change.

“One of the things we’ve got to tweak or fix is the promise that was made to four percent of the population that had individual private-sector policies. Most people – 85 to 90 percent of people with insurance – have it through group insurance. Through large groups. your public entities, state, federal, or your private companies like Exxon or, you know, Entergy, et cetera. There’s a small group of people that have policies that don’t meet the new standards; they would lose their policies. But I’m going to work hard to pass this bill to keep our promise to them. They might find better after the exchanges are up, but that should be their choice.” 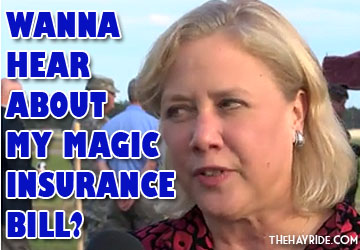 Again, what Landrieu is claiming her bill will do is simply not doable. The policies she says she’s saving took three years to destroy. Putting them back in force – by legislative fiat – in mere weeks is impossible. Even Landrieu’s own state insurance commissioner Jim Donelon, who she’s obviously not listening to, has said multiple times on television and in a press release that it’s not possible to resurrect those policies.

And yet here she is talking confidently that all she needs to do is pass her bill and the central lie of Obamacare – that nothing will happen to your insurance plan if you want to hold on to it – will become true.

If we were to cut a 30-second TV ad off those statements yesterday, we’d have a go at the fact Obama’s own administration says somewhere between 40 and 67 percent of the policies out there will be thrown in the can thanks to the “great act” she’s touting, not four percent. And we’d point out that three years ago Mary had an opportunity, just by voting for it, to save the individual insurance plans she says she wants to save. But she voted against saving those insurance plans – when it was very possible to save them. Now she’s trying to close the barn door after all the horses are gone.

It doesn’t stop her from telling lies to local TV reporters who won’t challenge her statements, though.

Interested in more national news? We've got you covered! See More National News
Previous Article OH, NO: Mary, In 2009, Says ‘I Accept Accountability’ For Results Of Her Votes
Next Article VITTER: Show Your Exemption, Washington!