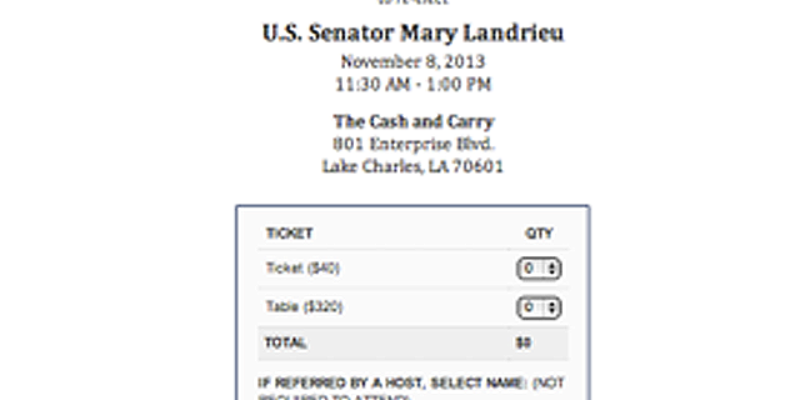 The one she couldn’t reschedule to stand next to President Obama when he spoke at the Port of New Orleans a couple of Fridays ago?

Are you sitting down? It was a fundraiser. 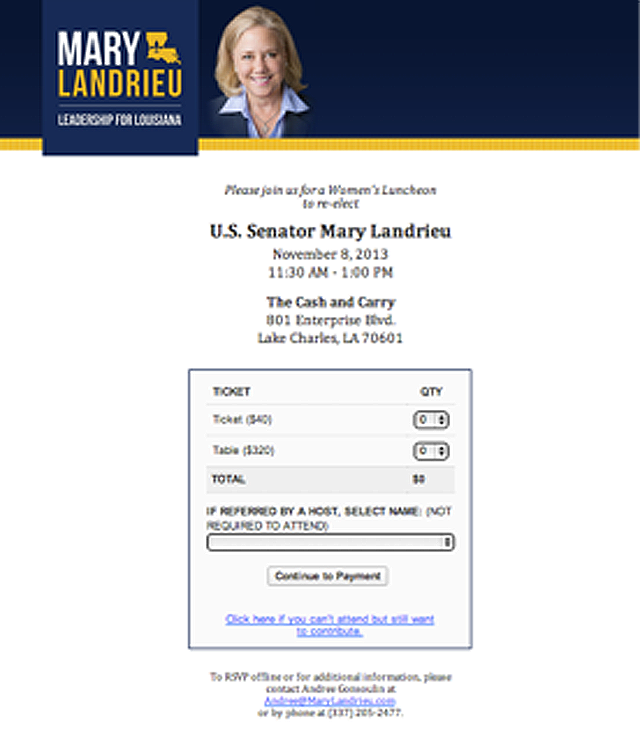 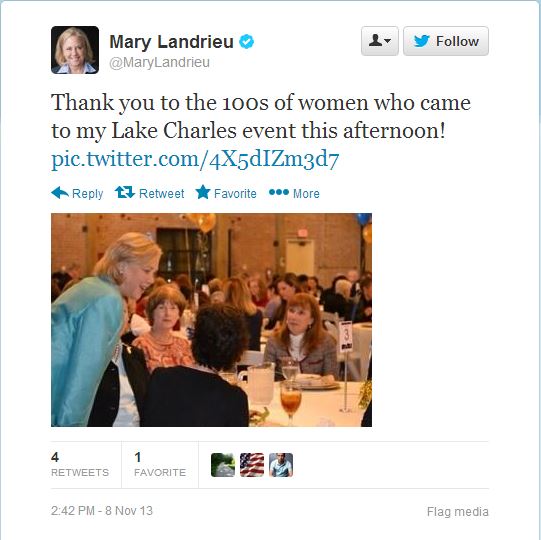 Obama apparently didn’t mind that Mary was riding on Air Force One down from DC so that she could work a room full of Democrat females at $40 a head. To him, that’s the Lord’s work.

“You have one of the best mayors in the country in Mitch Landrieu.  (Applause.)  And I just flew down with your Senator, who, by coincidence, has the same name — Mary Landrieu.  (Applause.)  She’s traveling around the state today and doing unbelievable work on behalf of the people of Louisiana.  And I just want to say nobody is a tougher advocate on behalf of the working people of Louisiana than Mary Landrieu.  So we’re very, very proud of the work that she does.”

“Unbelievable work on behalf of the people of Louisiana.” Paid for by your tax dollars – you provided her the most expensive airplane in America to ride on from Washington to New Orleans.

To show up at an event where it doesn’t appear men are all that welcome. We mention this because there is another one of these “women’s fundraisers” today in St. Tammany… 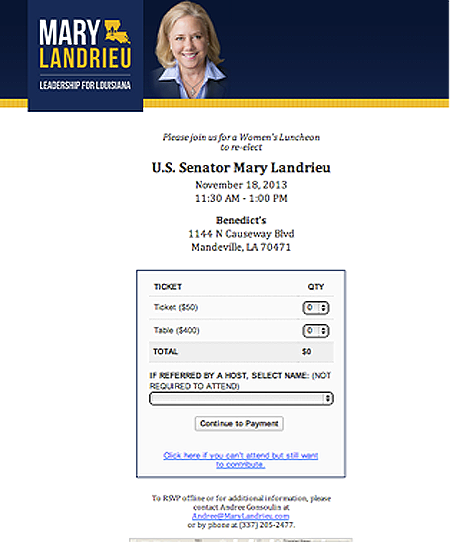 In case you’re under the illusion that Mary Landrieu does much of anything for her constituents outside of taking their money to serve them dry chicken and iced tea, let this disabuse you of that notion…a jilted President Obama’s statements notwithstanding.

Interested in more news from Louisiana? We've got you covered! See More Louisiana News
Previous Article Lindel Toups Is A Democrat
Next Article SADOW: If You’re So Upset About PSC Campaign Donations, Let’s Make It Appointed