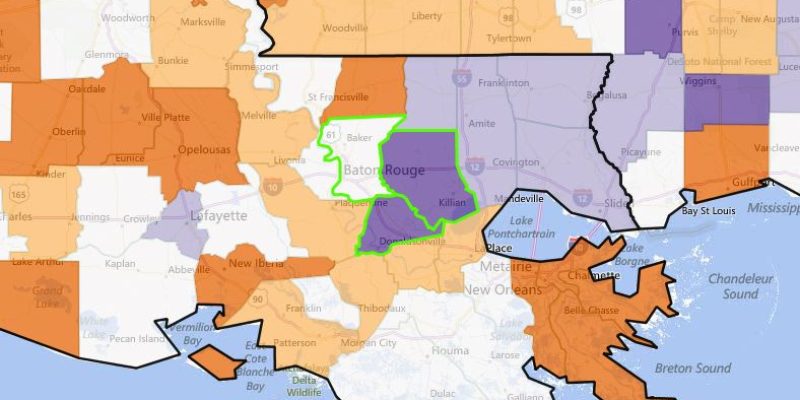 Last week the University of Wisconsin released the results of a demographic study on migration around the United States broken down by county and age, among other factors.

The results of that study, relative to the Baton Rouge metropolitan area, are extremely damning to the current mayor-president of East Baton Rouge Parish and his predecessors. And they provide perhaps the best argument yet made for the incorporation of the new city of St. George in the southern parts of the parish. What the study shows is that family-age adults have been streaming out of East Baton Rouge Parish and into Livingston and Ascension Parishes. 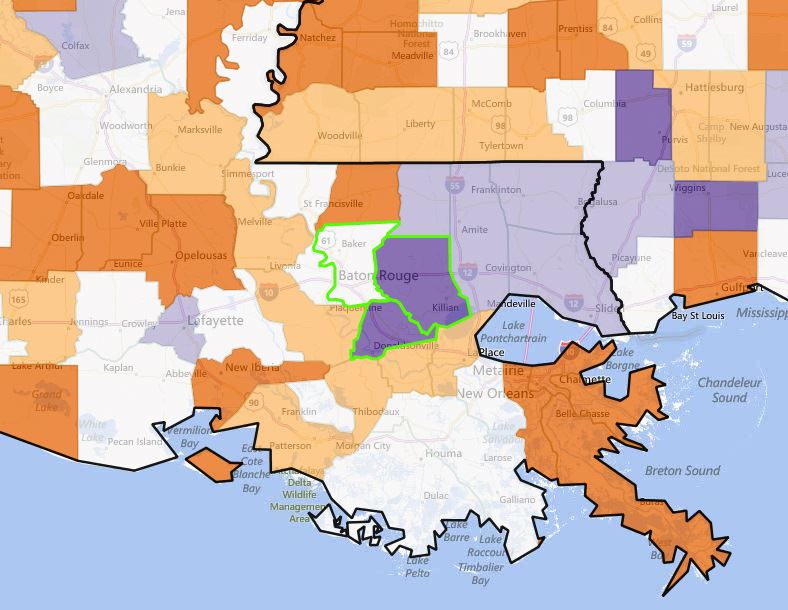 Yes, Livingston and Ascension are growing very rapidly. And what’s accounting for that growth? A chart…

What you’re getting in these numbers is that East Baton Rouge gets a big influx of college kids to LSU, Baton Rouge Community College and Southern every year, but bleeds those kids off very quickly as they get out of school, find jobs, get married and settle down – and especially when they start having kids.

And they go to Ascension and Livingston Parishes, which have extremely high concentrations of 30-somethings who come for the good schools, reasonably-priced housing and the relative safety of the suburbs.

The effect on East Baton Rouge Parish is pronounced. EBR is losing its nuclear families, and its middle class along with it.

Is the cause a demographic one? Perhaps. You could explain this by calling it “white flight,” and it’s hardly a phenomenon restricted to the Baton Rouge area.

But policy plays an enormous role as well. Since 2000, East Baton Rouge Parish has failed miserably to address a declining school system, has largely failed to address a burgeoning crime problem and has wasted untold millions of tax dollars on public sector “economic development” boondoggles. And it has bled its tax base and its population as a result – even with the opportunities the Katrina migration offered to it.

Why does this argue for St. George? Because St. George offers the opportunity to create an Ascension or Livingston within the parish, rather than outside of it. St. George could offer a great school system, a redoubt against the inner-city crime in Baton Rouge proper and a pro-growth policy agenda with a small, unintrusive local government.

That’s what the St. George organizers are promising. If they deliver, not only might St. George save East Baton Rouge Parish from complete decline but it might put pressure on the city-parish government to change its ways in order to compete with the other jurisdictions in the Capitol region.

But the in-crowd at City Hall don’t see it that way. They’re going to fight St. George as best they can. They’re even asking whether a deal can be struck in which the St. George organizers can have the independent school district they were originally seeking so long as they drop the attempt to incorporate the new city.

So far, though, that’s falling on deaf ears. The St. George petition continues apace toward the 18,000 or so signatures it needs to force an election on incorporating the new city sometime next year.