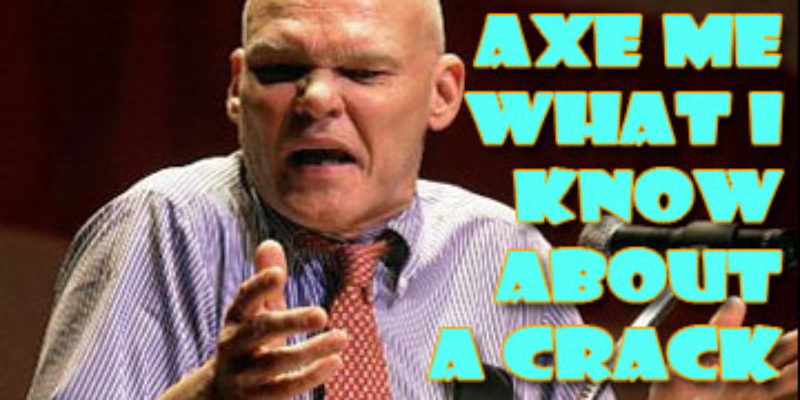 What’s interesting about Carville’s diatribe this morning on MSNBC, beyond the speculation about whether Carville is speaking from experience where it comes to crack pipes, is that he’s being asked about the death of the Obama administration on that channel in the first place. Carville answering such a question during his weekly appearance on O’Reilly would be expected; on MSNBC, which has for six years been the Obama propaganda network?

Naturally, the talking points he’s using to claim Obama as a good president are a joke. Cutting the deficit faster as a portion of GDP is utterly meaningless, because Obama’s cutting the deficit from levels he ran up in the first place, and the deficit now is still higher than any president ran up before Obama took office. And saving the auto industry? Really? He lost $10 billion on the GM bailout alone – $10 billion is enough to start a car company, in fact, and perhaps turn a profit on it. Only a Democrat can tout a plan that loses $10 billion on a Fortune 500 company as a success. And health care costs flattening? You just put 4 million people off their health insurance while the country faces the loss of as many as half its doctors to retirement.

Some successes. Maybe he’s an expert on crack pipes.

Exit question: Why isn’t this prima facie evidence of what a racist James Carville is? Oh, that’s right – he’s not a Republican. Never mind.