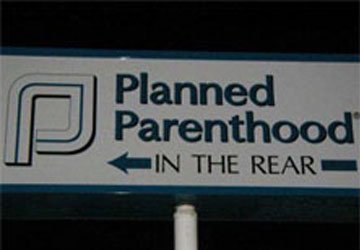 In evaluating the issue of new rules concerning operation of abortion clinics in Louisiana, never forget that from the perspective of these merchants of death, it’s all about the money, and that should have no bearing on these new regulations.

Last year, in response to legislation passed earlier in the year, emergency rules regarding operation of abortion providers were issued effective Nov. 20 by the Department of Health and Hospitals, which will stay in effect until DHH issues permanent rules to be guided by a hearing occurring next week. The 20-pages worth in the Louisiana Register update requirements regarding licensing, reporting, staffing, facilities, and procedures, and has sent proponents of abortion on demand into a tizzy.

One shill for the industry called the new rules “convoluted and dense,” and designed to hamper it if not shut it down. In particular, its representatives objected to procedures to challenge citation issuance, with the shill claiming it was biased, to having licensed nurses present during the extinguishment of the unborn, and that a certificate of need would be required to open a new facility, to reopen one closed because of violations, or if there is a change of ownership or location. A specific complaint about room size requirements DHH said will apply only to new or renovated facilities in the permanent rule, and another that requires a 30-day window between drawing blood for laboratory analysis prior to aborting DHH said would be excised from the permanent rule.

But when analyzing the text of the emergency rule and in comparing its content to those covering administrative and medical aspects of the rule to other providers, there’s nothing remarkable or onerous about it at all. For example, typically medical providers must have some kind of a certificate of need to operate. The record-keeping requirements seem no more burdensome than those that home health agencies must comply with, the medical facilities and practices portion is no stricter, if even as much, with those that outpatient medical facilities must adhere to, and the personnel practices are not dissimilar to what both these kinds of providers follow.

And it’s hyperventilating to declare that administrative procedures are rigged against abortion mills. They follow the typical pattern in these matters, where informal appeals for presumed mistakes in review can be reviewed and if found erroneous deleted, formal appeals may be made to the department secretary, and appeals can proceed outside of DHH to the state’s Division of Administrative Law in a process designed to be impartial. The right to injunctive relief is guaranteed in the case of emergency (immediate) suspensions, and these interests have every right to take adverse decisions even further into the judicial system. In fact, revocation or denial of license review cannot be taken over a single issue; only if there is not “substantial compliance” with the law and regulations.

If the new regulations seem very comprehensive and specific, it’s only because the set being replaced were not. Herein lies the real reason why objections, and in apocalyptic terms, come from the merchants of death: having to follow these rules, none of which are unreasonable given this is the only industry that the state allows not only to kill human beings legally, but to ensure that others survive in the process, will cost more money and time. Given the extremely dangerous threat on some occasions, and nontrivial threat at all times, to the life of the woman intended to be saved in the process despite the death induced to one or more other humans, such abundant caution as promulgated in the regulations is more than justified – a sentiment backed by many at least in rhetoric who argue for the right to abort who in same breath declare it should be “safe, legal, and rare,” such as the most ardent pro-death president in history, Barack Obama.

So these new measures will reduce the profit margin of the industry, but there is persuasive evidence that the hands-off regulation of the industry has opened it up to serious malfeasance, especially considering the fact that only in instances of rape or incest may public dollars pay for abortion, and only from a particular source of money. In fact, there is considerable evidence to back the allegation that tax-exempt Planned Parenthood, which derives half of its total earned revenues from abortions to the tune most recently of $164 million a year (and performs about 40 percent of all abortions in the country) where some of that comes from the two facilities in Louisiana it operates (with plans to open a third in New Orleans), comingles taxpayer dollars from prohibited sources with those that may be in their abortion provision operations and has improperly charged the federal government for these. It also is said to encourage abortion beyond legally permissible patient advocacy limits, which would be prohibited under the new regulations. In short, there’s good reason to suspect tighter regulations outside of medical practices are necessary for the industry in Louisiana.

Finally, the new laws and the announced regulations do not go even as far as legal changes passed in Texas last year in terms of intensity of regulation. The U.S. Supreme Court upheld them, reaffirming that these kind of laws reasonably regulate the practice without any kind of unconstitutional impediment, although court challenges remain to some of the tightening.

There are a number of reasons that people support abortion: racism, because disproportionately minorities undergo it; selfishness; because individually it solves for their irresponsible behavior that creates a life with an immediate death sentence; and as a psychological amphetamine, because they identify with a group or cause that feels empowered by asserting its will over the victims of abortion and over those who oppose it. But in its actual provision, greed is the main motivator, and these providers of a potentially extraordinarily risky operation, in resistance to being treated like any other potentially high-risk medical procedure provider, act to put profits ahead of people.

Tellingly, many of those who could be expected to carp about these industry regulations are the same who caterwaul about how business in general should face heavier regulation – except obviously when their own self-interests are being served as in this instance. The state should ignore the hypocrisy of these folks and issue a permanent rule that largely follows the emergency rule already promulgated.