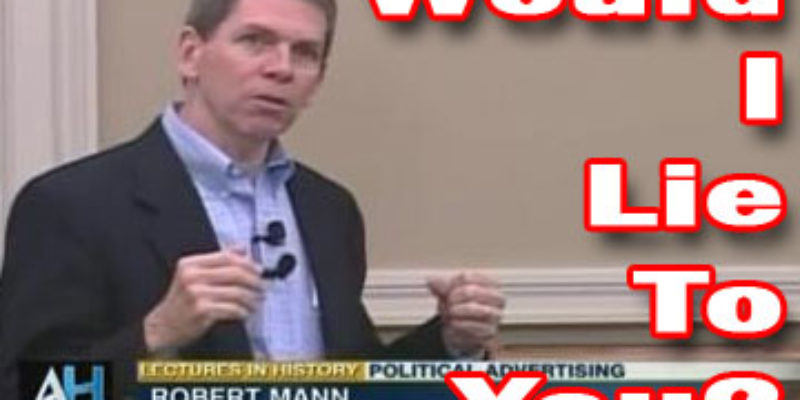 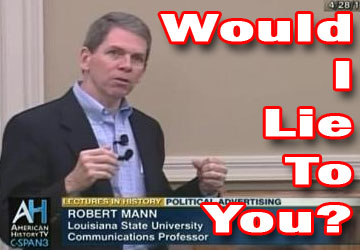 As the communications director for the disastrous Kathleen Blanco, Bob Mann played a significant role in destroying the electability of the Louisiana Democrat Party. The strategy of blaming the Bush administration for Blanco’s incompetent Katrina response, and then pouring a great deal of effort into that strategy amid the public’s dissatisfaction with the results on the ground, until the strategy finally collapsed when Blanco admitted on a hot CNN mic that she should have called in the military. Current Democrats in the state have won a rapidly-decreasing number of elections since – and their sole surviving statewide official, Sen. Mary Landrieu, is on the endangered species list.

As for Mann, who in a previous life used to work in Landrieu’s campaigns, he found a soft landing with a cushy professorial job in LSU’s journalism school and a weekly column at the Times-Picayune from which some of the more peculiar inanities and mendacities available to newspaper readers often flow. And so his column today, which all but concedes defeat for his old boss in the upcoming election but fights tooth and nail to absolve President Obama and the Democrat establishment from responsibility for the loss, isn’t a large surprise.

Had she stopped Obamacare, would Republicans be holding parades in her honor? Would the Democratic Party’s base, including black leaders, now celebrate her decision to abandon them on this monumental vote?

Of course not. Landrieu is not in trouble only because she supported Obamacare. If she had opposed the ACA, Republicans would still attack her with gusto, as would some leading Democrats. Politically, at least, she had no attractive alternative.

It’s not even clear that Obamacare will decide this race. In a special election last Tuesday for a vacant Florida congressional seat, Democrat Alex Sink lost narrowly to her Republican opponent. But a survey by Sink’s pollster suggests her opposition to repealing Obamacare actually helped her with independents who don’t want the law repealed. While an obsession with Obamacare motivates conservative voters, it appears Sink was primarily done in by low Democratic turnout.

A lot to unpack there.

As Mann later contends, Obamacare isn’t really unpopular – so had Landrieu refused to support the bill and therefore denied Obama and the Democrats enough votes for passage she would have been seen as a traitor and a goat rather than a genius saving her party from falling off a cliff. That’s a speculative discussion, to be sure; all we really know, and we know this despite Mann’s protestations to the contrary, that Obamacare is a political and economic disaster.

And since we know this, we can imagine that without Obamacare Republicans would be attacking her with less gusto – simply because she wouldn’t be on the wrong side of such a colossal issue. They’d have to hammer her on something else, and they’d try – but she’d managed to win three races against GOP candidates who didn’t have Obamacare in their arsenal.

Now she’s down to Bill Cassidy by four points even in a Democrat poll.

Mann then parrots the Democrats’ line that Obamacare didn’t sink Alex Sink, going even further to allege that it actually helped her.

But you’ve got to read the part where Mann tries to make you believe Obamacare is a political asset. This is entertaining stuff.

Despite its disastrous rollout last year, the ACA is working. Its success may not be apparent soon enough to help Landrieu, but the law is working better than many critics expected.

Last week, a new Gallup-Healthways Well-Being Index survey found that the percentage of America’s uninsured is “on track to be the lowest quarterly level … measured since 2008.”

Earlier this month, the U.S. Bureau of Economic Analysis (BEA) reported a $19.2 billion increase in personal income in January for those working poor who are now receiving Medicaid health coverage under the health care law. In other words, Medicaid expansion in 26 states is stimulating the economies of those states, precisely what proponents predicted.

The idea that millions are losing their individual health care policies because of Obamacare is misguided. The controversial cancellation provision has been delayed for two years. It’s also worth noting that the two-year turnover rate in the individual health care market has long been about 17 percent. That’s roughly the same percentage who would have seen their substandard insurance policies canceled – and most of those individuals will find better insurance at lower cost under Obamacare’s provisions.

Maybe Bob Mann ought to have Kathleen Sebelius’ job. He’s a lot better liar than Sebelius. Here was Sebelius, the Secretary of Health and Human Services, attempting to spin the success of Obamacare in front of Congress – and failing miserably…

Mann’s numbers are bunk in another way – namely, that he’s counting as “insured” people who haven’t paid for these new policies he’s touting.

Sebelius refuses to release figures on how many people have actually paid for their policies, and the insurance industry is squawking that there’s a reason for that…

The White House insists it doesn’t know how many people are fully enrolled in Obamacare but insurers say they’ve handed over enough data to show that the sign-up numbers are not as rosy as federal officials say.

The latest administration figures show that 4.2 million people have selected health plans in the new insurance markets. Insurance industry officials at four of the big national health plans tell POLITICO that about 15 to 20 percent people who have signed up have not yet paid their first monthly premium — the final step to get coverage.

“They have a lot more information than they’re letting on,” one industry source said of the Obama administration. “They have real hard data about the percent that have paid … If they have not processed those yet and compiled the data, that is a choice they are making. But they have that data now.”

The idea that Medicaid expansion is growing the economies of states who have brought it on…we’ll just leave that one for our readers to enjoy in its pristine state.

I won’t bet my house on a Landrieu victory. If she loses, however, it won’t be because of a “bad” vote on Obamacare. On policy and politics, that was the best vote she could cast.

This is what is commonly known as “the white flag.” Mann admits his old boss is basically toast, barring something unseen happening between now and Election Day. In his second-to-last graph, he attributes the loss to Landrieu running as a Democrat in a conservative state – but that’s instructive stuff in its own right since it’s a bit of an admission of his own personal failure since before Mann got a job in a Democrat gubernatorial administration that party was capable of winning statewide elections and no longer can now that he’s through with it. The collapse of that party in this state didn’t just happen because of an asteroid hitting Erath; it happened because voters became disgusted with the corruption, incompetence, mendacity and Longite socialism the Democrats inflicted on the population.

And Mann knows the jig is up. He just told you. He might have couched it in terms of lying to you about what a diamond in the rough Obamacare is, but his throwing in the towel on Landrieu is an admission that he and his friends can’t cut it anymore.