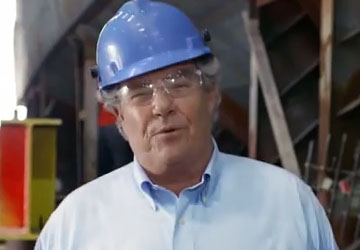 We can most easily understand the relationship between Pres. Barack Obama and his best friend forever Sen. Mary Landrieu as one where he proposes and she disposes, while she petitions and he ignores, testimony of crony capitalists notwithstanding that provides a backdrop to the changing political culture in Louisiana.

Last week, Obama gave another twist to the knife in her back when his administration yet again delayed (introducing absolutely spurious reasoning to do so) any decision of the fate of the Keystone XL pipeline, despite the fact every administrative review that has come back shows scarcely any environmental impact and that it will have a substantially positive economic impact. Landrieu consistently has called for its approval, in tune with public opinion on the matter in the state. Refusal to allow the northern portion to be built (the southern one, identical in impact, already is operational) continues to negate her campaign narrative that she deserves another term because of her “indispensability” to the state, mocked even more now that the Democrat has assumed the chairwomanship of the Senate Energy and Natural Resources Committee.

Perhaps to counter that, recently the Landrieu campaign beganrunning an ad featuring Donald Bollinger, a former state Republican state official and frequent delegate to the Republican National Convention – and who has donated to several Democrats in the past and whose family has given to Landrieu – repeating the narrative. Of course, Bollinger’s company gets a good chunk of its revenues from federal government orders that Landrieu no doubt can encourage from her perch – even as the federal government seeks a judgment against Bollinger Shipyards to recoup money for claimed substandard work.

So, yes, undoubtedly to Bollinger and perhaps his 3,000 employees she has been “indispensable” – who seems to be entirely unconcerned for the other 99.93 percent of the state’s inhabitants many of whom, for example, now have become net payers to finance the Patient Protection and Affordable Care Act, where Landrieu provided the crucial vote for its passage and which is reviled in the state. But as long as Bollinger gets his, he doesn’t care, and Landrieu is his meal ticket at most others’ expenses.

This was pointed out by her GOP challenger Rep. Bill Cassidy, who called the quid pro quo illustrative of a good-old-boy/girl system where insiders benefit and the devil take the remainder. As a campaign tactic, this relied upon his belief that the state’s political culture has evolved away sufficiently enough from its populist roots of trying to control government in order to have it redistribute resources from others to you so that people concentrate more on evaluating candidates by policy, where he holds a decisive advantage.

Still. Cassidy and others can expand the field of play on the influence issue to show that, even if Landrieu votes with Obama 97 percent of the time, on those few occasions where she asserts some kind of independence on behalf of the state she has influence over Obama zero percent of the time. He began to move that way when the same day the ad appeared he and other Republican members of the state’s House delegation called upon her as committee head to move legislation that would take the pipeline decision out of Obama’s hands.

This canny move gives Landrieu nothing to gain and everything to lose. Unless she can get something out of the committee in fairly short order, she can’t claim any special competence in being able to do it, because by her own campaign rhetoric she merely is doing what she’s supposed to be able to do, nothing more. By contrast, if she fails, it yet again invalidates her argument. And it must happen soon, or else that will be read (and reinforced through Republican messaging) as she lacks influence to get it moving (an admission she already has made tacitly in saying “I will press hard for a vote in the coming weeks to build this pipeline”). Nor would something like attaching the request to another bill, an idea recently floated, serve as an alternative for campaign purposes, because then she will have had nothing to do with it with such a rider skipping her committee beyond being a floor vote for it, nothing special as would be pointed out by her opposition.

And the argument can be expanded further. Landrieu also has stated she favors a push for permitting liquefied natural gas facilities for export of the product where also the Obama Administration has dragged its heels; her first committee hearing a month ago covered this subject. Cassidy and others can ask where she seems to have any influence here, and point out that, beyond issues of job creation in Louisiana and economic activity, that getting these going as soon as possible also improves national security.

Obama continues to put Landrieu in lose/lose situations, if not by her own fealty to his issue preferences, then by his captivity to ideology and his intransigence to the whims of out-of-state billionaires destroying her campaign narrative of effectiveness in fighting for the state. As she continues to carry unelectable poll numbers (most recently, only 42 percent in a poll that sampled 20 percentage points greater than the actual the proportion of Obama voters in 2012), if she wants to get reelected she desperately needs some kind of intervention to make Obama stop battering her. Bollinger’s ad is unlikely to serve as her white knight.