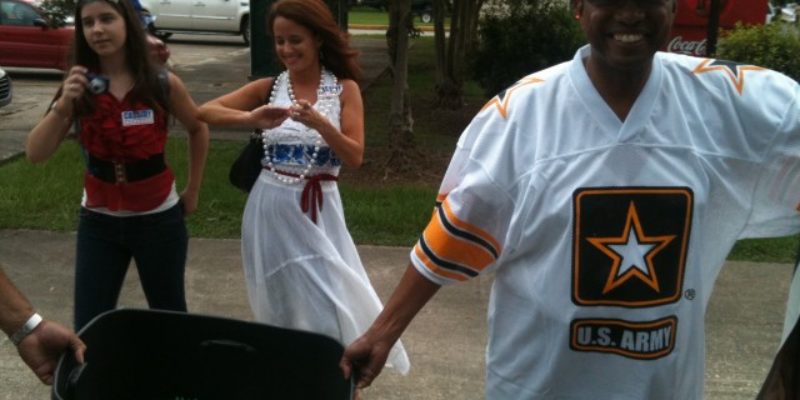 We asked this last night, but we’re going to ask it more loudly today. Namely, this: now that the East Baton Rouge Metro Council has voted to annex the Mall of Louisiana, does that mean the Mall now has to pay the CATS tax?

If that’s the case the Mall will be paying $160,000 a year in additional taxes – if you believe the estimate of Chief Administrative Officer William Daniel. Not everybody believes Daniel’s numbers and there are those who believe the figure will be much, much higher.

Why would the Mall want to volunteer to pay more taxes?

And is there a written agreement between the Mall and City Hall on this?

And then we have another question, which is this: should a neighborhood currently in the city limits but on the border of the unincorporated area choose to de-annex from the city, will Kip Holden, John Delgado and the rest of the power structure agree they no longer have to pay the CATS tax?

Shall the Capital Area Transit System (“CATS”), for the purpose of improving the availability and quality of public transportation for the City of Baton Rouge, including decreasing wait times, improving efficiency of routes, and improving signage and shelters, and to provide funds for the operations and maintenance of transit services in East Baton Rouge parish, and for capital improvements and acquisitions, including the acquisition of immovable property, be authorized to levy and collect a special tax of ten and six-tenths (10.6) mills on each dollar of assessed valuation on all property subject to taxation within the boundaries of the City of Baton Rouge for a period of ten (10) years, beginning with the tax collection for the year 2012, and annually thereafter to and including the year 2021? (An estimated Sixteen Million Six Hundred Sixty-Three Thousand Two Hundred Dollars ($16,663,200) is reasonably expected at this time to be collected from the levy of the tax for an entire year.)

Either the Mall of Louisiana has to pay the CATS tax because it’s now within the boundaries of the City of Baton Rouge, in which case somebody who de-annexes no longer has to pay the CATS tax, or the de-annexers are stuck paying the CATS tax even if they’re no longer in the city because they were within the boundaries when the tax was passed and the Mall doesn’t have to pay it because the taxing district encompasses the borders as they existed at the time of the vote.

It’s one or the other, but if somebody de-annexes you can bet your bottom dollar they’re going to try to say it’s both. You can never escape that tax.