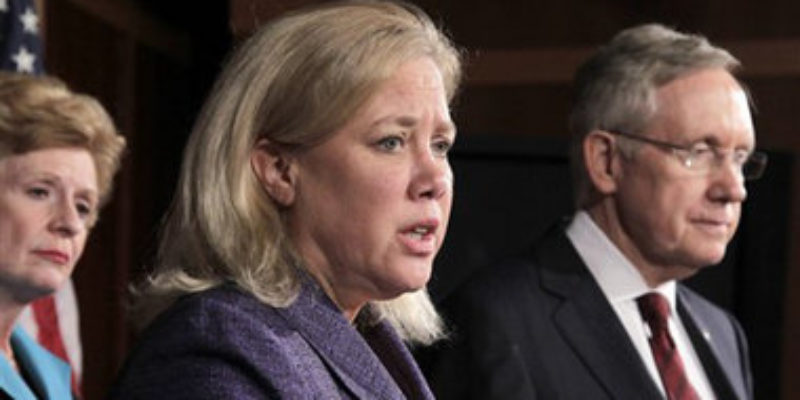 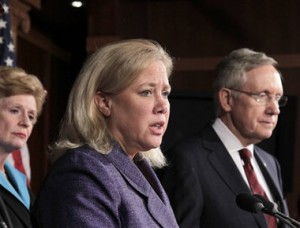 Senate Energy and Natural Resources Chairwoman and Sen. Mary Landrieu cannot seem to get fellow Senate Democrats on board with a plan to eliminate the Obama administration from the equation when it comes to the Keystone XL Pipeline.

Just now, Senate Democrats voted to block the Keystone Pipeline themselves, even though Landrieu said a week that she had been using her chair position/title to whip votes for the proposal, saying “We have more Republicans than Democrats, but a good number of Democrats, 11 to 15. And 15 is the magic number to get to 60 to send a bill to the president to get the Keystone Pipeline built.”

Landrieu’s effort was obviously not enough, as the AP reports.

Majority Leader Harry Reid used a parliamentary move Wednesday to block a Republican amendment on the pipeline as well as a measure to prevent the Environmental Protection Agency from imposing new greenhouse gas regulations on coal-burning power plants.

The move by Reid was indirectly supported by Landrieu, however, as she voted for Reid when it came time to elect a majority leader and donated $10,000 to Reid back in 2010.

In 2011, Reid wrote a letter to Hilary Clinton, calling the pipeline “unsustainable” and “dirty,” as reported by the Washington Post.

“The proponents of this pipeline would be wiser to invest instead in job-creating clean energy projects, like renewable power, energy efficiency or advanced vehicles and fuels that would employ thousands of people in the United States rather than increasing our dependency on unsustainable supplies of dirty and polluting oil that could easily be exported,” Reid wrote.

The letter marked the first time that Reid weighed in on the question of whether the pipeline should go forward.

Although Landrieu claims to be one of the few “pro-energy” Democrats left in the Senate, she has helped elect a number of anti-energy Democrat Senators, also including Sen. Barbara Boxer, whom she donated $10,000 to in 2010. Boxer has said that the pipeline has the potential to cause cancer.

Also, sources say that radical environmentalist Tom Steyer promised Reid and other Senate Democrats $100 million for 2014 if they stopped the Keystone XL project.