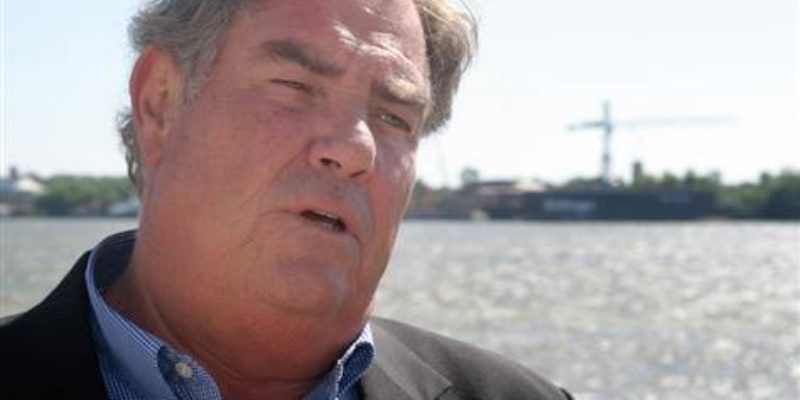 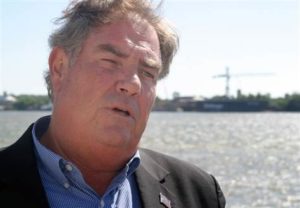 Senate-hopeful Col. Rob Maness is questioning whether Sen. Mary Landrieu’s (D-LA) most recent campaign ad featuring Boysie Bollinger, a politically connected shipbuilder, is actually just a political favor in return for all of the public money Landrieu has funneled to Bollinger’s company.

Maness said Bollinger is either a willing participant for Landrieu, in order to keep receiving federal funding for his shipyard via Landrieu, or he has become a “victim” to cronyism, in which Landrieu holds him to starring in her political ad, promising she will continue bringing home the bacon.

“The Bollinger-Landrieu relationship exemplifies all that is wrong with the emerging cronyist state,” said Maness.  “Bollinger and Landrieu extol their alliance as though it’s something to be proud of, but one has to wonder whether Bollinger is a willing accomplice or an indentured servant.”

Maness cited a report in the Times-Picayune that Landrieu helped “funnel hundreds of millions of dollars to build Coast Guard cutters at the Lockport shipyard.”

“On the surface, their relationship ensures the continued flow of federal contracts to Bollinger in exchange for campaign contributions and now TV commercials,” Maness said.  “If he willingly gives money to Landrieu and other political leaders to ensure the free-flow of taxpayer dollars to his company, that’s cronyism and it has to end.”

Maness continued, “But what if Boysie has found himself a victim of the cronyist state?  Could it be that he is unable to extricate himself from a vicious cycle of campaign contribution shakedowns in exchange for ‘help’ from Mary Landrieu and the federal government.”

Maness said Bollinger is portrayed as an Establishment Republican with Washington connections who was once State Finance Chairman of the LA GOP.

And, it is not doubt that Landrieu has been very kind to Bollinger and his shipyard, just as the Times Picayune reported.

Landrieu has been good for Bollinger Shipyards and its 3,000 workers — helping to funnel hundreds of millions of dollars to build Coast Guard cutters at the Lockport shipyard.

The funding continued to Bollinger despite a 2011 Justice Department suit seeking recoupment of money for eight vessels the company lengthened but later proved unseaworthy. U.S. District Judge Sarah Vance dismissed the lawsuit last year, and the Justice Department is now asking the 5th Circuit Court of Appeals to reinstate the lawsuit.

Maness said that Landrieu and career politicians often times position the federal government as the only avenue that can help businesses navigate bureaucracy by creating a flurry of taxes, laws and regulatory policies that keep small, local businesses from thriving.

“That’s how she maintains power and that’s what Lousianans and Americans are sick of,” Maness said.  “So many great American companies were built without government contracts or government subsidies.  We need real tax reform and real regulatory reform that will allow American companies to flourish without interference from or dependence on the American taxpayer or on politicians.”

As the Hayride reported days ago, the LAGOP found that just seven months ago, Landrieu arranged for Bollinger to receive a federal contract worth $250 million.

“Mary Landrieu’s track record of coming through for ordinary Louisianans doesn’t stack up with what she’s done for her well-connected friends. Her persistent failures — even as President Obama’s energy chair — to stand up to her friend Harry Reid to advance pro-energy, pro-growth policies have cost Louisiana for years. She also failed to tell Louisianans the truth about keeping their doctors under Obamacare and has been a rubber stamp for an Obama agenda that hinges on more spending, more debt and more government intrusion into citizens’ lives.

“Voters are fed up with the failed status quo that Mary Landrieu has come to represent after 18 years in Washington, and she knows it. But instead of changing her tune, all she is offering voters is more of the same.”

To read more about the $250 million Bollinger contract click here.

Rep. Bill Cassidy (R-LA), who is also running against Landrieu for the senate seat, called the ad with Bollinger a promotion of the ‘Washington insider system.’

Interested in more national news? We've got you covered! See More National News
Previous Article Ethics Complaint Filed Against Landrieu For Staged Political Ad
Next Article No Limits: Judge Rules Pro-Vitter PAC Can Raise As Much Cash As They Want