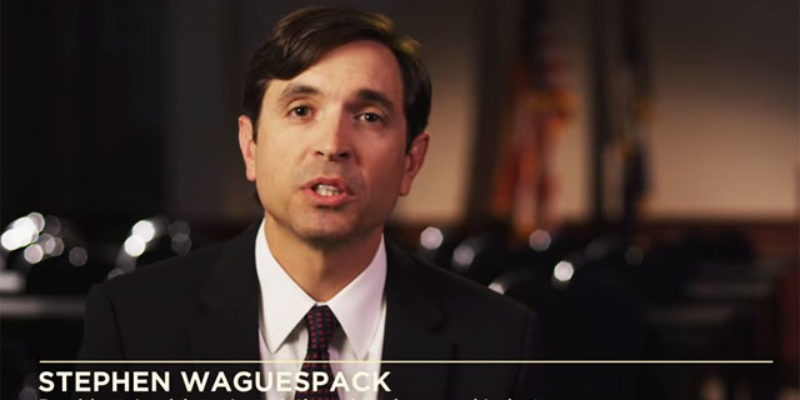 We were going to get to this last week, but some intervening developments pushed it aside. In the wake of Gov. Bobby Jindal’s decision last week to fight the Common Core-associated PARCC testing, which puts Jindal at odds with the state’s educational establishment and in particular his own hand-picked Education Secretary John White, the Louisiana Association of Business and Industry put out a video in support of Common Core.

What’s interesting about this, from our perspective, isn’t the actual Common Core debate. Frankly, and we’ve said this repeatedly, Common Core is a loser of an issue. A lot of Common Core opponents will tell you that it’s a conspiracy to put the federal government in charge of public education and that it imposes a curriculum that dumbs kids down and makes them susceptible to socialism, and those criticisms are mostly bunk – but not for the reasons you think.

Basically, the federal government is already in control of public education. It dispenses money based on the states’ compliance with its wishes, and it has done that long before Common Core came along. And it isn’t Common Core that imposes socialist indoctrination on your kids; the left-wing troglodytes who populate the educational system in inordinate numbers have been working at that goal for quite some time without any help from Common Core.

But the defenders of Common Core haven’t made a great case for debunking those criticisms, either. They keep trying to say these are just standards aimed at making kids better at math and that there isn’t any curriculum mandate, but nobody seems to believe it.

At the end of the day, the problem is public education. Period. It’s an outdated, obsolete 19th century system which doesn’t work on 21st century kids, and that’s why our kids don’t perform at a level we need. And further standardization of an overstandardized system only moves in the wrong direction.

What’s interesting about the video, though, is that it pits Stephen Waguespack, LABI’s president, against his former boss Bobby Jindal. LABI’s take is that Louisiana’s businesses, and particularly its burgeoning petrochemical and manufacturing sectors which have the better part of $100 billion on capital investment coming in the near future and as many as a quarter-million new jobs, can’t find enough high school graduates who can do math, and that’s going to short-circuit a long-term economic boom if it’s not fixed. And since Common Core is what’s out there with a hope of fixing the lousy public education in the state they’ve grabbed onto it.

That’s a reasonable position, even though it might be wrong, and the Common Core opponents haven’t addressed it. Jindal has said Louisiana needs its own standards which address the need for better performance in math, but if and when that should come to pass he runs a risk of being hit with accusations of Common Core-by-another-name if those standards look like what he’s now rejecting.

Meanwhile, nobody is demanding what’s really necessary – that we blow up the current model of public schools and bring in a competitive educational marketplace, complete with a panoply of different educational models, to replace it.