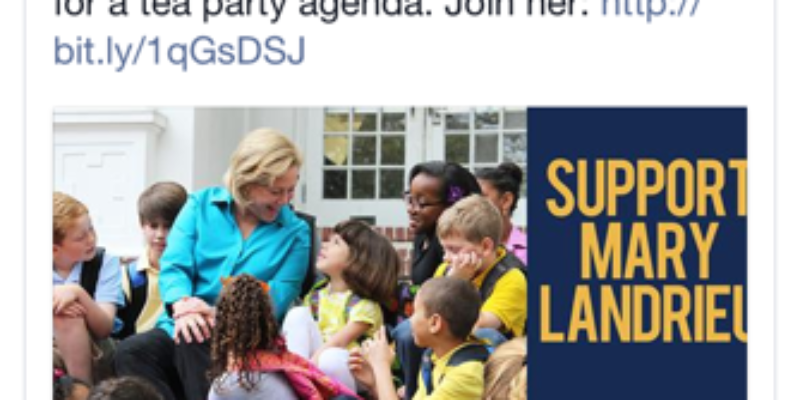 Sen. Mary Landrieu (D-LA), who is being challenged for her Senate seat which she has held for almost a decade, put out a new attack ad this week that mainly targets senate-hopeful Col. Rob Maness and the Tea Party movement.

In the ad, Landrieu says she is fighting for the people of Louisiana, not the Tea Party agenda. Here it is below: 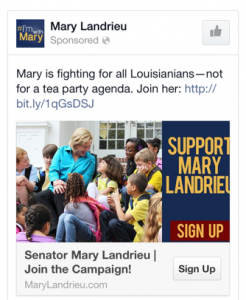 The attack ad, according to the Maness campaign, prove that the long-time Democrat Senator is worried that Maness is on the rise in the Senate-race, citing that Maness was just endorsed by the Tea Party Express and conservative leader former Gov. Sarah Palin.

“It’s striking that just days following Col. Maness’ endorsement by Tea Party Express and the astonishingly strong reception Rob received in each city on the endorsement tour, that Sen. Landrieu feels the need to acknowledge and attack the tea party movement,” Campaign Manager Michael D. Byrne said.  “This is perhaps the most telling development in the Senate race to date.”

Byrne said that the ad is evidence of how “nervous” Landrieu’s campaign is at the prospect of a run-off with Maness, not Rep. Bill Cassidy (R-LA), who has been endorsed by the LAGOP and Sen. David Vitter (R-LA) and is touted as being the potential run-off challenger to Landrieu.

“Rob has momentum that the pundits and the political class never thought possible,” said Byrne.  “And for the first time, Sen. Landrieu knows she’s going to face a real conservative as her opponent in the run-off election if she doesn’t do something fast to stop him.”