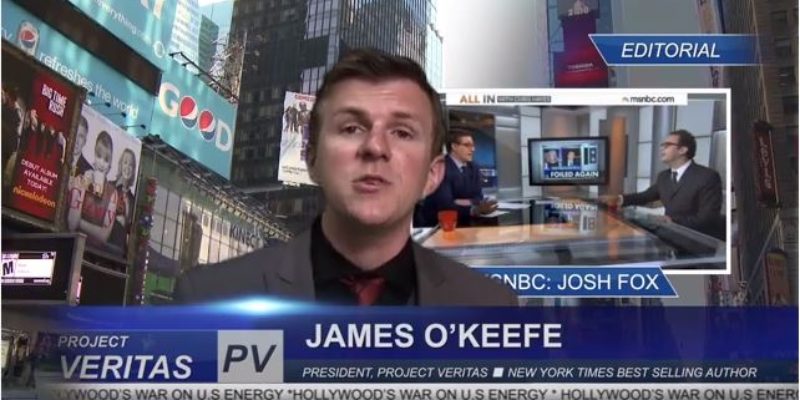 This installment of the Project Veritas Hollywood anti-fracking sting doesn’t quite have the meat on it that the first installment did, in that it’s not quite the slam-dunk, “they said it” expose of famous movie-industry types openly admitting they don’t care that Middle East oil money would be funding an anti-fracking film purely out of an attempt to stop American energy independence.

That said, it’s still an interesting piece. In it, someone named Chris Talbott, who says he’s a filmmaker in his own right but is affiliated with actress and left-wing activist Susan Sarandon is just as open about the idea that Middle East oil money would fund an anti-fracking film as Ed Begley, Jr., Muriel Hemingway and Josh Tickell were. In fact, Talbott thinks it’s a good idea to use the fact Middle East oil money is backing anti-fracking movies as a marketing ploy for the film.

Seriously. It’s in the video…

There’s a reason you’ve never heard of Chris Talbott. He’s obviously not the brightest bulb. He might not be familiar with the box office performance of Matt Damon’s anti-fracking vehicle Promised Land after the public found out it was Abu Dhabi oil money funding that project.

And there isn’t at this point a very successful attempt at landing an in-person indictment of Susan Sarandon as being supportive of Arab petrodollars insinuating themselves into the anti-fracking film in question. She appears as a friendly and supportive angel of the project, but nowhere is Sarandon on camera voicing support. In fact, Talbott, who purports to speak for Sarandon and is in fact placed in the meeting with “Mohammed” by her as her representative, voices the concern that should the public understand a clandestine connection between anti-fracking propaganda and Arab petrodollars that involves Sarandon she would be damaged by it.

But faced with that realization, his instinct isn’t to run screaming from the prospect of Middle Eastern-funded anti-fracking agitprop; it’s to present the connection as open, as though it’s a good thing.

He’s not a particularly bright bulb. Josh Fox, the maker of Gasland who started the Hollywood anti-fracking propaganda craze, has made a tangential appearance in O’Keefe’s series and it’s clear Fox isn’t stupid like Talbott is.

O’Keefe’s crew attempted to sucker Fox in, but got nowhere…

It’s unfortunate – the Project Veritas operative trying to reel Fox in comes off as a bit of a wannabe, and his junior-man-trying-to-get-a-foot-in-the-door presentation appears to run Fox off more than the idea of another anti-fracking film financed by Arab oil does – so there isn’t really a true test for the question whether Fox’s potential anti-American energy quotient is on the same level as Begley, Hemingway and Tickell’s are.

But O’Keefe promises a third segment. We’ll see where the sting leads.

Interested in more national news? We've got you covered! See More National News
Previous Article SARGE: It’s Not So Hard
Next Article Y’all Hear About The Cat From Starkville Who Tore Into Lafayette This Week?